Prime Minister Narendra Modi and Chinese Premier Xi Jinping will be meeting for a summit at Mahabalipuram on October 11 and 12.

All eyes are on the coastal town of Mahabalipuram in Tamil Nadu where Prime Minister Narendra Modi and Chinese President Xi Jinping will hold an informal summit on October 11 and 12.

This is the second informal summit between the two leaders. The first Indo-China summit was held at Wuhan in China last year, where the leaders normalised relations between the two countries following a military stand-off at Doklam in 2017.

Security has been stepped up in Chennai and the coastal town, with entry barred for all except residents of the town. Archaeological sites in Mahabalipuram have been spruced up ahead of the VVIPs’ visit, with public entry to the sites banned until the end of the summit.

The venue of Prime Minister Narendra Modi’s meeting with China’s President Xi Jinping over Friday and Saturday has been referred to, interchangeably, Mamallapuram and Mahabalipuram. It is 56 km to the south of Chennai on the coast. The Ministry of External Affairs’ media advisory mentions ‘Mahabalipuram’, and officials have been using that name in informal communication. Read More

New border CBMs to be one of the major themes of discussion between Modi, Xi today

Sources said the CBMs, which were agreed upon in 1993 and 1995, have become outdated with the advent of technology over the last 25 years. “The idea is to maintain peace along the Line of Actual Control. So, there is a need for the two leaders to discuss whether the existing CBMs, which date back more than two decades, need to be updated or supplemented,” sources said. While the broad contours will be discussed between Modi and Xi, the CBMs may be announced during the Special Representative-level talks or during a meeting between defence officials.

New and updated confidence building measures (CBMs) along the border will be one of the major themes of discussion during the two-day second informal summit between Prime Minister Narendra Modi and Chinese President Xi Jinping starting Friday, sources told The Indian Express. Read More

Trains via Guindy to have temporary halt on Friday

Tamil Nadu Chief Minister Edappadi K Palanisamy along with other AIADMK office-bearers made a spot visit to Mamallapuram and reviewed the security arrangements ahead of the highly anticipated summit taking place on October 11 and 12.

Tamil Nadu Chief Minister Edappadi K Palaniswami took to Twitter on Wednesday and urged people in the state to give a warm welcome to  Prime Minister Narendra Modi and Chinese President Xi Jinping wholeheartedly to Tamil Nadu ahead of their two-day summit at Mahabalipuram.

Traffic restrictions in Chennai on Friday and Saturday

Chinese premier Xi Jinping is expected to land in the city by Friday afternoon and will be heading to ITC Grand Chola near Guindy, where he would be staying during his two-day trip. As part of the security measures, the Greater Chennai Traffic Police (GCTP) has imposed restrictions on the movement of traffic along Old Mahabalipuram Road (OMR), East Coast Road (ECR), Anna Salai, Sardar Patel Road, and GST Road in Chennai.

Chennai city police step up security in Chennai along OMR

With the Modi-Xi summit set to take place at Mahabalipuram tomorrow, the Chennai City Police have tightened security in Chennai along the Rajiv Gandhi IT Expressway / Old Mahabalipuram Road (OMR). Police personnel have been setting up barricades outside the Kasturibai Nagar MRTS Station opposite Madhya Kailash in a bid to streamline the crowds.

The convoy of Chinese President Xi Jinping is expected to travel from from ITC Grand Chola Hotel in Guindy towards Mahabalipuram via OMR and take the East Coast Road (ECR) from the Sholinganallur junction.

Mahabalipuram: All you need to know about the town

With Prime Minister Narendra Modi and Chinese President Xi Jinping set to attend their second, informal summit at Mahabalipuram in Tamil Nadu on Friday and Saturday, all eyes will be on the temple town which is home to various stone sculptures and temples carved during the Pallava era.

With the temple town undergoing a makeover ahead of the VVIPs’ visit, here is all that you need to know about this historical site which is a popular destination for tourists from around the world.

Read full story | Mahabalipuram: All you need to know about the coastal town in Tamil Nadu

From AD 1 to 600, transmission of Buddhism from India to China paralleled an active trade between the two countries. Buddhism was the main factor in promoting mutual interactions. According to Chinese scholar Liu Xinru, India was considered to be a holy land by many due to religious reasons. Buddhism rituals and religious activities promoted the production and distribution of commercial goods.

During AD 600 to 1400, there was a realignment in Indo-Chinese relations. Despite the decline in Buddhism, non-Buddhist merchandise between the two countries began to thrive, especially after AD 1000. At the same time, due to political instability in Central Asia, maritime routes became a more viable way for transporting commodities.

Departures and arrivals at Chennai International Airport likely to be affected

With Chinese President Xi Jinping's convoy expected to leave from the Chennai International Airport after 02:30 pm on Friday, arrivals and departures at the airport are likely to run into a few delays. More than 30 flights are expected to face delays between 12 pm and 3 pm, owing to the arrival of the flights of Prime Minister Narendra Modi and Chinese President Xi Jinping.

According to the Airports Authority of India (AAI), there will be no more aerial movement at the airport during the touch down of the VVIPs' flights. Although passenger flights may not be rescheduled, AAI has directed airlines to inform passengers to arrive at the airport for departure well in advance.

When the Pallavas ruled Mamallapuram and traded with the Chinese

The name Mamallapuram derives from Mamallan, or “great warrior”, a title by which the Pallava King Narasimhavarman I (630-668 AD) was known. It was during his reign that Hiuen Tsang, the Chinese Buddhist monk-traveller, visited the Pallava capital at Kanchipuram. 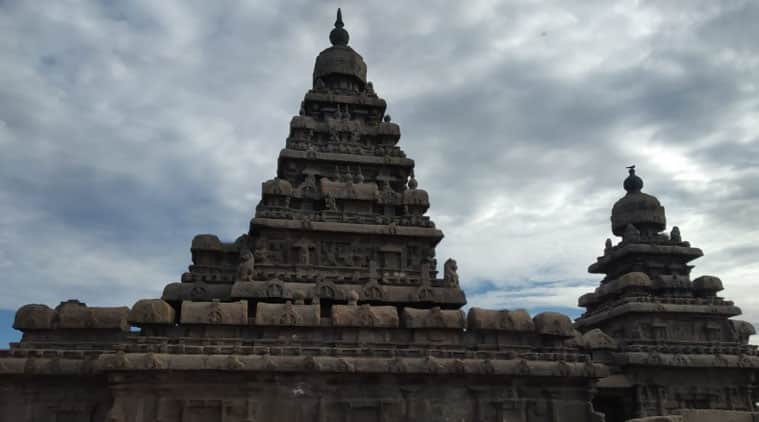 Narasimhavarman II (c.700-728 AD), also known as Rajasimhan, built on the work of earlier Pallava kings to consolidate maritime mercantile links with southeast Asia. Most interestingly, as historian Tansen Sen recorded in his 2003 work Buddhism, Diplomacy and Trade: The Realignment of Sino-Indian Relations, 600-1400, Narasimhavarman II sent a mission to the Tang court in 720 with a request that would seem unusual in the context of India-China relations today.

History of Tamil-Chinese interaction is more than 2000 years old

The history of Tamil-Chinese interactions dates back to two thousand year ago. From the renowned Buddhist monk XuanZang to nameless explorers, numerous Chinese travellers and historians have left notes on Tamil people and Tamil Nadu in the past two thousand years. The earliest historical document which recorded this mutual contact was Hanshu (The History of Han Dynasty) in 111CE. Till the last feudal dynasty, the Qing Dynasty (1636- 1912), records of Tamil-Chinese exchanges can be traced abundantly in both official and folk historical documents.

More than 1500 students from Everwin school in Kolathur area of Chennai orchestrated a grand reception to Chinese President Xi Jinping ahead of his visit to the city on October 11. They were seen wearing the masks of the Chinese premier and waved flags of India and China.

Artists rehearse ahead of cultural performance at summit

About 700 dancers have been roped in for a cultural performance at the Modi-Xi summit at Mahabalipuram. Dancers from the Kalakshetra Foundation in Chennai are expected to put up a Bharatanatyam and Kathakali recital for the leaders at the summit.

“Preparations for cultural events to greet the delegation are in the final stages. About 700 dancers have completed rehearsals. We have arranged folk and traditional dancers, and musicians, too,” said an IAS officer to The Indian Express. Officials overseeing security preparation ahead of the Modi-Xi summit told The Indian Express that several roadside tea stalls have been dismantled, and encroachments on government lands removed at Mahabalipuram. Dozens of shops near the shore temple, where Modi and Xi are expected to spend most of their time Friday evening, have been shut for days. Government transport buses have been asked to stop 3 km outside town. City airport gets a makeover ahead of Modi-Xi summit

Preparations are underway to give Chennai International Airport a makeover as the city gets ready to welcome Prime Minister Narendra Modi and the Chinese Premier Xi Jinping ahead of the Modi-Xi summit at Mahabalipuram on October 11 and 12.

Tamil Nadu: Preparations being done at Chennai Airport ahead of the arrival of Chinese President Xi Jinping. The Chinese President will visit Chennai from October 11-12 for the second Informal Summit between Prime Minister Narendra Modi and him. pic.twitter.com/4pHsgwcjvh

Watch | Two days to go for Chinese President Xi Jinping’s visit to attend the informal summit with PM Modi in Mahabalipuram, Tamil Nadu is going all out to ensure that the pieces are in place for the 200-member delegation from China. pic.twitter.com/6vuDfhiMNJ

The Archaeological Survey of India (ASI) announced on Tuesday that public entry to tourism sites at Mahabalipuram such as the iconic Shore Temple, Pancha Ratha temples, Krishna Butterball, Lighthouse etc has been barred until the end of the VVIPs’ visit for security purposes.

Fishermen, swimmers and surfers have been barred from venturing out into the sea at Mahabalipuram until the end of the summit.

Work in progress at Krishna’s Butter Ball, a monument that Modi and Xi are expected to visit. (Express Photo: Arun Janardhanan)

Ahead of Prime Minister Narendra Modi and Chinese Premier Xi Jinping’s informal summit in Mahabalipuram on October 11 and 12, the Tamil Nadu police have stepped up security in and around Chennai and the temple town.

Several platoons of state police personnel have been deployed to patrol the road between Mahabalipuram and Akkarai which leads to the site of the summit.

Confirming the second informal summit between India and China, the Ministry of External Affairs Wednesday said Chinese President Xi Jinping will visit Chennai from October 11-12. During his visit, both the leaders are expected to hold comprehensive talks on a host of issues concerning the bilateral relations and exchange views on regional and international issues.

Explained: Going back 1,300 years, the story of Mahabalipuram’s China connection