The Supreme Court granted the Hindus the disputed land in Ayodhya on Saturday. (Reuters )

Security has been strengthened across Tamil Nadu today, after the Supreme Court ruled if favour of the Hindu and granted the disputed land for the construction of Ram Mandir at Ayodhya in the highly disputed Ram Mandir-Babri Masjid case on Saturday.

The state police have been conducting stringent checks at railway stations, bus stands, religious places and airports in Tamil Nadu. Flexboard and pamphlet printing stores have been directed to not print slogans or writings, while a ban had been imposed on the sale of petrol in bottles and cans.

The Tamil Nadu State Marketing Corporation (TASMAC) will take a call on closing liquor outlets across the State based on the situation. Meanwhile, all government and private schools in Krishnagiri have declared a holiday today.

Get Chennai, Tamil Nadu news today with live updates on the reaction in the State on the Ayodhya Ram Mandir-Babri Masjid Supreme Court verdict through the day. Also read our Bangalore News Live Updates | For updates in Tamil, follow our IETamil Live Blog |

DMDK leader and Kollywood actor Vijayakanth welcomed the decision and said that the Ayodhya verdict, which had been anticipated for years is a welcome decision for people of all religions. 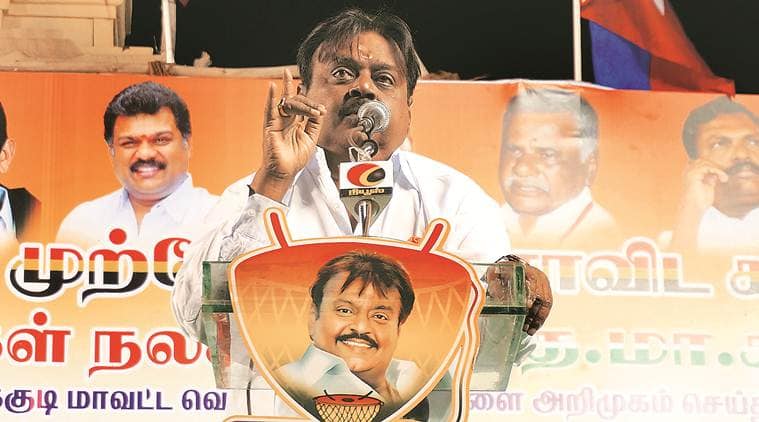 'No room for happiness or sadness', says Madurai Adneenam

Saivite mutt Madurai Adneenam remarked on the Supreme Court judgement that there was no room for happiness or sorrow in the Ayodhya verdict.

"No need to debate on the Supreme Court's verdict", said Kader Mohideen, the National President of the Indian Union Muslim League.

Commenting on Ayodhya verdict, Naam Tamilar Katchi (NTK) chief Seeman said only the judgment has been delivered and not justice. Taking to Twitter, he wrote "The Supreme Court said that the demolition of Babar Masjid is a crime, but it has not given any punishment for the people who were responsible for it, I am deeply disappointed with this. The demolition of Babar Masjid is not only against the Muslim sovereignty but also against India."

AIADMK MP Anwar Raja lauded the verdict given by the Supreme Court today and said that everyone should accept the court's verdict.

A 100-year-old dispute has come to an end with the SC verdict: H Raja

All India Samuthuva Makkal Katchi leader and Kollywood actor Sarath Kumar commented on the Ayodhya verdict which was passed earlier today and said that everyone should respect the Supreme Court's judgement.

Senior BJPP leader La Ganesan commented on the verdict and said that he welcomed the verdict of the Supreme Court wholeheartedly and added, "It was a judgement that did not result in the win or loss of the parties at the cost of others."

PMK founder Ramadoss commented on the Ayodhya verdict and said that he hoped the verdict will foster religious tolerance and respect among everyone in the country.

Speaking about the Ayodhya verdict, DMK president M K Stalin said, "We need to move forward with religious tolerance. Following the judgment, I hope the stakeholders will exercise caution without any prejudice and without hampering the country's development."

Actor Rajinikanth said he respects the Supreme Court's judgment and urged everyone to respect it. Speaking to reporters at his residence after the verdict, he said, "Everyone should respect the Supreme Court's judgment for the unity and development of the country. Irrespective of one's religion, everyone should come together and work toward's it, Jai Hind."

Tamil Nadu Congress Committee leader KS Alagiri has said that the Congress party accepts the Supreme Court's verdict on the Ayodhya case and requested the citizens of the country to respect the judgment. He added that after analyzing the pros and cons of the case, the bench of justices have delivered a clear judgment. SC judgement is not based on evidence : MP Thol Thirumavalavan

VCK chief and member of parliament Thol Thirumavalavan claim that the Ayodhya verdict is not based on evidence. Taking to Twitter on Saturday, he wrote "The Supreme Court's verdict on the Babar Masjid case is not based on law and evidence. Considering the law and order situation and social harmony, the judgment has been delivered."

Security stepped up outside Triplicane mosque

With the Ayodhya verdict having been delivered, police have beefed up security outside the Triplicane mosque in Chennai. 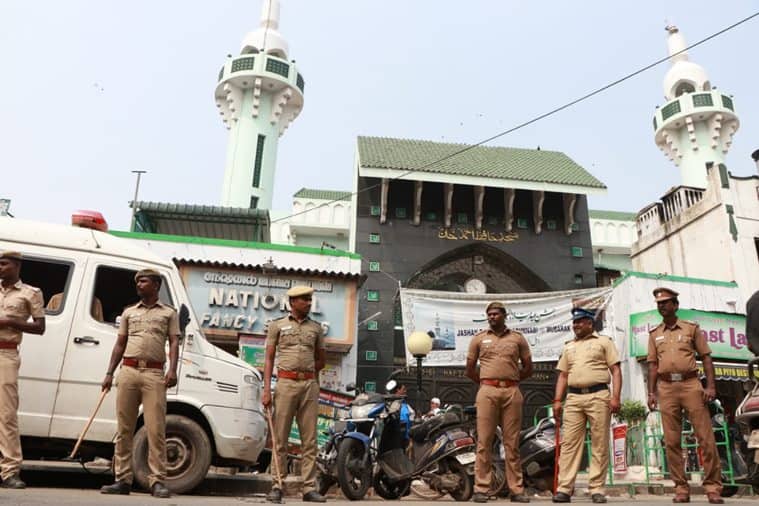 Here's a timeline of the Ayodhya case, right up to today when the Supreme Court will deliver its judgment. A five-judge bench headed by the CJI had reserved its order in the case on October 16. Tamil Nadu Education Minister KA Sengottaiyan Saturday said that schools in Tamil Nadu will function as usual on Saturday. Speaking to the reporters at Gobichettipalayam, he said that according to the situation and after seeking the advice from the Chief Minister, a decision will be made.

The Greater Chennai City Police have been ordered to stay alert as the verdict in the AYodhya case is set to be announced today. According to a senior police official, the police in the city have been investigating private hotels, while places of worship and sensitive areas across Chennai have been provided with extra security. The official said that the police said are actively patrolling and are ready to face any situation.

The police have also heightened security at major railway stations in Chennai, with passengers being granted entry only after screening their luggage at the baggage check points.

Tamil Nadu Chief Minister Edappadi K Palaniswami directed all parties in the State to respect the decision of the Supreme Court once the verdict is announced today and said, "There should be no room for disturbances in law and order today."te,

Addressing the people in the State, EPS urged citizens to maintain peace no matter the outcome of ther verdict and said that Tamil Nadu should tranform itself into a 'peace park'.

Good morning!
Welcome to the live blog from Chennai where we bring to you the latest updates on security measures and other precautions undertaken in Tamil Nadu today ahead of the Supreme Court verdict. Follow the blog to stay up to date with the city in real time. 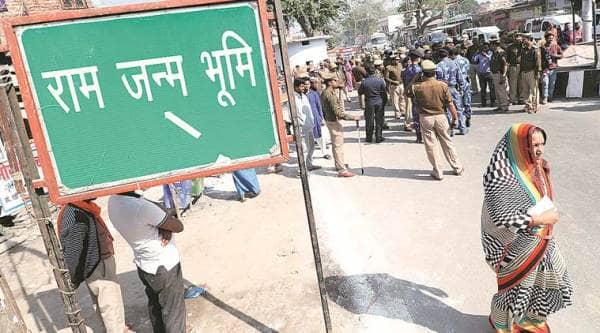 The verdict is expected to settle an issue that has for decades been a religious and political flashpoint.. (Express file)

The Supreme Court will on Saturday pronounce its verdict in the decades-old Ram Janmabhoomi-Babri Masjid dispute at 10.30 am.

The Top Court will rule on appeals against the 2010 verdict of the Allahabad High Court, which ordered a three-way division of the disputed 2.77 acres between the Nirmohi Akhara sect, the Uttar Pradesh Sunni Central Waqf Board and Ramlalla Virajman.

As the nation braced for the Supreme Court ruling Saturday on the disputed Ayodhya site, Prime Minister Narendra Modi called for calm, underlining that the judgment “will not be anyone’s loss or victory”.

READ | Ayodhya verdict: PM Modi calls for calm — Whatever the verdict, it will not be anyone’s loss or victory