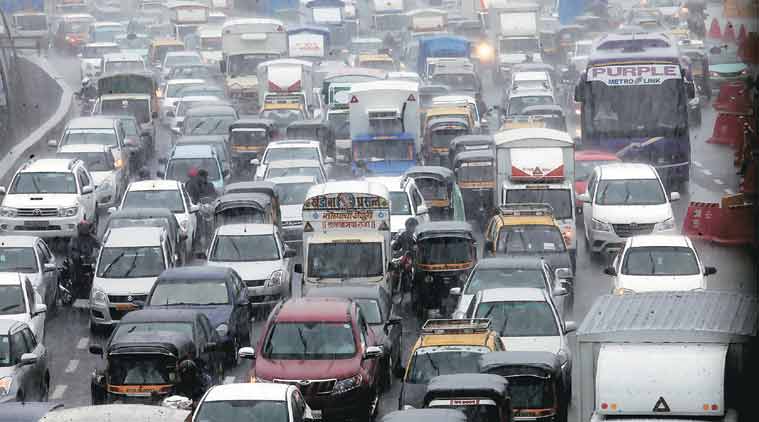 The traffic police will also organise a ‘car-free’ week in the first week of January to make the people aware of the traffic-related problems.

On the lines of Delhi, the Chandigarh Police has mooted a proposal for plying of the vehicles with odd and even numbers on alternate days to minimise the traffic congestion. The proposal has been sent to UT Advisor Vijay Kumar Dev by Inspector General of Police (IG) R P Upadhyay.

The proposal also suggests construction of underpasses on busy stretches in the city and staggering office timings.

The proposal states that if the construction of the flyovers or underpasses could not be done expeditiously then the vehicles with odd and even registration numbers should ply on alternative days which will reduce the traffic volume on the roads. The traffic police will also organise a ‘car-free’ week in the first week of January to make the people aware of the traffic-related problems.

The UT Police has also suggested that a flyover or an underpass should be constructed on Dakshin Marg from Chandigarh-Mohali border and airport light point up to Tribune Chowk in Sector 29. The flyover or the underpass would go towards Faidan barrier on one side and Modella lightpoint on the other. Another flyover or underpass has been proposed on Madhya Marg between the roundabout near Grain Market in Sector 26 up to Dhillon lightpoint near Fun Republic.

The traffic police authorities also suggested that the timings of all the government offices should be staggered to avoid major traffic jams in different parts of the city, especially in the morning and evening hours.

It was also suggested that multi-level parking lots should be constructed near Elante Mall, district courts in Sector 43 and at the markets of sectors 35 and 22.

Chandigarh has around 10 lakh registered vehicles. In addition, there is a floating population of around 1.5 lakh vehicles. The proposals of the Chandigarh Administration to promote public transport are hanging fire. Neither the proposal for Metro Rail nor Bus Rapid Transport System have taken off.

IG R P Upadhyay said, “I have sent the proposal to the Adviser. The proposal has been prepared to minimise traffic congestion in the city.”

However, UT Adviser Dev said that he was yet to receive the proposal.