Tandon’s century propels Chandigarh to 378 for 4

After restricting Nagaland to a first innings total of 163 runs, Chandigarh started the day with the score board reading 65 for 1 in 20 overs. 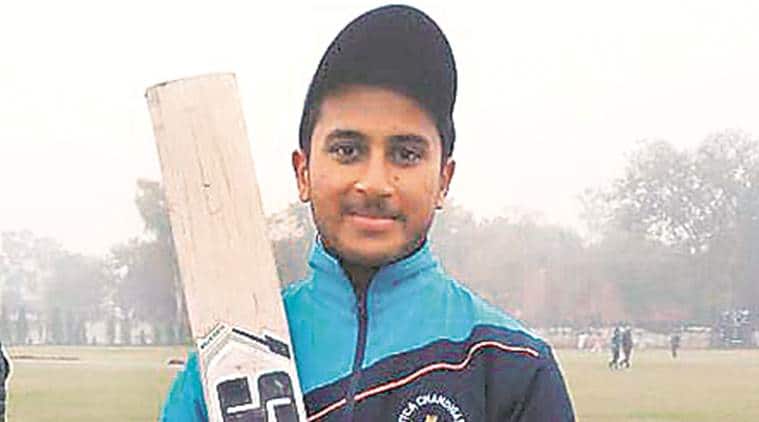 Tandon played a knock of 109 runs off 227 balls and smashed 13 boundaries during his stay at the crease.

A superb century by Anirudh Tandon (109) apart from half-centuries by Surya Narayan Yadav, Pratham Singh and Akshit Rana helped Chandigarh to post a total of 378 for 4 in 106 overs in their first innings against Nagaland on the second day of the Cooch Behar Trophy, being played at Government Senior Secondary School, Sector 26.

After restricting Nagaland to a first innings total of 163 runs, Chandigarh started the day with the score board reading 65 for 1 in 20 overs. Tandon and Chirag Dhindsa added 19 runs in the day before Dhindsa was caught by Yugandhar off the bowling of Imtizungted at an individual score of 37 runs in the 26th over. Tandon and skipper Surya Narayan Yadav were then involved in a 141-run partnership for the third wicket before Yadav was run out at an individual score of 60 runs after a brilliant throw of Afzal in the 69th over. Yadav’s 112-ball stay at the crease saw him hitting seven boundaries. Tandon was then joined by Pratham but Tandon departed in the next over as he was clean bowled by Daniel. Tandon played a knock of 109 runs off 227 balls and smashed 13 boundaries during his stay at the crease.

At that time, Chandigarh score read 226 for 4 and the duo of Akshit Rana and Pratham added 152 runs for the unbroken fifth wicket as Chandigarh ended the day at 378 for 4 in 106 overs. Rana played an unbeaten knock of 94 runs off 93 balls. His stay at the crease saw him hitting ten boundaries and three sixes. Pratham remained unbeaten on 53 runs off 130 balls and smashed four boundaries and one six. For Nagaland, Imtizungted, Hem and and Daniel claimed one wicket each.

Meanwhile, in a match of Col CK Nayudu Trophy being played at Mahajan Cricket ground, IT Park, Chandigarh ended the day with a first innings’ score of 288 for 7 after bundling out Meghalaya for a first innings’ score of 119 runs. Resuming their innings at 48 for 3, Chandigarh were helped by a century by Aayush Sikka (128 off 118 balls and Amrit Lal Lubana (56 runs off 73 balls) as the team ended the day leading Meghalaya by 169 runs. For Meghalaya, Roshan Warbah claimed three wickets for 69 runs while Aditya Verma, Arbin Singh and Lokesh Turah claimed one wicket each.