Beleagured Sukhbir Badal grapples with SAD crises ahead of polls 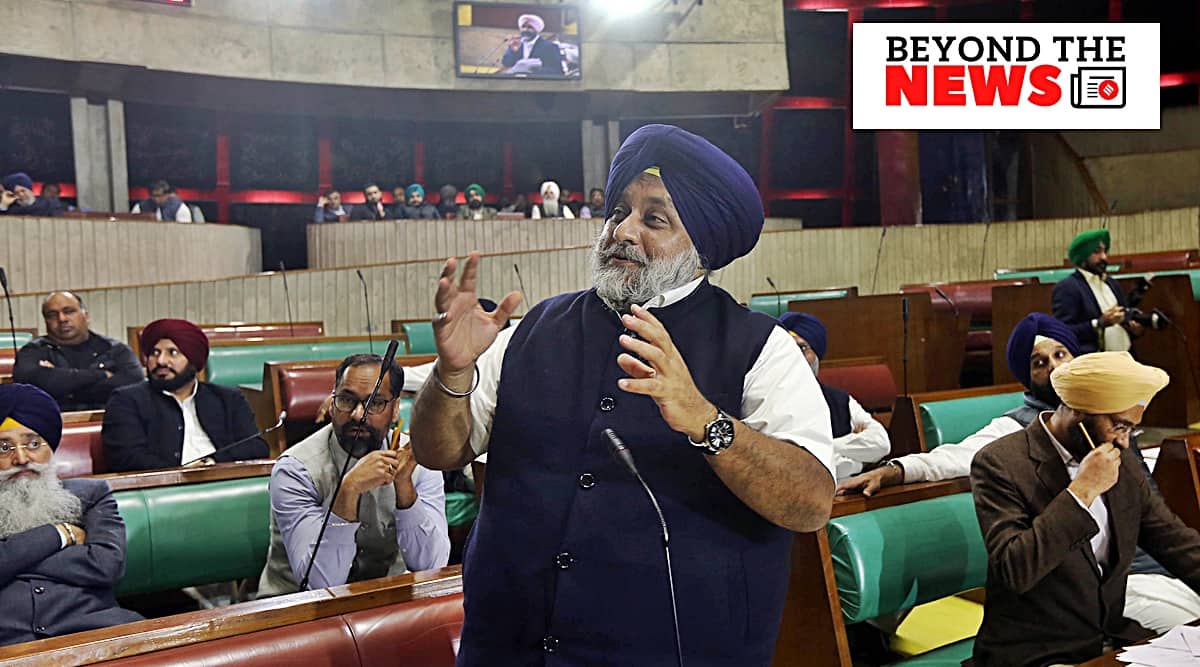 Fissures have again surfaced in the Shiromani Akali Dal (SAD) with the desertion of more leaders causing a fresh setback to its prospects while dealing another blow to party president Sukhbir Singh Badal’s leadership in the run-up to the Punjab Assembly polls scheduled for early 2022.

Senior Akali leader and a close aide of Badal, Manjinder Singh Sirsa’s move to quit the party and switch to the BJP is yet another pointer to the crises gripping the SAD leadership which has been struggling to put its house in order ahead of the crucial, high-stakes polls.

A member of the SAD Core Committee, Sirsa has been a prominent face in Delhi of his party that severed its relations with the BJP and walked out of the ruling NDA in September last year over the Centre’s three farm legislations which were repealed a few days ago. The SAD was the BJP’s oldest ally. Subsequently, it forged an alliance with the Mayawati-led BSP. 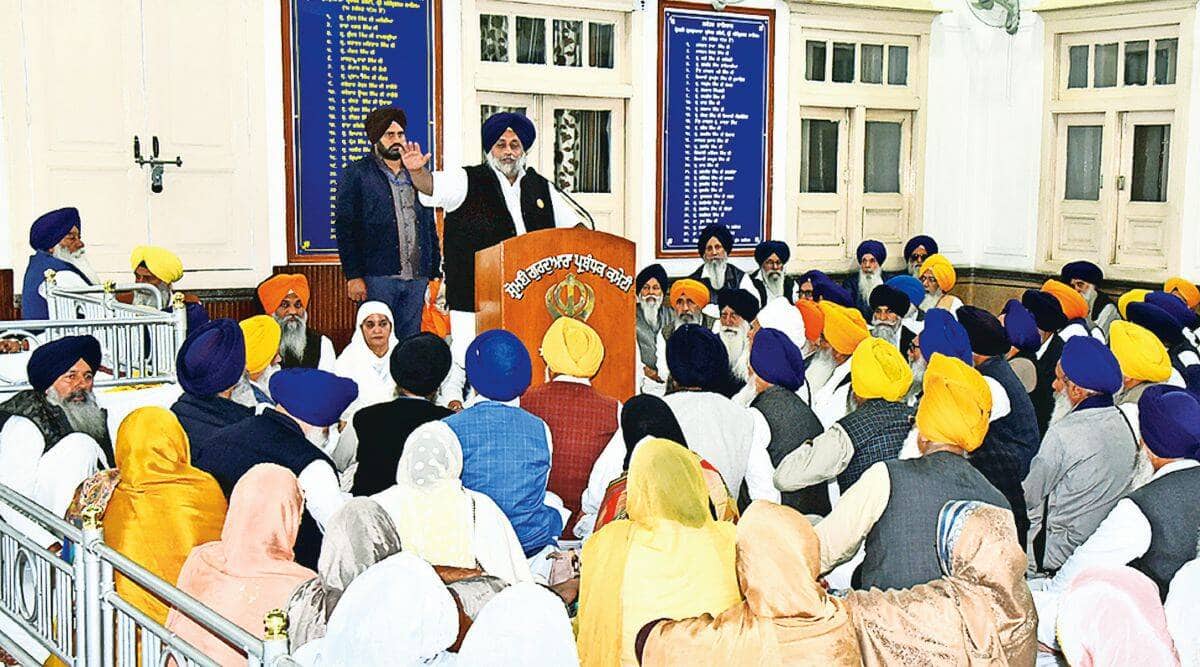 SAD president Sukhbir Singh Badal during a meeting with SGPC officials at the Golden Temple Complex in Amritsar. (File)

Just before quitting the Akali Dal, Sirsa also quit as president of the Delhi Sikh Gurdwara Management Committee (DSGMC), which was among the outfits that supported the farm agitation and organised langar at the protest sites at Delhi borders.

Sikh voters ahead of the Punjab polls. 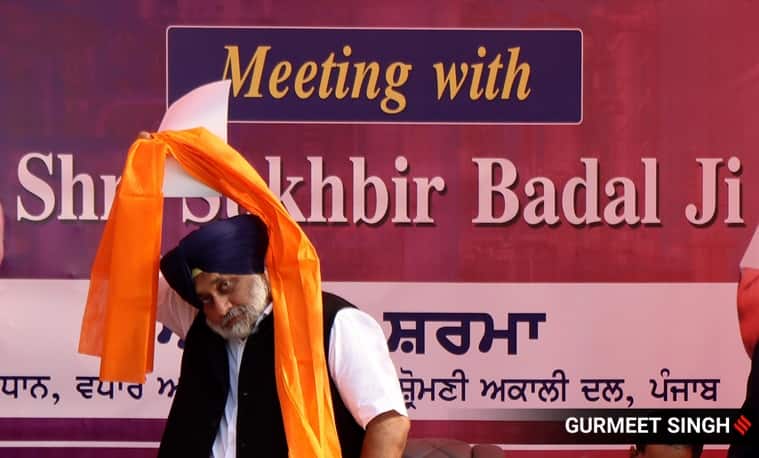 Sukhbir Badal during an event in Ludhiana.

Hitting out at Sirsa, the SAD said he betrayed the “Khalsa Panth” and switched to the BJP as cases were registered against him.

as he faced several cases and that the latter “succumbed to pressure tactics of BJP”. Reeling under a wave of setbacks, Badal has been grappling with the formidable challenge to put up a fight in the Punjab polls, which has turned into a four-cornered battle, with the other three contenders including the ruling Congress, the AAP, and former Congress leader and ex-chief minister Capt Amarinder Singh’s Punjab Lok Congress, which is likely to tie up with the BJP.

The Congress still seems to be a formidable player in the electoral fray, with new CM Charanjit Singh Channi ~ the first Dalit CM of Punjab that accounts for a substantial Scheduled Caste (SC) population ~ and state party president Navjot Singh Sidhu leading its charge.

By all accounts, the Punjab elections will be crucial for Badal’s political future.

The SAD was relegated to the third position in the Punjab Assembly polls in 2017, winning only 15 of the total 117 seats. The then-fledgling AAP edged it out, emerging as the principal Opposition party in the state.

In the wake of the SAD’s 2017 electoral debacle, veteran Akali leaders, Sukhdev Singh Dhindsa, Ranjit Singh Brahampura and late Sewa Singh Sekhwan, had blamed Sukhbir for “worst ever political performance of the party”. The trio subsequently parted ways with the party and formed their own outfit.

Parminder Singh Brar, who headed SAD’s IT wing earlier before joining the Congress, also joined the BJP on 1 December.

Commenting on Sirsa’s exit, a senior Akali leader said, “This is a setback for Sukhbir Badal’s leadership as SAD chief, especially when he had worked hard to keep the flock together after earlier revolts by senior party leaders.”

The development poses a new challenge to Badal, who was credited with scripting the back-to-back victory of the then SAD-BJP alliance in the 2012 Punjab Assembly elections, but was equally blamed for his party’s worst-ever debacle in 2017 polls.