Study: 23 per cent of Chandigarh residents above 30 have hypertension 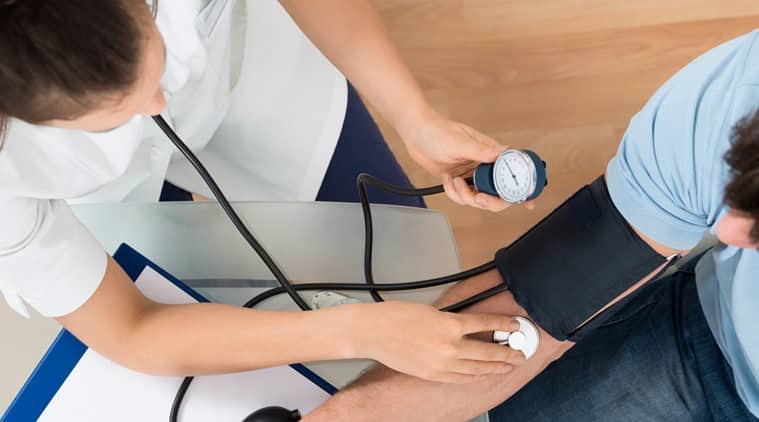 Nearly 23 per cent Chandigarh residents above 30 have hypertension. (Representational Image)

As much as 23.6 per cent of persons in the age group above 30 years screened under National Programme for Prevention and Control of Cancer, Diabetes, Cardiovascular Diseases and Stroke (NPCDCS) in Chandigarh were diagnosed with hypertension, while the number of patients diagnosed for diabetes was 16.5 per cent, the latest statistics provided by Chandigarh health department has revealed.

The NPCDCS programme of the Union health ministry has been implemented in Chandigarh with the objective of “health promotion, prevention, early detection, treatment and management of NCDs,”, say health officials. People aged 30 above are screened by the health workers under the programme.

To run the programme NCD clinics have been established at district hospital and Civil Hospital -22,45 and Manimajra. Other than the clinics, officials said that NPCDCS has started Universal screening of above 30 years population at slums and rural areas of Chandigarh.

About the universal screening of NCDs, started in Behlana, Mauli Jagran, Bhaskar and Indira colony) Chandigarh records show from July 17-April 18; number of people who were screened for NCDs were 5971. Of the screened people; 11.76 per cent were found diabetic and the hypertension was 16.31 per cent.

“The prevalence is higher in Chandigarh because there is less physical activity among the people…in Chandigarh people are affluent and hardly anyone does any activity ,” Dr Sanjay Bhadada, senior faculty at the Department of Endocrinology at Post Graduate Institute of Medical Education and Research (PGIMER). He also said there is more awareness among people, which results in more diagnosis.

“The local administration and the residents have to work together if they want to bring the prevalence down,” Dr Rajesh Kumar, head of the school of public health PGI told Chandigarh Newsline. “Focus of the administration should be creating awareness among the public. People in Chandigarh should also take steps like more physical activity, less intake of junk food…”

Last year, a consensus statement, ‘Chandigarh Call for action’ by World Noncommunicable (NCD) Federation and Post Graduate Institute of Medical Education and Research(PGIMER), to deal with NCD in the country had stated that NCDs have become the leading cause of death and disability worldwide especially in developing nations.

Three coaches of Mumbai-Howrah Mail derail near Igatpuri, no injuries so far