Former Punjab Congress chief Navjot Singh Sidhu now weighs 99 kg, says his aide and former MLA Navtej Singh Cheema. “He looks exactly like he used to look during his heyday as a cricketer.” 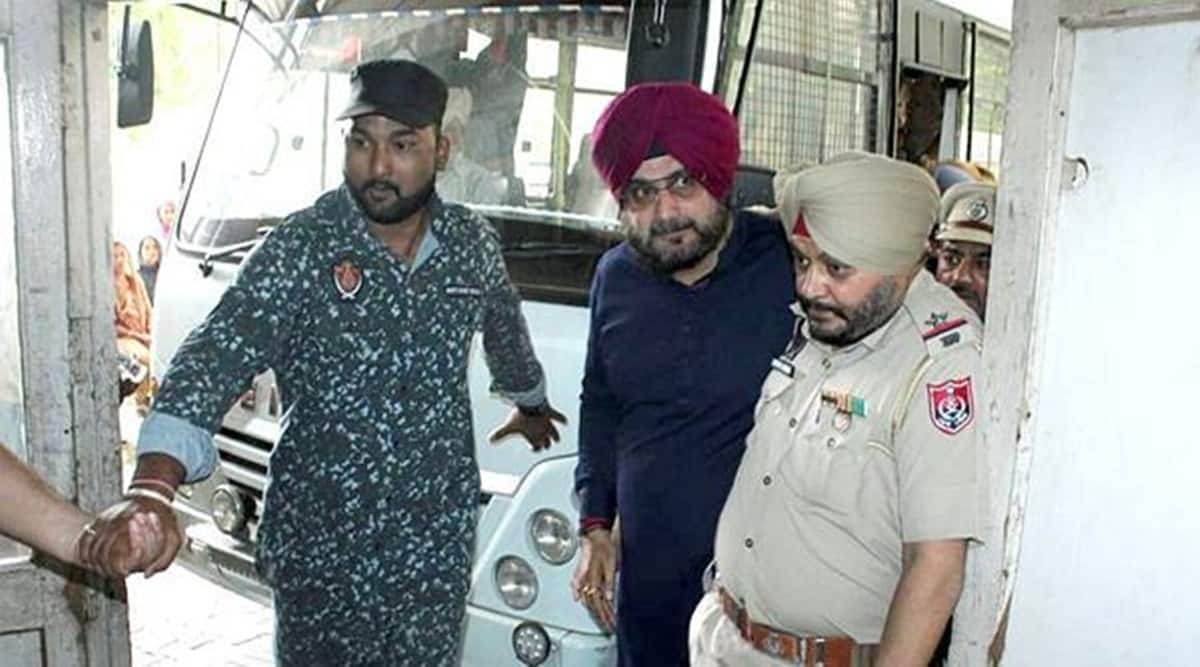 Sidhu, who was last month sentenced to a year in prison by the Supreme Court in a 1988 road rage case, was on Monday afternoon admitted to PGI’s hepatology ward for undergoing some tests and medical examinations. (File)

Former Punjab Pradesh Congress Committee (PPCC) chief Navjot Singh Sidhu has lost 34 kg while being lodged in Patiala Central jail in the past six months due to a strict diet and two hours of yoga and exercise, one of his aides has claimed. An ace cricketer from the 1980s and 1990s, Sidhu, 6 feet 2 inches tall, now weighs 99 kg. He is undergoing one year sentence for a 1988 road rage case.

“When Sidhu sahib will come out after completing his sentence, you will be surprised to see him. He looks exactly like he used to look during his heyday as a cricketer. He has shed 34 kilos and he will be shedding more. He now weighs 99 kg. But as he is 6 feet 2 inches tall, he looks handsome at his current weight. He looks calm as he spends so much time meditating,” said Cheema, who met Sidhu in Patiala jail for 45 minutes on Friday.

The former MLA went on to say, “He is feeling really good. He told me his liver, which was a cause of concern earlier, is much better now.”

Sidhu suffers from non-alcoholic fatty liver and embolism. He was advised special diet, including coconut water, chamomile tea, almond milk and rosemary tea, by the doctors. He is off sugar and wheat and eats only two times a day. He does not eat anything after 6 pm. He was appointed as “Munshi” to do clerical work. He is learnt to be spending a few hours during the day performing his duties as a clerk. “The jail authorities send him some paperwork. He does it every day. He does it from his barrack only,” said Cheema.

“Now, Sidhu also spends time interacting with other inmates. A few come to him to meet him as he is a celebrity,” Cheema said.