The Prime Minister-designate of the UK comes from a Punjabi Khatri family and his paternal grandfather had moved to Africa from Gujranwala before India gained Independence. Gujranwala is now in the Punjab province of Pakistan. 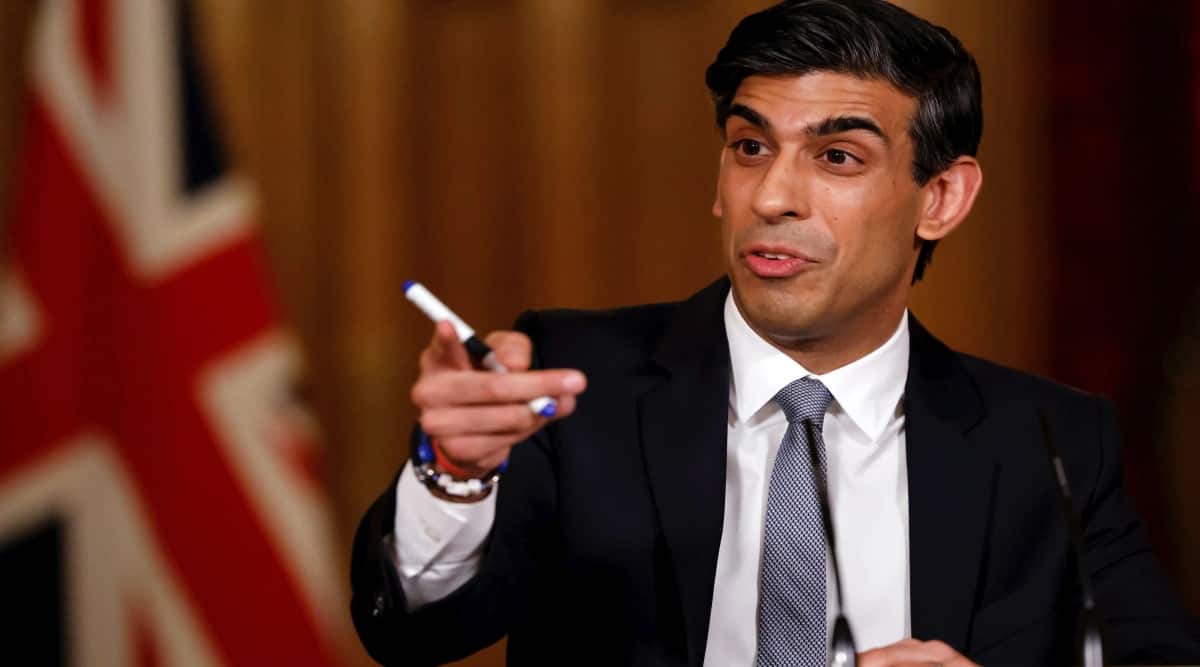 Calling himself a "proud Hindu", Sunak in his speeches has said he is proud of his "Indian roots" and of "where he came from." (AP)

With Conservative Party leader Rishi Sunak taking charge as Britain’s first Indian-origin Prime Minister, a debate has started over his roots with people from both India and Pakistan making claims and counter-claims over his ancestral lineage.

The reality, however, lies somewhere in the middle, and Sunak’s elevation can be termed as a matter of pride for both India and Pakistan — once ruled by the British for over 100 years, say experts.

Also Read |Rishi Sunak’s ascent is a breakthrough for diversity, with privilege attached

Calling himself a “proud Hindu”, Sunak in his speeches often talks about his “Indian roots” and of “where he came from.” From performing gau puja (cow worship), serving community meals at a temple, and not eating beef to celebrating Diwali with family and taking oath on the Bhagavad Gita after becoming an MP, Sunak says he never tried to hide his faith. Sunak has said he marks the “British Indian” category while filling out the UK Census form.

The 42-year-old investment banker-turned politician comes from a Punjabi Khatri family. His grandparents had moved to Africa from Gujranwala, now in the Punjab province of Pakistan. Later, Sunak’s father had moved to the UK.

Eminent Punjabi poet Dr Gurbhajan Singh Gill says Sunak’s success belongs to both India and Pakistan. “There’s actually no debate. In fact, what people of Punjab on both sides of the border should be proud of is that a man with his roots in Gujranwala, the birthplace of great Sikh warrior Maharaja Ranjit Singh, will become the head of a sovereign country. Sunak’s family roots lie in the undivided Punjab of India before partition. He was born in the UK,” says Gill.

Dr S P Singh, president, Gujranwala Khalsa Educational Council, which manages Gujranwala Guru Nanak (GGN) Khalsa College in Ludhiana, said, “Khatri is a caste that is predominantly found in India as well as in Pakistan and Afghanistan. Traditionally, they were employed in commercial professions, artisanal occupations, particularly silk weaving, as well as agricultural and clerical professions”.

He said Ramdass’ wife Suhag Rani Sunak first moved to Delhi from Gujranwala, before travelling to Kenya in 1937. Ramdass was an accountant who later became an administrative officer with the colonial government in Kenya. Ramdass and Suhag Rani had six children — three sons and three daughters. Sunak’s father Yashveer Sunak was born in 1949 in Nairobi. “Yashveer arrived in Liverpool in 1966 and went on to study medicine at the University of Liverpool. He now lives in Southampton,” adds Dr Singh.

Sunak’s maternal grandparents also hailed from Punjab. Dr Singh, whose family had also moved from Gujranwala to Ludhiana after Partition, said Raghubir Berry, Sunak’s maternal grandfather, grew up in Punjab and moved to Tanganyika, a colonial territory in Africa, as a railway engineer. He married Tanganyika-born Sraksha. “Sraksha moved to the UK in 1966 with a one-way ticket that she bought after selling her wedding jewellery. Berry also moved to the UK soon after and worked for many years in the UK’s Inland Revenue department. He became a Member of the Order of the British Empire or MBE—an award for significant contribution to society—in 1988. The couple had three daughters, one of whom is Sunak’s mother Usha,” added Dr Singh.

Usha received a degree in pharmacology from Aston University in 1972. She met Yashveer in the UK and they married in Leicester in 1977. Sunak was born in 1980 in Southampton and attended the prestigious Winchester College.

Michael Ashcroft, a businessman, author, philanthropist and a pollster, who authored Sunak’s biography ‘Going for Broke: The Rise of Rishi Sunak’, wrote that his father “Yashvir is from an upper-middle-class Punjabi family…his (Yashvir’s) parents Ramdass and Suhag Rani Sunak, were themselves from educated families with strong ties to the British Raj”.

On Sunak’s paternal grandfather moving to Kenya, an excerpt from the biography reads: “By 1935, tensions were rising between Hindus and Muslims and the future looked bleak on the subcontinent. With Britain needing skilled workers in East Africa, Ramdass found himself a job as a clerical officer in Nairobi, Kenya….While working in Nairobi, Ramdass took courses to qualify as an accountant. He became a civil servant in Harambee House, now the office of the President of Kenya… and subsequently at the Treasury in Nairobi.. In 1937, Suhag Rani joined her husband in Nairobi”.

Yashvir’s three sisters returned to India for higher studies, whereas his elder brother Harish Sunak studied electrical engineering at Liverpool University in 1966, adds the biography. It states that soon Yashvir also joined his brother in the UK to study medicine.

In his speeches, Sunak has said he did not grow up in a wealthy family and his parents “worked day and night in the UK” to educate him and his siblings. “My father was a general practitioner (GP) with the NHS and worked extra time, and on weekends. My mother had a chemist shop ‘Sunak Pharmacy’ in Southampton and after school, I delivered medicines to customers. They worked hard for us. I belong to a family of immigrants who came to the UK for a better life,” said Sunak.

“I am thoroughly British, this is my home and my country, but my religious and cultural heritage is Indian. My wife is Indian,” said Sunak who is married to Akshata Murthy, daughter of Infosys founder NR Narayana Murthy and Sudha Murty, an author specialising in books for children.

Kishore on Kantara row: ‘Think for a moment before falling prey…’