After inaugurating the upgraded plant, the Governor said that the MCC has added new strength to Chandigarh’s campaign for cleanliness. 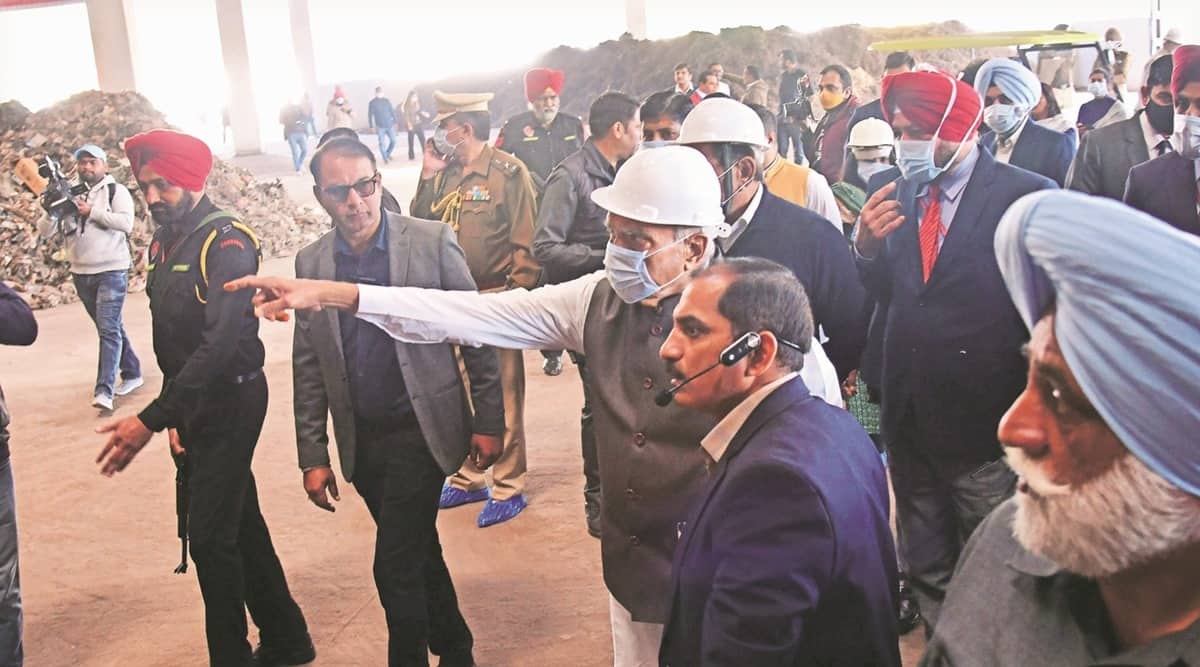 Banwarilal Purohit during the inauguration (Express)

The civic body allotted the overhauling and upgrading of the plant, including the operation and maintenance of plant, for one year extendable by two years to M/s Aneie Astechno Private Limited based at Sonepat at a cost of Rs 6.20 crore and the cost involved in upgrading the plant is about Rs 2.91 crore.

He did it in the presence of Kirron Kher, Member Parliament, Sarbjit Kaur, Mayor, Dharam pal, Adviser to the Administrator, Chandigarh and other senior officers of Chandigarh Administration and Municipal Corporation Chandigarh.

After inaugurating the upgraded plant, the Governor said that the MCC has added new strength to Chandigarh’s campaign for cleanliness.

Lauding the efforts of team MC, the Administrator said that it has made the plant upgraded and operational in such a short span of time. He said it was a gift to the city beautiful from the MCC, which will not only lead city to gain in Swachhata rankings but also give relief to the citizens of Chandigarh. He said that this step shall go a long way in ensuring that another dumpsite is not formed again.

He said that both dry and wet waste will be processed in the plant with existing machines repaired and installed by the MCC. He also asked the municipal authorities to ensure the processing of waste regularly on a daily basis without any kind of break.

Kher said that change is possible if a sincere effort is made by recognising problems. She said that with 100% processing of the solid waste and wet waste, Chandigarh will retain its title of city beautiful again.

Mayor Sarbjit Kaur said that this plant was established in the year 2008 by Jai Parkash Associates Ltd on built, own, operate and transfer basis for 30 years and the agency demanded tipping fee during the period of operation in the year 2012 which was beyond the terms and conditions of the agreement.

The agency failed to operate the plant properly due to non-maintenance of machinery from time to time. The agreement was terminated in June 2020 and the plant was taken over by the Municipal Corporation Chandigarh, she said.

Kaur added that the plant for dry waste had been lying dysfunctional since 2020 for want of upgrading the machinery as some machinery had become unserviceable.

Speaking on the occasion, the UT Adviser to the Administrator said that this plant will process 100% dry waste generated in the city which is about 200 TPD.

The capacity of wet waste processing plant is also being enhanced by construction of sheds. This will increase the capacity from 120 TPD to 200 TPD.

Altogether the Municipal Corporation will be processing wet waste and dry waste to the quantum of 400 TPD in this plant shortly.

The MCC has initiated the process to install an integrated solid waste processing plant of capacity in the city which shall take care of the waste processing needs for the next 25 years. The RFP will be floated in the coming months.

While You Were Asleep: Muller hints at international retirement, Germany manager Flick calls for reboot, Enrique unhappy with Spain’s performance