After lynching at Golden Temple, youth killed in Punjab’s Kapurthala over ‘sacrilege attempt’

According to officials, the man was beaten severely by a mob and locked up inside a room in the gurdwara while local police tried to obtain his custody. When a police team, led by SSP Harkamalpreet Singh Khakh, entered the room forcefully, a member of the mob allegedly stabbed the man with a sword, they said. 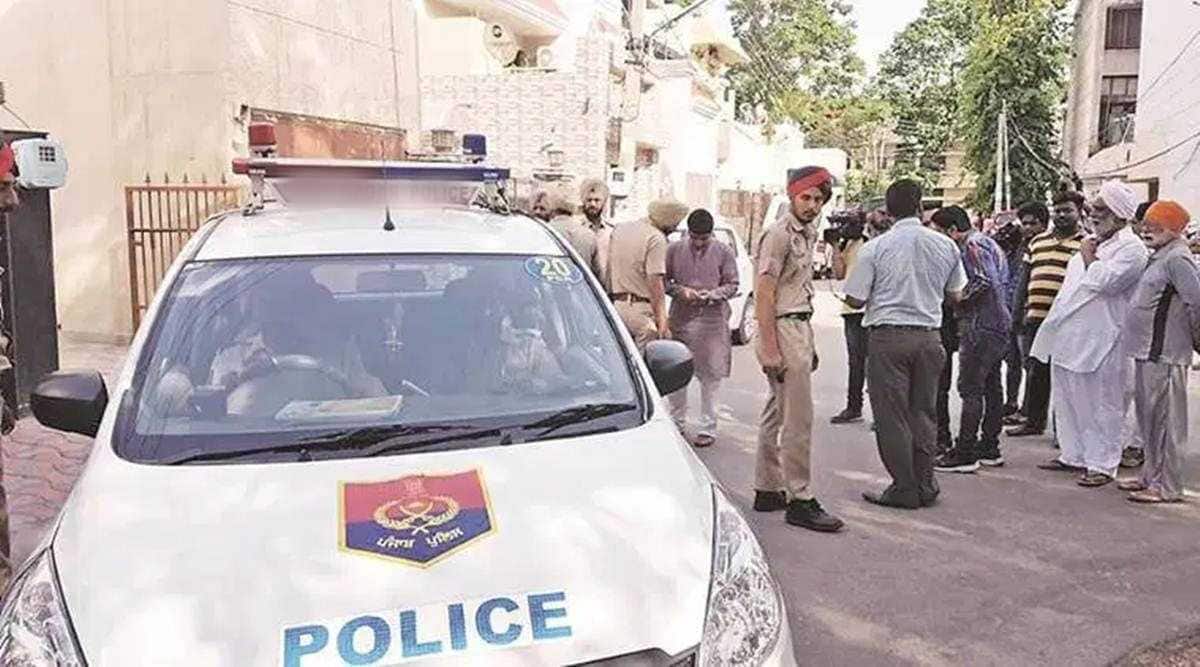 Police officials rushed to the spot in the morning after the youth was caught by the people at the gurudwara. (Representational image)

IN THE second such incident in Punjab within 24 hours, police said that an unidentified man was killed in Nizampur village of Kapurthala for an alleged sacrilege bid at a local gurdwara Sunday. Local residents said the man was a migrant worker from Gopalganj in Bihar.

According to officials, the man was beaten severely by a mob and locked up inside a room in the gurdwara while local police tried to obtain his custody. When a police team, led by SSP Harkamalpreet Singh Khakh, entered the room forcefully, a member of the mob allegedly stabbed the man with a sword, they said.

IGP Gurbinder Singh Dhillon said there was no proof of any act of sacrilege at the gurdwara. SSP Khakh said the man may have been attempting to commit a theft when he was apprehended.

Police have registered a case under IPC section 295A related to deliberate and malicious acts intended to outrage religious feelings, and said they would also probe the killing. The incident came a day after an unidentified youth was beaten to death at Golden Temple in Amritsar after being accused of a sacrilege attempt.

In Saturday’s incident, too, police have registered a case against the youth under IPC sections 295A, apart from 307 (attempt to murder). No action has been taken against those who beat him to death.
Deputy Chief Minister Sukhjinder Singh Randhawa said that a Special Investigation Team (SIT) has been constituted to probe the Amritsar incident and would submit a report within two days.

The police are, meanwhile, probing what they suspect is “a larger conspiracy” ahead of the 2022 elections even as an attempted break-in was reported from a gurdwara in Batala Saturday night.
Punjab’s officiating DGP Sidhharth Chattopadhyaya told The Indian Express: “Surprisingly, three incidents occurred. The Batala incident did not come in the limelight since it was not reported and no sacrilege took place…There was no sacrilege in Kapurthala, either…It is all very suspicious.”

Chattopadhyaya said police are trying to ascertain the identity of the youth lynched in Amritsar through his biometric details that could possibly lead to his Aadhaar data.

In Kapurthala Sunday, police said the unidentified man was caught by sewadars at the gurdwara in the early hours following which a video started doing the rounds of him being beaten. Led by SSP Khakh, local police rushed to the spot and asked the gurdwara staff to hand the man over.

After the request was denied, police said heated arguments ensued following which members of local Sikh organisations staged a protest outside, demanding that the man be handed over to them. It was then that police forcefully entered the locked room, they said.

Gurdwara manager Amarjit Singh alleged that the man was trying to desecrate the Nishan Sahib, a religious flag, and that “he was sent by someone from Delhi”. “The youth had prepared tea and had a meal in the gurdwara last night. He was from Gopalganj district of Bihar,” said a local resident, adding that they could not confirm his name and other personal details.

IGP Dhillon said: “There was no desecration of Nishan Sahib at Gurdwara Nizampur where an unidentified migrant labourer was lynched to death… Three policemen, including one SHO and two ASIs, were injured in an attack by the unruly mob while police were trying to save the life of the victim.”

Asked how the man was killed in the presence of an SSP and two SPs, Dhillon said: “The atmosphere was very emotional and they were trying to control everything. It happened.”

Briefing reporters, SSP Khakh said the manager Amarjit Singh woke up at 4 am and saw a man inside the gurdwara. “Two sewadars sent by Singh caught the youth and thrashed him. The youth was wearing a jacket worn by gurdwara students. It indicated that the youth intended to commit theft,” the SSP said.
“After the video went viral, a mob gathered…they killed the youth even as the police tried their best to handle the situation,” SSP Khakh said.

In Amritsar, Randhawa, who holds the Home portfolio, said police have registered a case against man who was killed, based on the statement of an SGPC staffer that he attempted murder by picking up the sword in front of Guru Granth Sahib at 5.50 pm and desecrated the cloth used to cover the holy book.

“The accused had entered the premises of Harimander Sahib (Golden Temple) alone at around 11.40 am on Saturday. He slept outside Akal Takht Sahib during his stay inside the premises before committing sacrilege. There must be something behind this incident… we will investigate further. So far, he has not been identified. We have been tracing his movement through the streets of Amritsar,” said Randhawa.

“It seems he had come with the aim of picking up the sword. SGPC staff immediately neutralised him. But there is a sequence. The first sacrilege was reported at Anandpur Sahib (on September 13). Then there was another incident at Golden Temple on Wednesday. It is very painful. Incidentally, a drone was also captured on the India-Pak border on Saturday,” Randhawa said.

“The state government will probe the entire incident jointly with the SGPC… Punjabis will tackle such attempts to vitiate communal harmony. Punjab’s peace and harmony would be maintained at all cost,” he said.

Randhawa said directions have been issued to the DGP, all Commissioners of Police and SSPs to strengthen “round the clock security” at all gurdwaras and other places of worship in the state.

In Batala, SSP Mukhwinder Singh Bhullar said the locks of the main hall of the gurdwara in Kotli Bhan Singh village were found broken. “As per the information with the police, three men on a motorcycle were involved in this…One of them stayed near the wall and another went inside…They came at 00:54 am and left at 1:07 am,” he said.

“It was not clear whether the incident was aimed at desecration or stealing the cash offerings,” Narinder Singh, chief of the local gurdwara committee, told The Indian Express.

Police said that a case has been lodged against unknown persons under IPC sections 295A and others relating to theft and trespass.