Punjab Chief Minister Amarinder Singh has sought a presentation from the Department of Ground Water in the upcoming Cabinet meeting scheduled on Wednesday. 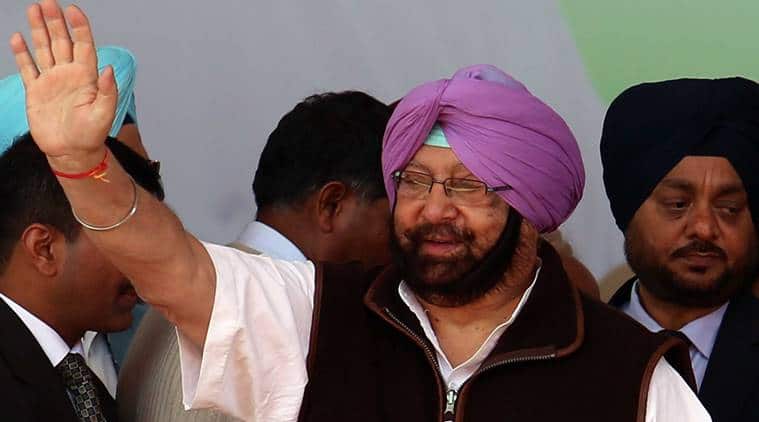 WITH THE the Bhakra dam’s water level plummeting to a record low of 1497 feet and inflows remaining far less than outflows due to ongoing paddy transplantation season, coupled with the underground water table dipping, Punjab is formulating its water policy to ensure conservation.

Punjab Chief Minister Amarinder Singh has sought a presentation from the Department of Ground Water in the upcoming Cabinet meeting scheduled on Wednesday. Administrative Secretary of the department Arunjit Singh Miglani will be giving his presentation to the council of ministers about the ground water situation.

The state government is also planning to coordinate with Snow and Avalanche Study Establishment for a presentation on reduced inflows in Bhakra dam due to lesser snow in catchment area, a pattern being observed over the years being blamed on climate change. Sutlej, a river that flows through Punjab depends on water from Bhakra dam due tosnow melting.

Since Punjab’s major source of irrigation water comes from underground aquifers, its 25 per cent agriculture land is dependent on canal network. The crisis is leaving the government worried as the Ground Water Department has been cautioned against water being exploited at the same pace, otherwise Punjab’s 15 per cent tilled land may end up without any source of irrigation leading to “grave economic distress amongst farmers and social unrest.”

The department in its presentation has stated that the state was witnessing a decrease in annual rainfall by 30-40 per cent in the last three decades. This has reduced surface water availability and affected the natural recharge of ground water resources, resulting in more stress on ground water.

It has also blamed increased requirement of ground water for domestic and industrial uses due to population growth and increas in area under paddy cultivation for the crisis.

The policy is suggesting diversification and MSP for less water consuming crops. It is also suggesting rationalisation of unmetered/unlimited free power to farmers, imposing power tariff or ground water extraction charges in notified over-exploited areas having depth of water-table greater than 20 meters. The presentation is coming down heavily on tubewells as their number has shot up from two lakh tubewells in 1970 to about 14.5 lakh today.

To reduce pressure on Bhakra dam, the policy is suggesting metering of canal water usage by individual farmers to improve demand side management. While a part of Malwa is dependent on canal network for needs of drinking water, Punjab is planning to supply canal water for drinking to other parts of the state. But the situation at Bhakra is also disparaging. With water level at 1497 feet and still falling, inflows remain low at 20,000 cusecs while the outflows are at 36,000 cusecs due to ongoing paddy transplantation season. Last year on June 25, the level was at 1564 and inflows were at 29,582 cusecs against 20,357. Outflow was 30,205 against 35,986 this season.