Sources said that Amarinder had been preparing for this meeting for the past couple of days. 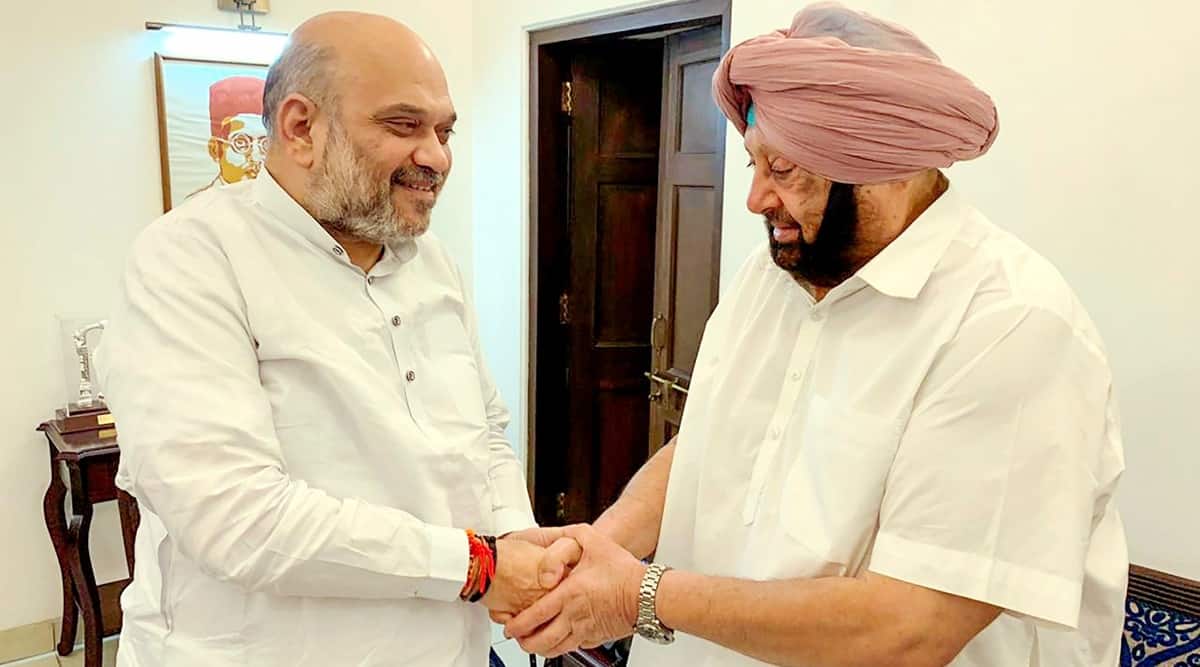 Amarinder Singh on Wednesday called on Union Home Minister Amit Shah in Delhi, fuelling speculation that he was warming up to BJP only days after Congress gave him an unceremonious exit as the Punjab Chief Minister.

On the second day of his visit to Delhi, Amarinder called on Shah at the latter’s residence and held an hour-long meeting.

Amarinder’s media advisor tweeted after the meeting: “‘Met Union Home Minister @AmitShah in Delhi. Discussed the prolonged farmers’ agitation against #FarmLaws & urged him to resolve the crisis urgently with repeal of the laws & guarantee MSP, besides supporting Punjab in crop diversification’: @capt_amarinder.”

Trying to put all speculations to rest, his media adviser had on Tuesday tweeted, “Too much being read into @capt_amarinder’s visit to Delhi. He’s on a personal visit, during which he’ll meet some friends and also vacate Kapurthala house for the new CM. No need for any unnecessary speculation.” However, his meeting with Shah took place on Wednesday.”

Explained |Explained: Five reasons why Captain Amarinder Singh had to step down as Punjab CM

Sources said that Amarinder had been preparing for this meeting for the past couple of days. He was studying the farm laws and also taking legal opinions on what could be done to end the stalemate between the Centre and the farmers.

Former Punjab state farmers commission chairperson and chairman of Bharat Krishan Samaj Ajay Vir Jakhar tweeted on Tuesday, “In my judgement the Govt. has in principle already decided to withdraw / compromise on 3 #FarmLaws to the satisfaction of the farm unions but issue on form of legal #MSP remains. After so much distress & loss of trust hope better sense prevails on both sides of the fence.”

Jakhar had resigned as the chairperson of Punjab farmers commission after Amarinder stepped down as the CM.

After his unceremonious exit as the CM, which came months ahead of the Assembly polls in the state, Amarinder had said that he was “humiliated” and he would keeping all his options open to chalk out his future.

Earlier, during the day, Amarinder had vacated Kapurthala House, a government house allotted to Punjab CM in Delhi.

While Congress has always been watching Amarinder closely ever since he had stepped down, with speculation rife that he may join BJP or even float his own party, the ex-CM’s camp has been denying all such conjectures. They have, however, been saying that Amarinder was keeping all his options open.