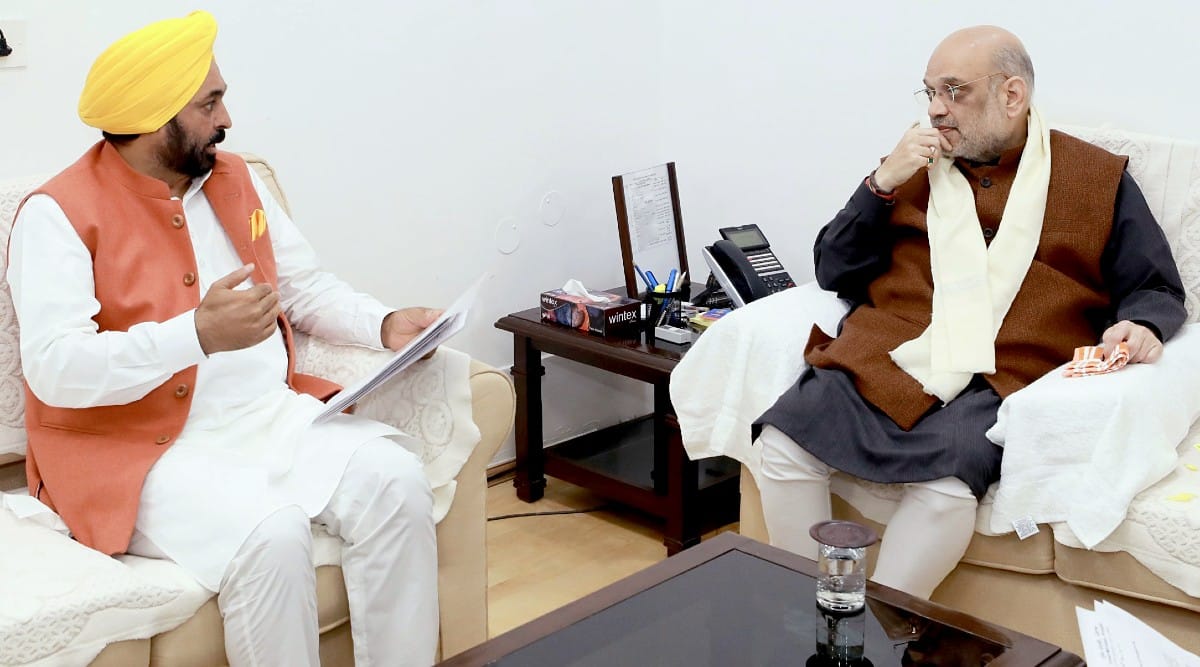 In 2018, at a time when the Bargari sacrilege incident dominated state politics, the then Amarinder Singh government had passed two bills related to sacrilege. However, both bills failed to get Presidential assent.

After meeting Shah, Mann said that the sacrilege of holy books was a major issue in the state and it was felt that the quantum of punishment for the crime as per existing provisions under sections 295 and 295-A of the Indian Penal Code was inadequate. He added that he had apprised Shah that the Punjab Assembly had passed two bills including The Indian Penal Code (Punjab Amendment) Bill, 2018, and The Code of Criminal Procedure (Punjab Amendment) Bill, 2018, which stipulate punishment up to life imprisonment for injury, damage or sacrilege to Guru Granth Sahib, Bhagavad Gita, Quran and Bible with the intention to hurt the religious feelings of people.

The chief minister said that this amendment is in consonance with the principles of secularism enshrined in the Constitution. However, he pointed out, these bills are awaiting Presidential assent since October 2018. Asserting that it was extremely important to maintain communal harmony in Punjab as it was a border state, he sought the intervention of the Centre for getting early presidential assent for the said bills.

Flagging another important issue, chief minister Mann said that as per international norms, construction can be carried out beyond 150 metres of the zero line but at some places in Punjab, the Border Security Force (BSF) fence is at a large distance away from the zero Line. Mann also cited an example to reinforce his statement.

The chief minister said that as a huge chunk of farming land lies between the International Border and the existing fence, a number of farmers who have to go across the border fence to cultivate the land face hardships on a daily basis. Mann said this also enhances the workload of the BSF. Likewise, he said that the government has to pay substantial compensation to these farmers. He urged Shah to explore the possibility of shifting the border fence towards the International Border, wherever possible, in the larger interest of farmers, without compromising national security.

Mann also urged Amit Shah to provide funds to ensure the modernisation of the state police force for effectively combating new challenges. He said that the need of the hour is to provide ultra-modern gadgets and weapons to the state force for checking cross-border infiltration and drone attacks from across the border. Mann said that this is vital for preserving the unity, integrity and sovereignty of the country.