Ruby said she had joined AAP with a sentiment ‘to serve the people, but soon realised that ‘the party was not doing anything for the common man’. 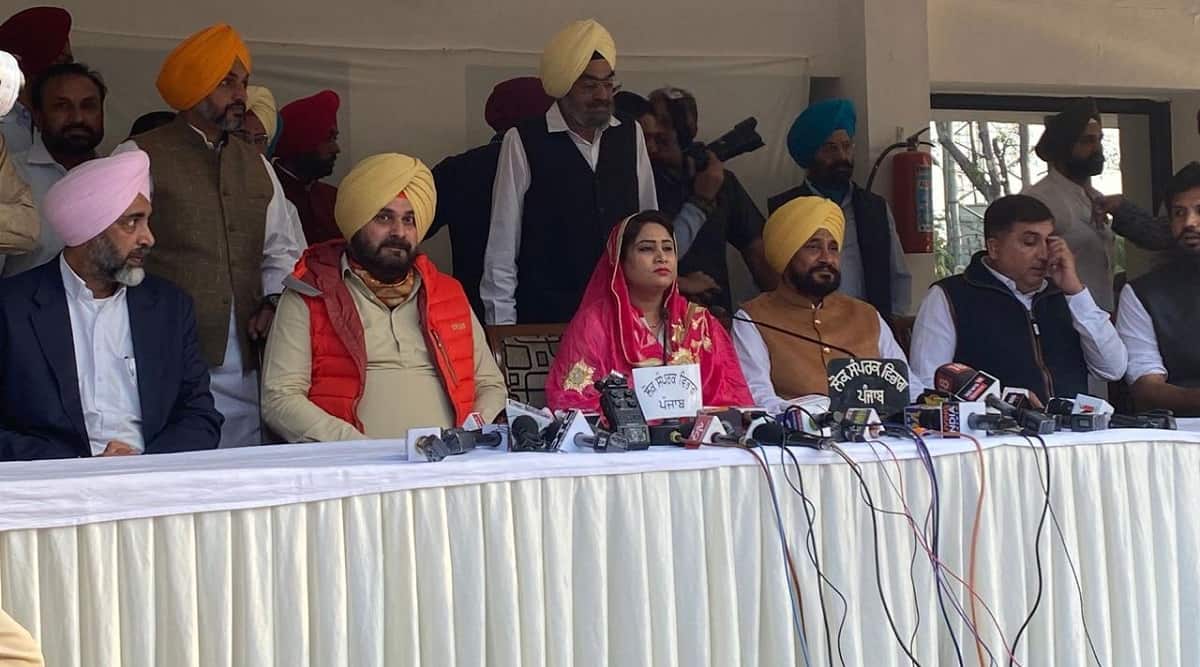 Both Channi and Sidhu addressed the press conference at 4 pm to induct Rupinder Kaur Ruby into the party fold.

While being inducted in the Congress, Ruby said she had joined AAP with a sentiment to serve the people of the state, but soon realised that “the party was not doing anything for the common man”.

On whether she will get a ticket, she said, “I will go by high command’s decision.”

“AAP’s ideology is not practical. The Congress has proved in 50 days that it is the real party for the common man,” said Ruby.

She said AAP government in Delhi could not work the way the incumbent Congress government had worked for Punjab in 50 days . She listed the decisions taken by Channi in the last couple of days, and said: “That is why I have joined Congress….Congress supremo Sonia Gandhi has kept a perfect balance in the party. The party is doing real work which was to be done by AAP for the common man.”

Ruby said that she had been fighting in AAP so that Bhagwant Mann is announced a CM candidate, but the party was not ready to do that.

Internally, claimed Ruby, that AAP MLAs agree that the party is in bad shape, and Mann should be announced the CM candidate.

Channi, while welcoming her in the party said youth had joined AAP as they wanted to serve the people.

“But they have realised that it is the rule of Aam Aadmi in the state. That is why AAP leaders are coming to Congress,” he said, adding: “She is an educated woman, who is doing PhD. When she met me she said that she is not an aspirant for a ticket but she wants to join us because we are doing real work.”

Those people who want to see Punjab in the fast lane are choosing Congress, said the CM.

“We welcome all those also who want to be associated with Congress,” said Channi.

Earlier, while inducting Ruby into the party, Navjot Singh Sidhu said that she will be looked after like a family member.

‘My day is made’: Abhinav Mukund gets a response from Sir Vivian Richards