Badal later alleged that “the Congress government had got procurement of paddy postponed by ten days in Punjab to hide its failure in making the required arrangements for procurement of the crop”. 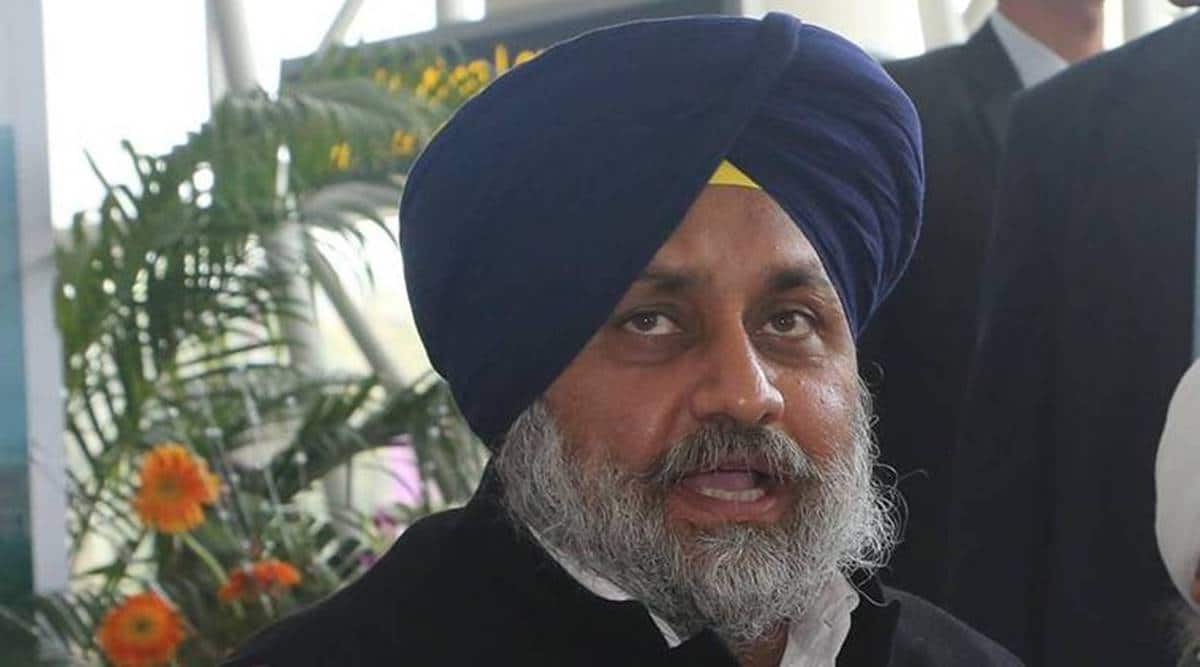 Addressing a press conference in Ludhiana along with victims of the 1984 riots, the SAD president said: “They (Channi and Punjab Congress) should tell Punjabis why they supported this appointment.” . (File)

Shiromani Akali Dal (SAD) chief Sukhbir Singh Badal Friday took a trolley load of paddy harvest to the Food Corporation of India (FCI) head office here to get the moisture content of the food grain checked. He later alleged that “the Congress government had got procurement of paddy postponed by ten days in Punjab to hide its failure in making the required arrangements for procurement of the crop”.

Talking to newsmen in front of the FCI office, Sukhbir said the unprecedented ten day postponement in paddy procurement, which was supposed to have started on Friday “will spell doom for the state’s economy”.

He added: “Farmers had planned in advance and had started harvesting their crop since the last few days. Paddy had also reached ‘mandis’ in the state. Postponing procurement will not only result in harassment of farmers but will also jeopardise the paddy crop in case of inclement weather. Keeping these facts into consideration the state government should start procurement of paddy through its agencies immediately and ensure farmers do not suffer due to any delay affected due to the central government directive.”

Blaming Punjab Congress leadership’s “internal fight since the last fortnight”, Sukhbir said: “The required arrangements were not made to procure paddy.”

He added: “At present the state does not have the required gunny bags at its disposal. Labour and even transport tenders have not been finalised till now.”

He asked CM Charanjit Singh Channi to “get his act together and ensure farmers of Punjab did not suffer due to the state government’s lack of preparedness”.

Earlier, Sukhbir also met FCI officials at its office here and impressed upon them to “submit a report to the Union government clearly stating that paddy in Punjab was fit for procurement and that there was no issue of high moisture content in the paddy crop in the state”. He said “in case the Union government did not withdraw its decision and did not start procurement immediately the SAD would be constrained to launch an agitation to ensure justice was done to the state farmers”.

A SAD spokesperson later said that paddy was checked “in the presence of a Deputy General Manager level officer” and its moisture content was recorded at 12.9 per cent against the allowed moisture content of 17 per cent”.