Hoteliers and restaurateurs have donned their creative hats to provide an experience as if one is sitting in Qatar, enjoying the World Cup, only with a different sense of comfort. 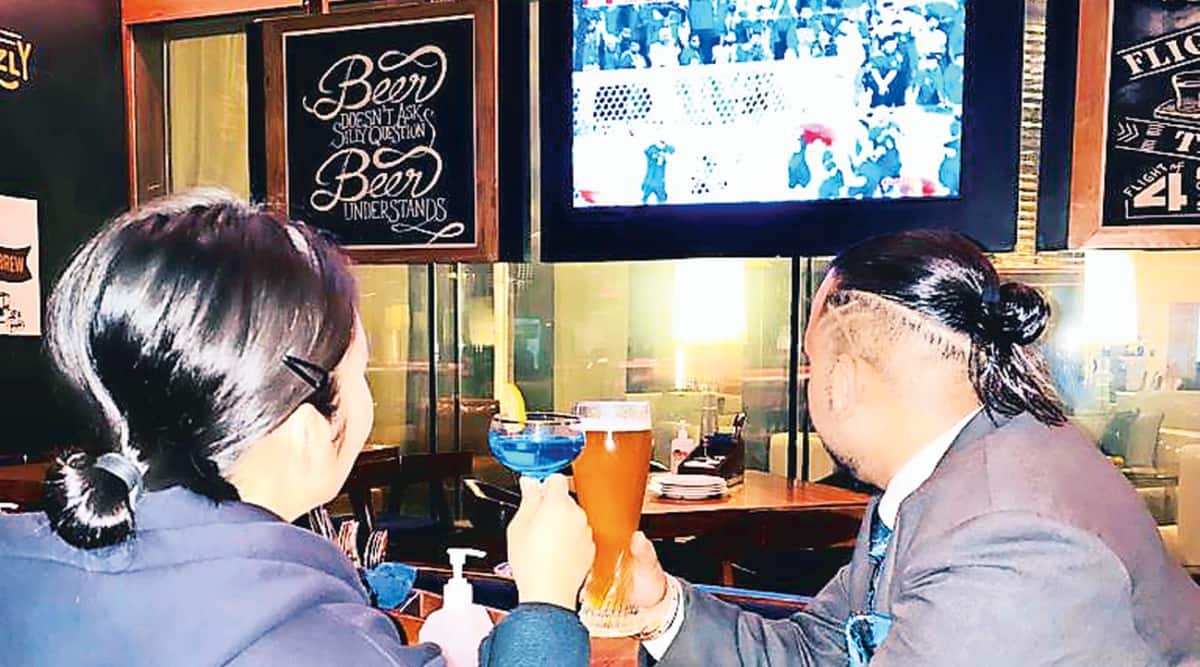 Drinks named Lionel’s Trip to Hell, Neymar’s Glogg, Corner Kick Pide, special football-based drinks and snacks like Australian Stricker Lamb Shank, international football players’ favourite dishes and a wide range of beers and a stadium like ambience — the FIFA fever has gripped the city, as hotels in Chandigarh are all set to give you a feel of the real stadium. ‘Zombie’ cocktails with creative names like ‘it RUMS in the family’ and a soup variety called ‘Soup Er star’ are also among some of the favourites. In some cases, hoteliers and restaurateurs have donned their creative hats to provide an experience as if one is sitting in Qatar, enjoying the World Cup, only with a different sense of comfort.

Ankit Gupta, president of the Chandigarh Hospitality Association and who owns Hotel Himanis in Sector 35 said that they have arranged a large screen and even done a special decor with cut out statues of famous football stars. “We have created a stadium-like atmosphere and ambiance here at our hotel in Sector 35. We have put up a large screen for football fans where they can enjoy like they are watching the match in a real stadium,” Gupta said. A seating capacity of 150 people has been made near the screen for the Stadium like ambiance. With the thrilling matches, the guests will be served with special football oriented menu as well.

MPS Chawla, owner of Hotel Altius in Industrial Area Phase I said that this World Cup, FIFA fans can enjoy live counters of barbecue at the hotel. He said they have made special arrangements for football lovers for the weekend. “We have made arrangements for a large screen and beginning today till Sunday and we have live barbeque counters for the fans, with a music system which gives the same sound”. A cut-out of star footballer Cristiano Ronaldo at a Chandigarh bar. (Express)

JW Marriott, Sector 35, has included famous footballers’ special dishes and drinks on the menu. “We have done special arrangements at our Brew house – the bar and lounge. According to the matches, we include special dishes based on players for the fans to keep up the spirits. We also have special draught beers because football and beers are kind of synonymous,” Ishan, the F and B manager of JW Marriott said.

He added, “On Saturday, we are expecting good footfall since we have a match between Spain and Argentina”. The hotel has included famous footballers’ special dishes and drinks on the menu for the fans at the hotel.

While listing out the snacks, Ishan added, “The snacks have been named and prepared in line with these themes too. There is Back Heel Ranch Burger and a Corner Kick Pide which is a flat Turkish pizza. Similarly, dribble Tandoori Jhinga, Australian Stricker Lamb Shank and Sweet Chilly Header Wings are some of the snacks we have specifically named for the FIFA fans. And tomorrow we are expecting a good footfall since we have Spain vs Argentina’s match.”