Appointed PPCC chief on July 19, Sidhu resigned minutes after allocation of portfolios to ministers in the new government headed by Charanjit Singh Channi who succeeded Amarinder Singh as Chief Minister. 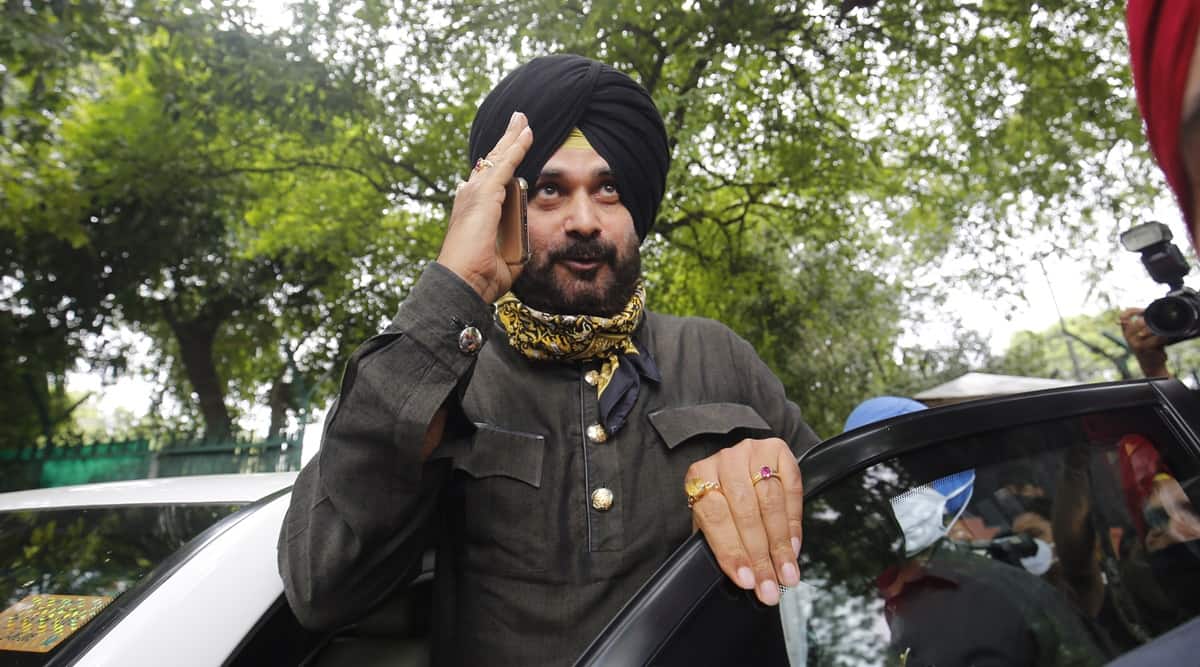 Days after he forced a change of guard in Punjab that saw Captain Amarinder Singh stepping down as Chief Minister, Navjot Singh Sidhu abruptly resigned Tuesday as president of the Punjab Pradesh Congress Committee, plunging the party into uncertainty again in the run-up to the Assembly elections early next year.

Appointed PPCC chief on July 19, Sidhu resigned minutes after allocation of portfolios to ministers in the new government headed by Charanjit Singh Channi who succeeded Amarinder Singh as Chief Minister.

Sidhu;s resignation was followed by that of minister Razia Sultana who quit “in solidarity” with him. Her husband, former DGP Mohammad Mustafa, is Sidhu’s chief strategic adviser.

Others who resigned were Gulzar Inder Chahal who stepped down as Punjab Congress treasurer and party state general secretaries Yoginder Dhingra and Gautam Seth.

The party high command, it is learnt, has rejected Sidhu’s resignation and asked the state unit to sort out the issue. Channi has called a meeting of the Cabinet at 10 am Wednesday.

The rallying point of a revolt against Amarinder Singh in the Punjab Congress, Sidhu managed to show him the door, but was not allowed to have his way thereafter.

In his resignation letter to AICC chief Sonia Gandhi, Sidhu wrote: “The collapse of man’s character stems from the compromise corner. I can never compromise on Punjab’s future and the agenda for welfare of Punjab. Therefore, I hereby resign as president of Punjab Pradesh Congress Committee. Will continue to serve the Congress.”

Razia, in her resignation letter, said she was resigning “in solidarity with Navjot Sidhu and millions of Congress workers across the state. I will continue to work for the party as worker in the best interest of Punjab”. Razia’s resignation came after Mustafa visited Patiala to urge Sidhu to withdraw his resignation.

Channi told the media: “We will talk to Sidhu sahib. He is our party president and a big leader. We will sort this out.”

Soon after Sidhu’s resignation, Amarinder, in a Twitter post, said: “I told you so… he is not a stable man and not fit for the border state of Punjab.”

Sidhu, sources said, was upset with the party over the induction of Rana Gurjit Singh as a Cabinet minister – Rana had resigned from the Amarinder government in 2018 in the wake of allegations in a sand mining case. Sidhu was also said to be against the appointment of APS Deol as Advocate General. Deol was defence lawyer of former DGP Sumedh Singh Saini. Sidhu, sources said, wanted Deepinder Singh Patwalia named to the post, but his entry was blocked by some leaders in the Congress who said he used to be close to the late BJP leader Arun Jaitley.

Sources said Sidhu was also against the allocation of the Home portfolio to Deputy Chief Minister Sukhjinder Singh Randhawa. He insisted that since the Home department had traditionally remained with the CM, it should not be given to Randhawa. Earlier, he had put his foot down when the party considered making Randhawa the Chief Minister, taking the stand that a Jat Sikh should not be given the top job.

At that time, Sidhu left in a huff, exiting a hotel where he had met the committee led by AICC general secretary Harish Rawat. He was said to have set out for Delhi to hand over his resignation as PPCC chief. Within minutes, the party decided to have a compromise candidate in Channi, following which Sidhu returned.

Sources said Sidhu had been sulking ever since the induction of Rana Gurjit Singh into the Cabinet. He was also protesting the dropping of PPCC working president Kuljit Singh Nagra.

On Sunday, he had left the oath-taking ceremony without meeting anyone. He was at his Patiala residence when the party sent Pargat Singh to placate him. That exercise continued all of Monday.

Sources said AICC leader Rahul Gandhi and Priyanka Gandhi Vadra had not called up Sidhu. He resigned within minutes of the allocation of portfolios.

He was also opposed to the allocation of the Public Works Department to Vijay Inder Singla. But Channi went ahead.

Sidhu’s camp is describing his resignation as a stand against “corruption”.

On the choice of Rana Gurjit Singh as Cabinet minister, Sidhu’s supporters said he was very disappointed. “The party has been on the defensive from Day One over the appointment. His appointment made Amarinder look better… Look at the appointments in the last six days. What is the message that we are sending? It’s as if the old group is back,” one of his supporters said.

Meanwhile, Sukhpal Khaira, an AAP MLA who joined Congress recently, said Rana Gurjit should himself step down from the Cabinet. “If his (Sidhu’s) suggestions are not paid heed to, he will not want to be a speechless president. We urge him to withdraw his resignation and request the high command to redress his grievances,” Khaira said.

Pargat Singh, who also joined Sidhu at his home, said: “I have not resigned. I met Sidhu and urged him to withdraw his resignation.”