Of the total 199 sightings in past one year, the drones did not violate the Indian border in 10 instances and stayed within the territorial confines of Pakistan. 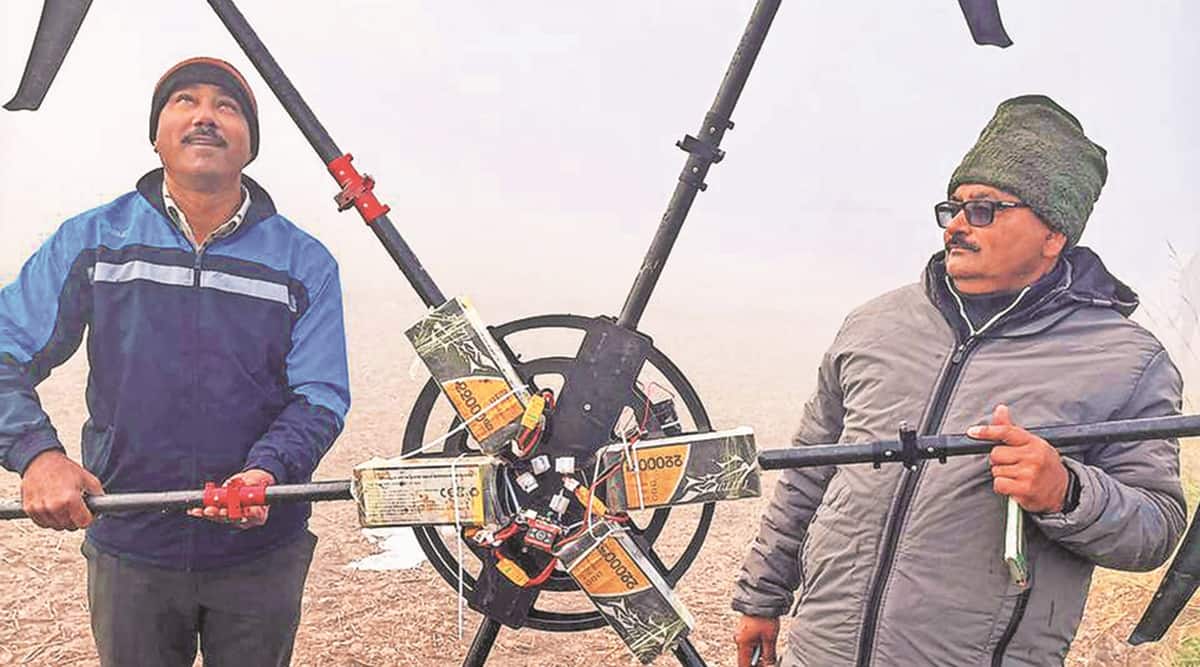 A drone shot down by BSF troops in Punjab on Nov 29. (Express Photo)

Most cases of violation of international border by drones originating from Pakistan in the past one year have taken place in the Amritsar sector of the Border Security Force (BSF) and security agencies are quite certain that these activities are aided and abetted by the Pakistan Rangers’ border outposts since most such unmanned aerial vehicles originate from near them.

Data accessed by The Indian Express from sources in security agencies show that highest (90) drone sightings along Indo-Pak border in Punjab were made in Amritsar sector followed by 51 in Ferozepur sector, 42 in Gurdaspur sector and 15 in Abohar sector. The data is from November 30, 2021 to November 30, 2022. Of the total 199 sightings in past one year, the drones did not violate the Indian border in 10 instances and stayed within the territorial confines of Pakistan. Eight of these non-border violation drone sorties took place in Gurdaspur sector while two were in Abohar.

“We are increasingly seeing that many of these drone sorties originate from very close to the Pakistan Rangers border outposts. While it can happen one or twice inadvertently, but it cannot happen regularly without the complicity of the personnel deployed there,” said a security official who did not want to be named.

The latest incident in Amritsar sector where one of the biggest hexacopters was shot down in a village in Tarn Taran district also has its footprints in a Pakistan Rangers post. “In this instance, the drone sortie appears to have originated from near the Pakistan Rangers post of Taimur Shaheed. This was one of the biggest hexacopters which has been brought down by the BSF in the recent months and must have carried a big payload,” said the official.

In another incident in Ferozepur sector in September, the drone, which was shot down by BSF troops originated from the Pakistan Rangers post of Ali Shaheed. Sources say there are many other such incidents, which have taken place in close proximity of the Pak Rangers posts.