Badnore hoped that the next edition of the festival would see the showcasing of defence technology. He appreciated that one of the panel discussions during this festival focuses upon ‘Make in India’. 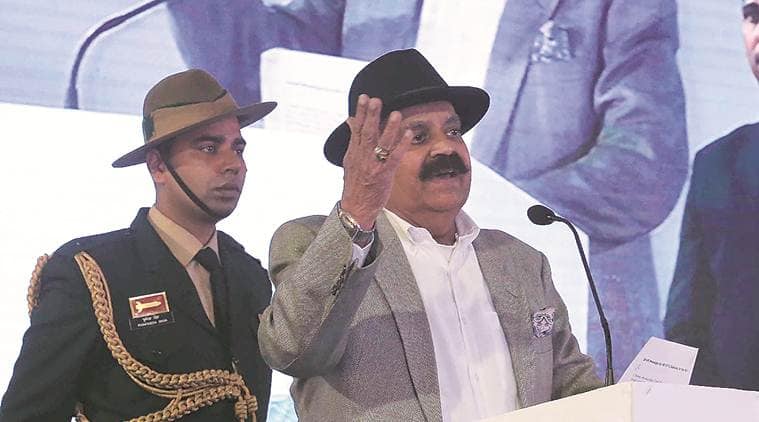 Punjab is Bharat and Bharat is Punjab, for no other region has defended the country like Punjab and faced internal as well as external aggressions.

Punjab Governor V P Singh Badnore made this statement while inaugurating the third edition of Military Literature Festival on Friday.

Referring to ‘Bharta’ clan of ancient times residing on the banks of Parushni or Ravi river, who had given the name Bharat to the nation, the Governor said despite several odds, the brave people of this land rose out of their misfortunes and created the bread basket of India and also became its sword arm. He termed it appropriate that the festival was founded in Punjab in the city of Chandigarh.

Kickstarting the three-day festival from December 13 to 15 with a galaxy of military historians, serving and retired military officers, researchers, academicians, hundreds of schoolchildren, authors and delegates from across the country and foreign shores, the Governor paid tributes to the martyrs of Parliament attack in 2001.

Badnore hoped that the next edition of the festival would see the showcasing of defence technology. He appreciated that one of the panel discussions during this festival focuses upon ‘Make in India’. He urged the defence manufacturers to utilise the platform provided by this event to make people aware of this reality. “Perhaps a defence and security exposition showcasing domestic and international weapons systems and equipment should become part of this festival next year,” he said.

He said that the nation had come a long way since Independence in 1947. The work of making own weapon systems with cutting-edge technology was in progress and already the defence equipment worth Rs 3,000 crore was being made in India. “Make in India for defence systems is no longer a mere slogan but a reality. Very soon we shall be securing our nation with a totally indigenously designed and manufactured weapons and equipment inventory,” he added.

Expressing gratitude to Punjab Chief Minister Amarinder Singh and others for making two consecutive editions of this event a success in 2017 and 2018, the Governor said that the event would provide a healthy platform for children to acquaint themselves with the war stories besides an opportunity to interact with the veterans and serving officers.

Referring to the 150th birth anniversary of Mahatma Gandhi and 550th Prakash Purb of Sri Guru Nanak Dev, Badnore said that these occasions reminded us that the way of nations must be that of ‘ahimsa’ and universal brotherhood where war is never an option. But at the same time, India was capable enough of dealing with any kind of insurgence from within or across borders. “Our Armed Forces have demonstrated this with a surgical strike in the mountains across the Line of Control and an air strike deep in Pakistan’s Khyber-Pakhtunkhwa province,” he said.

He also reminded everyone that this year marks the 20th anniversary of the Kargil war which the organising committee has commemorated with a review on the lessons learned during the conflict.

The Governor said the Tricity of Chandigarh, Mohali and Panchkula is home to an extensive military community, where four former chiefs of the three Defence Services were residing along with several senior officers of armed forces. He said that on Defence Services Flag Day, i.e. December 7, former Chiefs of the Army, Navy and Air Force joined us in laying wreaths at the Chandigarh War Memorial.

Earlier, in his welcome address, Tourism and Cultural Affairs Minister Charanjit Singh Channi expressed his gratitude to both Governor Badnore and CM Amarinder for conceptualising and organising this event with a view to apprising the younger generations of the glorious military legacy and its valour. He said that the state government had already released an amount of Rs 1.5 crore for organising this event.

In his address, GOC-in-C Western Command Lt General R P Singh said that it was a matter of great pride and honour for all that we were fully involved and associated in the MLF right from its inception in 2017. He hoped this festival would provide an opportunity to add new thoughts and ideas for strategy, security and diplomacy.

The senior advisor to Chief Minister Captain Amarinder Singh, Lt General Tejinder Singh Shergill, asserted that this MLF would go a long way in imbibing a spirit of patriotism and nationalism amongst youngsters besides motivating them to opt for armed forces as a career.

Delhi: Given ‘injection’ by chemist, two-year-old dies back home