The gangster also claimed the credit for the murder of rival gangster Raju Theth who was shot dead on December 3. “Can anyone get someone killed while being in detention,” Goldy asked. 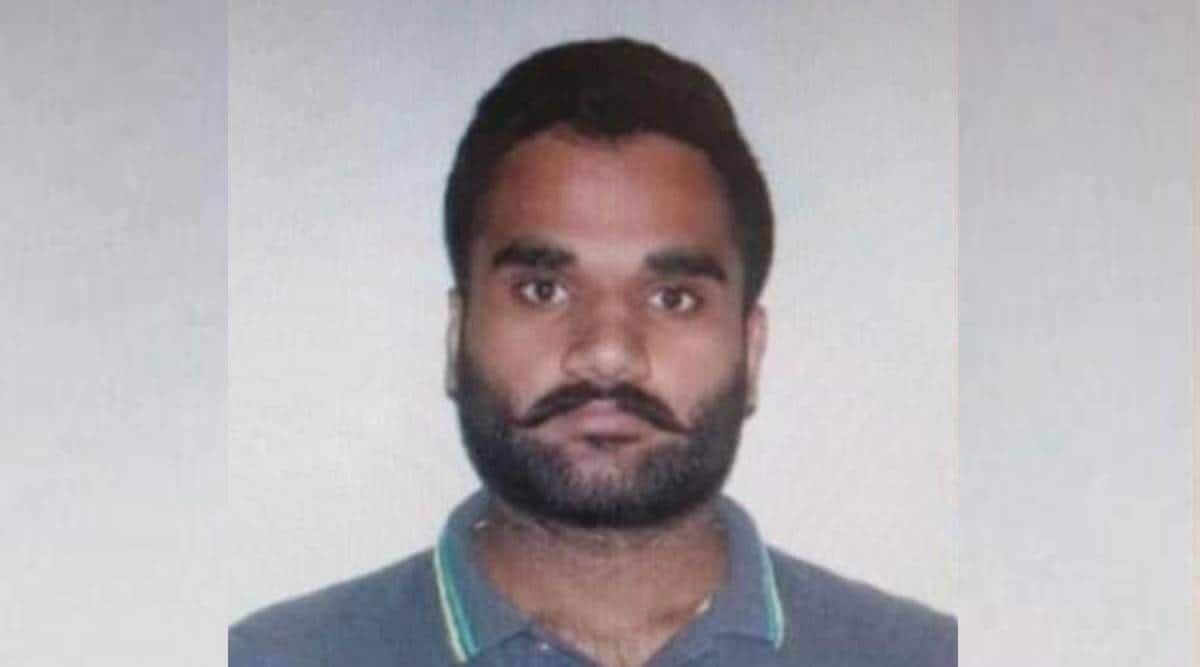 A native of the Faridkot district, Goldy Brar is currently based out of Canada, allegedly operating from there through a module in Punjab. (File)

Three days after Punjab Chief Minister Bhagwant Mann claimed that Goldy Brar — the mastermind behind the murder of singer Sidhu Moosewala — had been detained in the US and “will be in the custody of Punjab Police soon”, the most-wanted gangster purportedly appeared in an interview and said he will “never be caught alive”.

Also Read |Who is Goldy Brar, implicated in the murder of Sidhu Moosewala?

Goldy, whose real name is Satinderjit Singh, also claimed in an audio interview with journalist Ritesh Lakhi on a YouTube channel that he had long left Canada and the US and was “currently in Europe”. A key member of the Lawrence Bishnoi gang, Goldy, who has claimed responsibility for the murder of Moosewala, said “I will never be caught alive” and that in case he lands in a situation where he could be arrested, he always carries a weapon and would “shoot self dead”.

The gangster also claimed the credit for the murder of rival gangster Raju Theth who was shot dead on December 3. “Can anyone get someone killed while being in detention,” Goldy asked.

Earlier, in a social media post, one Rohit Godara, who identified himslef as member of the Bishnoi gang, had taken the responsibility for killing Theth. Another person purported to be Lakhbir Singh Landa is also heard talking to Lakhi in the audio interview. Landa is the prime accused in Rocket Propelled Grenade at Punjab Police Intelligence headquarters in Mohali on May 9.

Both refuted reports of Khalistani terrorist Harvinder Singh Rinda’s death in a Pakistan hospital, saying he was alive and fine. Announcing his detention on December 2 in Ahmedabad, Mann had said, “Being the head of the State, I tell you..it is confirmed news. California police have detained him. They have contacted the Indian government and the Punjab Police and informed them about his detention. They have asked whether he needs to be deported”. He had further said that “we will definitely bring Goldy Brar to India as per the treaty with America so that the families that have lost their sons and daughters find some solace”.

Meanwhile, Goldy, in the interview, said that the way Aam Aadmi Party (AAP) government in Punjab and had been registering cases under the Unlawful Activities (Prevention) Act (UAPA), “there will be all the more rise in number” of gangsters.

In an apparent reference to murder of his cousin Gurlal Brar and subsequent revenge killing of Youth Akali Dal leader Vicky Middukhera, Goldy said that police acted in a “biased” manner and made Moosewala’s father Balkaur Singh as witness in the singer’s killing, while none of the family members or relatives were considered an eyewitness, “when our brother was killed”.

Goldy claimed that he had photographic “proof” of a rival gangster meeting Moosewala’s father in PGI, Chandigarh.

Goldy’s cousin Gurlal was shot dead in 2020, following which his gang killed Gurlal Singh Pehalwan, a Congress activist in Faridkot in February 2021. The gang war did not stop there as Goldy and Bishnoi’s rivals, the Bambiha gang, killed Akali Dal leader Middukhera in Mohali in August 2021.

In the interview, Goldy also said his cousin “was labelled as gangster even as he faced no case”. He claimed that he was “left with no choice but to pick arms” as justice was not delivered to the family.

Advertisement
Also Read |NRIs welcome action against Brar: ‘He should be handed over to Punjab Police’

He indicated that there would be “another proof” in coming days, of him being alive, while underlining that no innocent would be killed and no guilty would be spared.

Reached for his reaction to Goldy’s claims, Punjab Additional Director General of Police Promod Ban, who is also the chief of Anti Gangsters Task Force (AGTF), said, “No comments”. State policve chief Gaurav Yadav did not respond to phone calls.

In the interview, Landa said it was a battle of bullet and that “either they (rivals) will get it or we will get it”. The duo also justified the recent murders of Shiv Sena leader Sudhir Suri and Dera Sacha Sauda follower and and sacrilege case accused Pardeep Singh.

He said the pain of Moosewala’s parents could not be described in words or even felt by anyone else. “Only his (Moosewala’s) father or mother knows how they are dealing with this,” he said, noting that killing someone was “a bajjar paap (gross sin)”.