How will we pay off our debts, ask kin 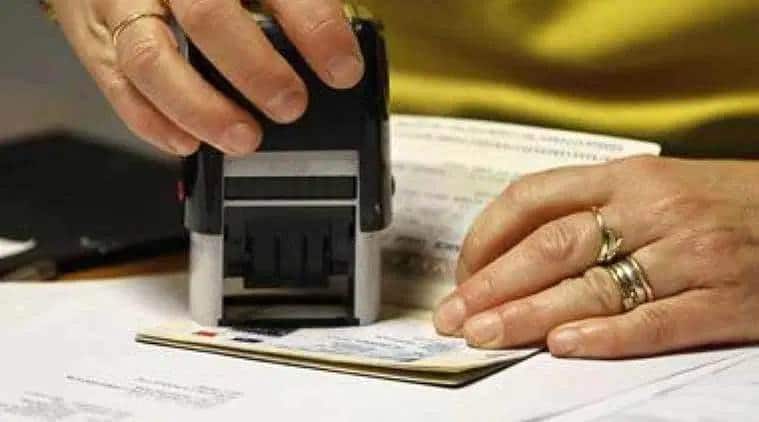 Out of167 Indians who are set to be deported, 67 are from Punjab (20 from Doaba region itself). (Representational image)

“He was deported today. How will we pay huge debt around Rs 40 lakh back which was taken to send him the US? He left home 14 months ago and reached there after spending nearly 8 months on the way to the US by crossing various countries on foot and through local transports. For the past over six months he was in the detention center. Union government should have taken up the matter with the US…the future of our children is at stake due to heavy debt and no source of income here,” said Rajwinder Kaur, the wife of Jatinder Singh (35), who was among the 165 Indian youths who were deported and landed from the US Tuesday evening.

She is also worried about his health as deportation at the time of Covid-19 might lead to infection as several people are being brought together in a plane from various US states.

“We paid USD 10,000 to the lawyer to fight his case while he was at the detention centre in Houston…He is BA, but still had no job in hand here and then he started running a grocery shop, which was taken on rent. He could not earn much from it and then he decided to fly abroad after an agent contacted him,” said Kaur, questioning, “Is having a dream about good future of our children sin?”

Asking Punjab government to help, Rajwinder, who lives in Mukerain in Hoshiarpur district along with her two children and old mother-in-law, rued that the family would have been saved from this situation if her husband had got a job here in the first place.

Their families back home are anxious as they want that government should take up the matter with the United States government to stop this deportation.

Others in the list include 76 youths from Haryana, 12 from Gujarat, five from UP, four from Maharashtra and two each from Goa, Kerala, Tamilnadu, Telangana, and Andhra Pradesh.

Family of Sukhjit Singh, another youth on the list who is from village Muradpur Awana under Mukerain subdivision, also wants the government to take up the matter.

“Travelling is not safe at the time of coronavirus and also families who have paid a hefty amount to the agents to take the boys to the US would come under huge loss due to debt is already taken as well sending their sons empty-handed and with humiliation,” said Nirmal Singh, Panchayat member and uncle of Sukhjit Singh.

Kapurthala-based families from villages Rampur Jagir, Raipur Peer Bakhash said that they too had spent Rs 50 lakh each to send their kin abroad.

A member of one such family said:“ Now the lawyers in the US are also not able to get the youth stayed back there due to some new rules of the US government regarding the illegal immigrants.”

Sources in the Ministry of External Affairs said that the new rule have increased the deportation rate from USA manifold since last year.

Executive Director, North American Punjabi Association, said that a large number of Indians had been detained over the past few months ever since stringent immigration rules were passed in the US.

“Earlier if any illegal migrant, who was living in US for more than two years, he could not be deported without going to court but now the rule has changed,” said Chahal, adding that the dreams of these youths are getting shattered as they want to work in the US, but are now facing imminent deportation.