Amarinder extends curbs till April 10, orders to ramp up vaccination

With officials informing that a fall in daily cases is expected only by mid-May, Chief Minister Amarinder Singh also ordered to ramp up testing and vaccination drive. 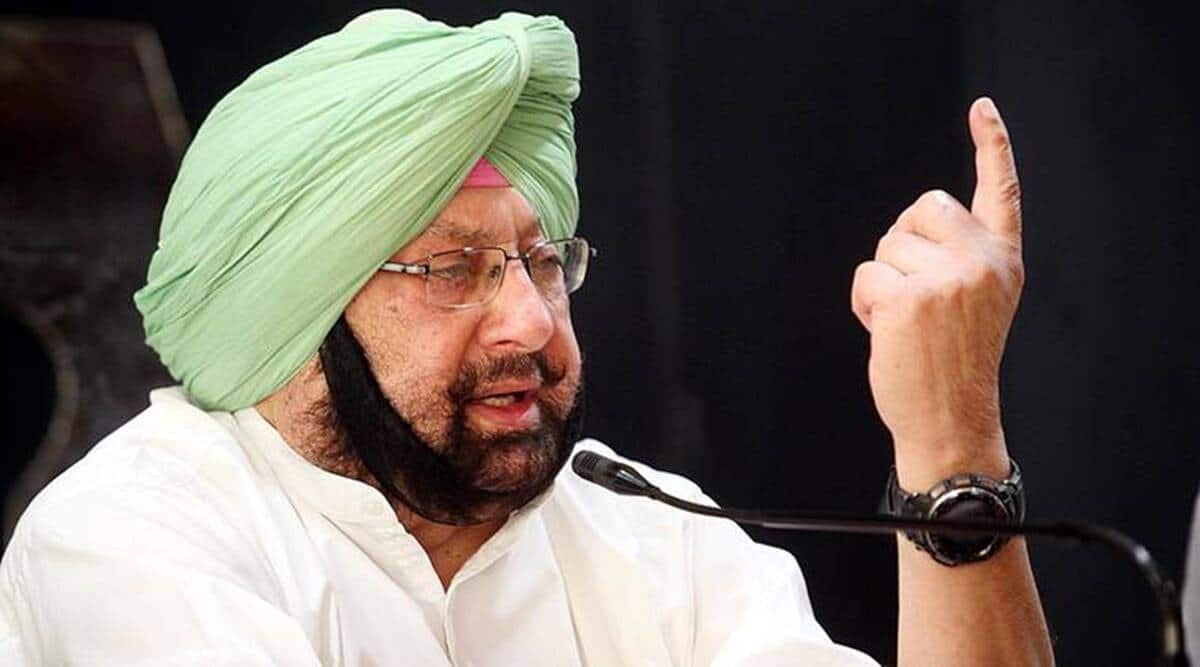 The Chief Minister also ordered the launch of a vaccination drive at prisons after 40 women inmates in Patiala’s Nabha Open Jail tested positive for coronavirus. (File)

On a day Centre said that Punjab has been neither conducting adequate number of tests nor been able to promptly isolate Covid-19 positive people, the state government, battling a second wave of infections, Tuesday ordered to extend till April 10 the curbs already in place till March 31. With officials informing that a fall in daily cases is expected only by mid-May, Chief Minister Amarinder Singh also ordered to ramp up testing and vaccination drive.

Addressing media in Delhi, Union Health Secretary Rajesh Bhushan, said in Punjab, the average daily new cases has now risen to 2,742 from 332 in the second week of February. Giving an overview of the Covid-19 situation in states and Union Territories that are witnessing a surge in cases, Bhushan said the average daily deaths, which was eight in Punjab in February, has now increased to 52.

“This signifies that neither are you (Punjab) doing adequate number of tests nor are you able to promptly isolate the positive people,” he said.

Punjab has been recording a high case positivity rate of 8.82 per cent, the Health ministry said.

Subscriber Only Stories
View All
ExplainSpeaking: How to evaluate a Union Budget
Mahesh Vyas writes: Why the job shortage is for real
Delhi confidential: Focus On Projects
Gandhi to Tagore: At old St Stephen’s campus, a glimpse into remnants of ...
Apply New Year promo code SD25
Read |I don’t believe in this business of either religion or regionalism: Amarinder Singh

Meanwhile, chairing a review meeting in Chandigarh, the Punjab CM extended the restrictions to tackle the rising cases by another 10 days.

On March 19, the state government had ordered the closure of all schools and colleges till March 31 and directed that not more than 100 people should be allowed at malls at any time while the cinema halls were told to keep the numbers at 50 per cent of their total capacity. In the 11 worst-hit districts, a complete ban was ordered on all social gatherings, except for funerals and weddings, in which only 20 people were allowed.

The CM directed the Health Department to increase the number of vaccination sites to target the priority categories. In the wake of 40 women at Patiala’s Nabha Open Jail testing positive for coronavirus, Amarinder ordered the launch of a vaccination drive in the prisons. He also asked Chief Secretary Vini Mahajan to issue the necessary directions for carrying out testing and vaccination in busy market areas along with other crowded places. He asked all deputy commissioners and civil surgeons to identify places where mobile vaccination centres can be created. He also directed for pooling of resources available in districts with high number of cases for effective management of the pandemic and uptake of the vaccination.

A recent survey had shown the UK strain of the virus to be the most prevalent in the state.

At the review meeting, Principal Secretary, Health & Family Welfare (PSHFW) informed that positive cases and deaths are rising rapidly in some of the districts and projections presented by the CMC, Ludhiana, show that infection numbers are likely peak around April 6. The numbers will be decreasing by mid or late May as per the estimates with Jalandhar, Ludhiana, Patiala, Sahibzada Ajit Singh Nagar, Hoshiarpur and Kapurthala expected to contribute more cases.

Positivity rate is likely to be high in those below 40, the official said citing the projections.

There is a need to increase the bed availability in some of the private hospitals treating critically ill patients, the CM said. Strict monitoring of patients in home isolation should be done, the CM said, adding that they should be transferred to the appropriate level of healthcare facilities if need be.

The CM asked all DCs and civil surgeons to ensure that no death occurs in a Level-2 facility and there is early shifting of a patient to a Level-3 facility once it is established that the patient needs critical care.

DGP Dinkar Gupta informed that since the last meeting, when the decision to challan the Covid protocol offenders along with RT-PCR testing was taken, 90,360 persons had been challaned and tested for Covid. He requested for a special vaccination drive in the police lines.

All districts have also been ordred to increase the number of vaccination centres by including all health facilities up to the sub-centre level, dispensaries, ayurvedic and homoeopathic healthcare facilities and private empanelled hospitals.

Dr KK Talwar, adviser, Health & Medical Education to the Government of Punjab, suggested that routine non-Covid treatment in some of the selected private hospitals may be deferred by 2-4 weeks, and more ambulances be made available to the district hospitals where there are no medical colleges.

‘I have it daily’: Mira Kapoor shares ayurvedic secret to good health