Fighting for India in a foreign land

Combined arms-manoeuvre warfare in Ladakh will change the face of combat in the mountains. Lily Bawa, wife of MVC awardee Col. Inder Singh Bawa who was killed during an operation in Sri Lanka in 1987, standing in front of a memorial to her husband at her house in Panchkula. (Express photo by Jaipal Singh)

Colonel IBS Bawa kept alive the great traditions of the 5 Gorkhas while leading the 4th Battalion to victory in Sri Lanka.

4/5 Gorkha Rifles is a distinguished battalion from a great regiment. In 1971, along with others, it was instrumental, in the Battle of Sylhet in East Pakistan, in preventing two Pakistani brigades from withdrawing to and strengthening the defences of Dhaka leading to the surrender on December 16. The battalion landed in Sri Lanka on October 1, 1987, and went into action immediately. Their task was to link up with the besieged 13 Sikh Light Infantry and a team of 10 Para Commando. The Commanding Officer (CO), Colonel Inder Bal Singh Bawa, led the battalion in a clearing, bypassing and neutralising many LTTE strongpoints on the route. Stiff opposition caused many casualties to the Gorkhas. The LTTE proved as adept at conventional warfare as at guerrilla tactics. Bawa was at the forefront of his unit’s actions inspiring his men.

The mission was completed, and the marooned soldiers of the Sikh LI and Para Commandos evacuated with the help of a troop of tanks from 65 Armoured Regiment. But now the LTTE attacked 4/5 GR bringing up the rear of the column.

At 9 am on October 13, as Bawa moved towards his rear company which was surrounded by the enemy he was hit in the chest. Unmindful of his wounds he retained command. He could not be evacuated before the evening when he was taken to the Main Dressing Station on a tank. Profuse bleeding led to his death.

Motivated by their CO’s example and his dedicated leadership and tenacity, the Gorkhas completed their mission and many more in the counter-insurgency phase of the operations before being withdrawn more than a year later. Bawa was awarded the Maha Vir Chakra for his determination, courage and inspiring leadership.

Inder was commissioned in June 1967 and served as ADC to the commander of 14 Division on the Western front during the 1971 war. He had taken over 4/5 GR only a few months prior to action in Sri Lanka. His wife Lily Bawa, a former municipal councillor, lives in Panchkula and keeps his legacy and the memory of his valour alive. Colonel IBS Bawa, his second-in-command and his men after deplaning in Sri Lanka. (Express photo by Jaipal Singh)

This is my tribute to all those who fought for their country in Sri Lanka. 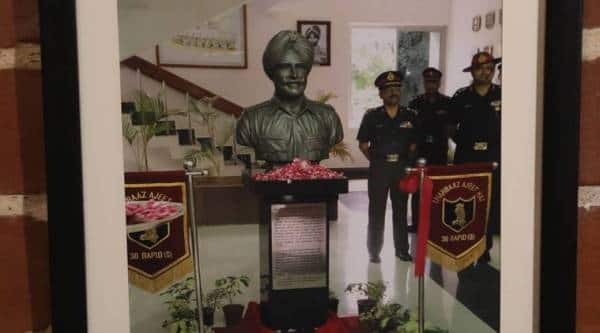 A combined-arms training exercise by the name of Chang Thang was recently conducted in Eastern Ladakh. This visualised the defeat of enemy mobile forces advancing into our territory. They were to be lured into armour killing areas in valleys where tanks backed by air support, artillery and anti-tank guided missiles were to annihilate them. Light, fast-moving forces like the Ladakh Scouts were to occupy and dominate heights and features with their tank-hunting teams causing attrition to the enemy’s flanks.

Ultimately the enemy’s remnants were to be pushed into their territory and with the help of mechanised infantry enough territory gained to put in place a strong defence line. Mobile warfare has finally come to the Himalayas!

Paras Chhabra: Told my girlfriend that any love story in Bigg Boss house will only be for three months