Although firemen resented the decision, Municipal Commissioner K K Yadav said that he had to prevent the city from an epidemic and when such a serious situation arises, every staff member, be it a clerk or he himself, would be involved in the cleaning of the city. 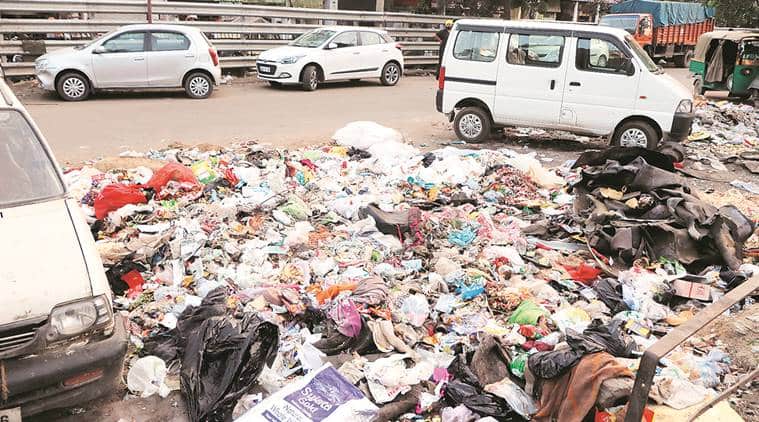 However, the Municipal Corporation sought the help of the police and transported the garbage to the dumping ground and processing plant. As the collectors refused to end the strike, as many as 22 trolleys of MC — belonging to sanitary, horticulture and other wings — were tasked with collection of garbage. Also, due to the absence of police force, firemen were asked to accompany two officials in each of the 22 trolleys.

Although firemen resented the decision, Municipal Commissioner K K Yadav said that he had to prevent the city from an epidemic and when such a serious situation arises, every staff member, be it a clerk or he himself, would be involved in the cleaning of the city. “Today, as the police force was deployed at Dadumajra, we couldn’t get the force and thus just to boost the confidence of our staff, firemen were deployed with them. One reason was because they wear the dress almost similar to that of the police. From tomorrow, we will get the police force,” Yadav said. The commissioner has passed orders that leave of the entire staff has been cancelled until the strike ends.

Mayor Davesh Moudgil told mediapersons MC would not yield to any pressure and they were legally bound to carry out segregation. “Since we won’t reverse the decision as we are legally bound and we want our city clean, we won’t take any pressure. Garbage collectors should end the strike now,” he said at a press conference.

Registrations are open for 1,437 garbage collectors to get them registered with MC for jobs. Municipal Commissioner K K Yadav said that any of these workers who wants job can come forward and he would be put on rolls with MC on a first-come-first served basis.

The Chandigarh Police booked five persons, including a woman, for threatening Municipal Corporation employees engaged in garbage collection in Sector 8 on Monday. The five accused were identified as Monu, Sanjay, Kirti, Anopp and Vinod. Although other people were present along with the five when the MC employees were threatened, their identity could not established. Police said the complaint was filed by Ishu Singla, an official of MC health department. Singla was informed about the names of accused by MC employees who were deputed for collecting the garbage in Sector 8. Sources said the accused forcibly took the keys of tractor-trolley in which garbage was being loaded by the MC employees. The accused also obstructed the garbage collectors from performing their duties. A case under sections 353 (assault or criminal force to deter public servant from discharge of his duty), 506 (criminal intimidation) and 34 (acts done by several persons in furtherance of common intention) of the IPC was registered at the Sector 3 police station.