"Once the party is announced, we will fight on all 117 seats...There will be plenty of Congressmen coming here," Captain Amarinder Singh said. 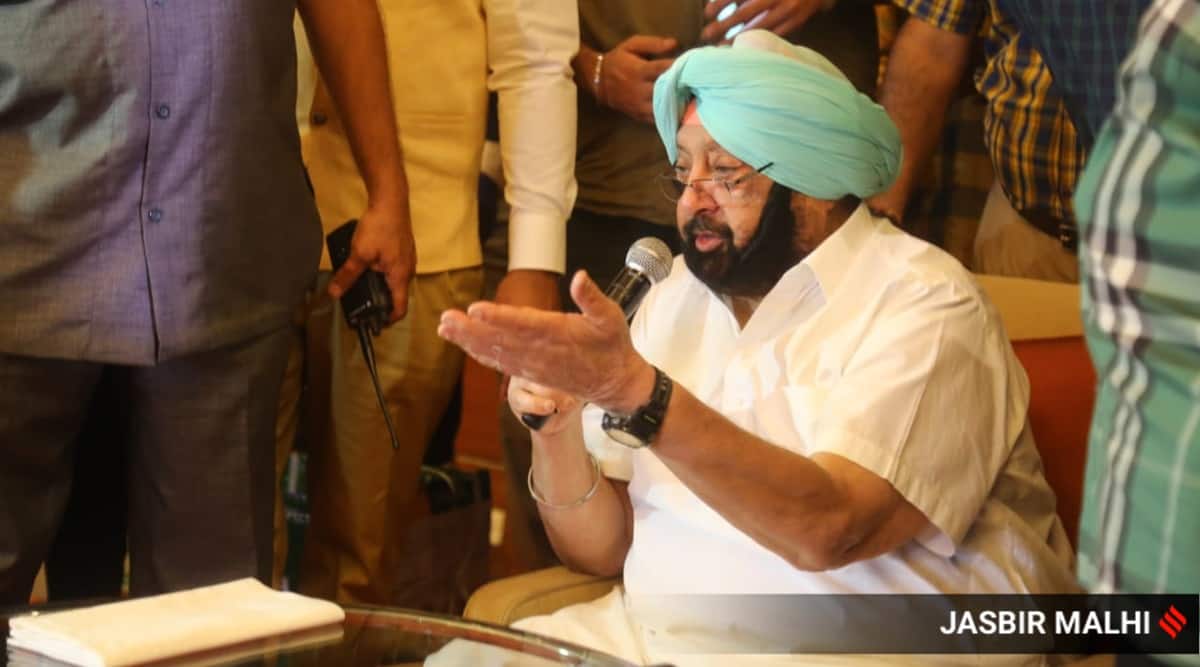 In his first press conference since his resignation last month as Punjab chief minister, Capt Amarinder Singh defended the Centre’s decision to enhance the BSF jurisdiction in the state, saying it was to counter the threat posed by drones from across the border.

“To say that enhancement of BSF jurisdiction is wrong is not fair. Nobody is taking over the states. It is just that they are on the lookout for drones in a 50-km area. That’s why they have enhanced jurisdiction,” he said.

The Centre’s decision to extend the BSF’s jurisdiction from 15 km to 50 km inside the international border along Punjab, West Bengal and Assam had triggered furious reactions from Opposition-ruled states, with Punjab with an all-party meeting in Punjab, barring the BJP, passing a unanimous resolution on Monday rejecting the Centre’s notification.

At the press conference, Singh said Pakistan and Khalistanis were fomenting trouble and the state needs to put up a united front. “The technology of drones is changing fast. They may come ever deeper into the states… CRPF and BSF should give assistance to Punjab Police if we want peace in the state,” he said.

Singh also defended his performance over the last four-and-a-half years and announced that he would announce his new party soon.

“Lawyers are working on finalising the name (of the new party). Let the EC decide. We have made a request for a symbol and name… We will contest on all 117 seats. We will have a seat-sharing arrangement with the BJP. I have not said we will be allying with the BJP.”

Saying he has “not yet talked to the BJP”, he made it clear that he had no intention of aligning with the Shiromani Akali Dal (SAD) but only with breakaway Akali groups. “To defeat the Congress, SAD and AAP, we will all have to work as a joint force,” he asserted.

Singh said he would lead a non-political delegation of agricultural experts to meet Union Home Minister Amit Shah in New Delhi on Tuesday to discuss possible solutions to the farmers’ agitation.
Asked why he hadn’t resigned from the Congress yet, Singh responded, “I have spent 52 years in the Congress, how does it matter if I stay for another 10 days?”

He said many people from the Congress were in touch with him and that they would come out at the “opportune moment”.

Amarinder began his address by saying that he had come to list his achievements while he was CM. “We have fulfilled 92 per cent of the promises made in the manifesto. Only 10 promises could not be fulfilled as those were related to VAT… When I left the government, we had recorded an investment of Rs 96,000 crore through industry.”

Amarinder came to the meeting accompanied by his former advisors and OSDs. No political leader accompanied him.

Taking on his detractors, particularly Navjot Sidhu and Sukhjinder Randhawa, Amarinder slammed them for indulging in petty issues. “We will fight and defeat Sidhu from wherever he contests the upcoming Assembly polls,” he vowed.

Singh also dismissed as “baseless” the allegations against his Pakistani friend Aroosa Alam.