The main focus in the next budget will be on promoting key areas, including education, health, rural development and environment among others, Khattar added. 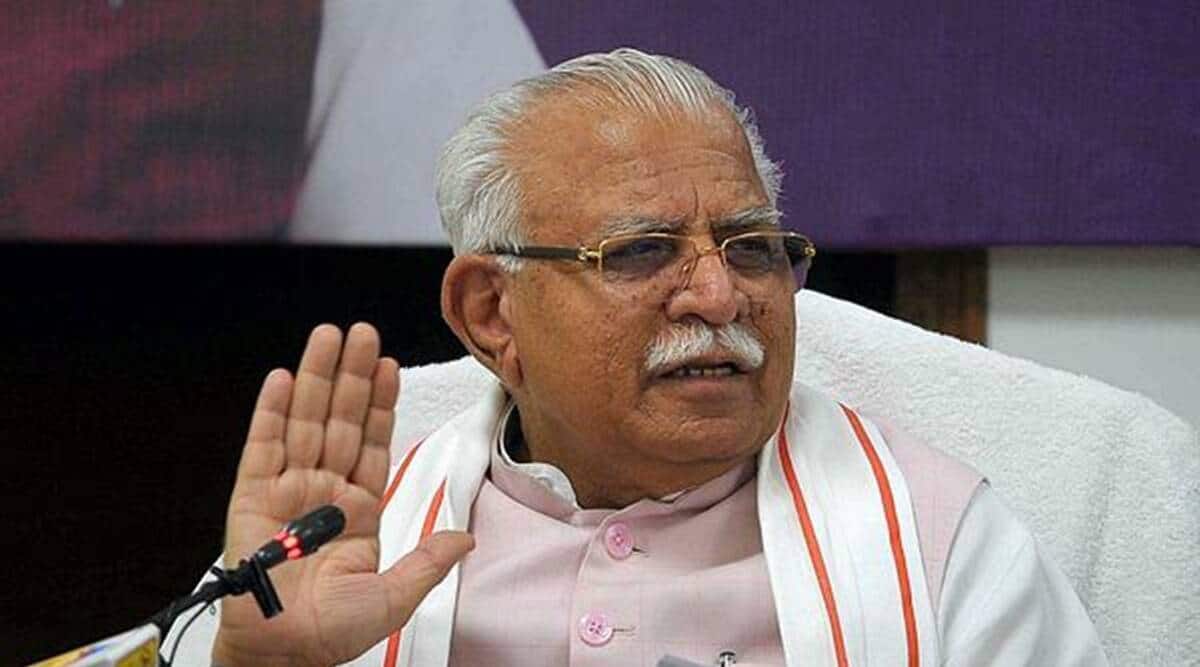 This year, CM Manohar Lal Khattar said the budget is being prepared to keep in mind the income and expenditure. (File)
Listen to this article
For budget, Khattar reaches out to MLAs: ‘share list of works to be done, suggestions, demands’
x
00:00
1x 1.5x 1.8x

He was addressing the legislators during a discussion on ‘State Finance Management and Budget’ organised by the Haryana Vidhan Sabha in Panchkula, according to a release. Vidhan Sabha Speaker Gian Chand Gupta, Deputy Speaker Ranbir Gangwa, Parliamentary Affairs Minister Kanwar Pal and other ministers and MLAs attended the programme.

Khattar, who also holds the portfolio of finance ministry, said that while preparing the budget for the last three years, he understood the deep and untouched aspects of it.

This year, the chief minister said the budget is being prepared to keep in mind the income and expenditure.

Further, Khattar said, “Such training programmes will also provide an opportunity for the MLAs to understand the detailed information of the budget. This also helps in preparing the state budget well and will become an ideal budget for other states as well.” He said before preparing the budget, if there are demands from the members, the state government will try to include them in the budget.

This year, the chief minister is asking for suggestions three months prior to the presentation of the state budget.

“Therefore in these three months, all the MLAs can send the list of development works to be done in their respective areas to the finance department or the concerned minister or even directly to me, so that these demands can be included. I will try my best to fulfill the demands raised by every MLA,” said Khattar.

He said the state budget for the year 2023-24 will be for the welfare of every section of the society.

The main focus in the next budget will be on promoting key areas, including education, health, rural development and environment among others, he added.

The Chief Minister said the state government has started pre-budget consultation meetings with various stakeholders to make the budget welfare-oriented.

This year’s budget, the state government held eight meetings with public representatives and discussed with 477 stakeholders from different sectors, including real estate, agriculture and education. He said the state government has also formed eight committees of 74 MLAs to discuss the budget.

On Haryana’s economic condition, Khattar said it is better than many other states. “Our financial management is good, due to which we have been able to manage the state’s budget deficit. In terms of per capita income also, we are number one among the big states,” the Chief Minister added.