As per the scheme document accessed by The Indian Express, 'Schools of Eminence' aims to re-imagine education in government schools for holistic development of children and prepare them to be responsible citizens. 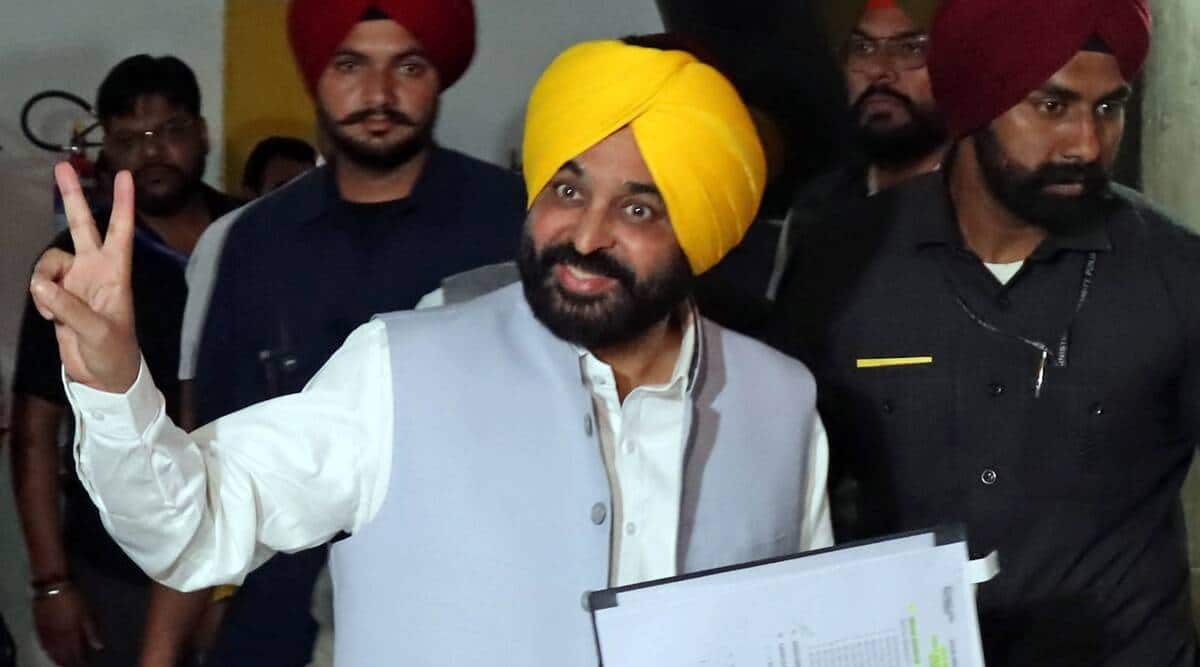 The Aam Aadmi Party (AAP) government in Punjab will launch its first major education project — “Schools of Eminence” — on January 21.

Modeled on the lines of Delhi’s Schools of Specialized Excellence, in the first phase, 117 existing government schools will be upgraded as Schools of Eminence — which will have special focus on students from class 9 to 12.

From 35:1 Pupil Teacher Ratio (PTR) to courses in English and French proficiency, STEM and robotics labs to swimming pools in campuses — the new schools will be vastly different from ordinary government ones, government officials said.

As per the scheme document accessed by The Indian Express, ‘Schools of Eminence’ aims to re-imagine education in government schools for holistic development of children and prepare them to be responsible citizens. The schools aim to impart education of the highest quality so that it becomes the most attractive option for parents. Schools of Eminence will be technology-based learning institutions, with state-of-the-art facilities.’

The document underlines that these schools will cater to class 9 to 12 students and will offer four main streams — non-medical, medical, commerce and humanities for 11 and 12. However, the focus will not just be on science, but students will also be exposed to art, dance, music, theatre, foreign languages, life skills etc. Professional coaches will be provided for sports training, says the scheme document.

The document underlines that these schools will cater to class 9 to 12 students and will offer four main streams — non-medical, medical, commerce and humanities for 11 and 12.

The scheme says that existing schools, which will be converted into ‘Schools of Eminence’, would be supported through additional resources and a pupil teacher ratio of 35:1 will be maintained. Students will be given career counselling and free coaching for competitive exams and Armed Forces entrances. Clubs will be formed to exhibit their leadership skills and improve life skills such as robotics, cooking, driving etc.

There will be specialized trainers for activities such as yoga, fine arts, dance, music, theatre etc. State-of-the-art sports facilities will be provided with coaches for at least three games (hockey, football, kabaddi, volleyball) and sports courts will be developed in each school.

The scheme document further says that students will be provided enhanced learning programmes in artificial intelligence, animation, web designing and will be trained in foreign languages — including French, Chinese, German, Spanish and Japanese.

Fitness parks, indoor gymnasiums, open air theatres and swimming pools will be developed on campus as per space availability, and if there is no space available, then access to the nearest swimming pool will be provided in coordination with the sports department.

There will be arts, crafts and music rooms, a school band and high speed internet connection with WiFi on the campus.

The scheme also proposes a child tracking system with photos of each student on ePunjab portal.

The scheme proposes to incorporate legal studies as a part of curriculum in these schools. To make students ready for international exposure and employability, there will be courses for fluency in English.
The scheme proposes ‘well-lit spacious rooms, electrical appliances, adequate furniture, functional toilets, vending machines for sanitary pads and incinerators machines, swimming pool, wi-fi, auditorium’, among other facilities.

All classrooms would be ‘Smart’ with blinds for windows, interactive panels with speakers in at least two classrooms, almirahs with lockers for students, rechargeable laser pointers, cubicles etc.

There will be a reception area with digital records of each child, uniform colour-coded classrooms, star student boards, bio-metric attendance, public address system in the whole campus, canteen, tuck shop, among other proposed facilities.

The scheme lays special focus on Children with Special Needs (CWSN) and proposes a ‘barrier free environment for CWSN’ with friendly toilets and furniture, and signages in braille for visually impaired.

The schools will be eco-friendly, complete with solar panels, LEDs, nutrition garden, waste management, plastic reuse and water conservation systems in place. For safety, the scheme proposes fire extinguishers and alarms in every school, CCTV cameras and display boards with emergency numbers.

Three committees — at the state, district and school level — will be constituted to supervise progress of the project. The state-level committee will be constituted under the chairmanship of principal secretary with eleven members including DGSE, director SCERT, DPI and other senior officials.

The scheme adds that the entire work of development and maintenance of ‘Schools of Eminence’ will be done from state government funds with a special budget set aside for the project. Each school would be geo-tagged to monitor the implementation closely.

Tech savvy, focused and future ready, the Rs 200 crore Schools of Eminence project is the AAP’s first big-ticket attempt to rejuvenate the state’s education sector and bring it at par with neighbouring Delhi