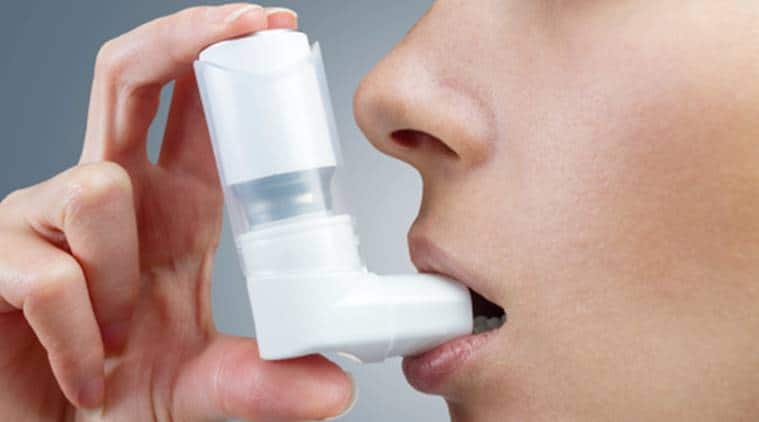 Emphasising on how important inhalation therapy was for the asthma patients, Dr Jindal said that seven out of 10 patients in Chandigarh do not use the therapy at all. (Representational image)

On an average, in 2018, Chandigarh has seen a 10 per cent rise in the number of people suffering from asthma as compared to last year.

Approximately, one-third of Chandigarh citizens will develop asthma before the age of 20

These are some of the findings revealed by Dr Meenu Singh, Professor of Paediatric Medicine, Postgraduate Institute of Medical Education and Research and Dr S K Jindal, former professor and head of Pulmonary Department, during a press meet Wednesday ahead of a national campaign on asthma that would begin on Saturday.

According to Professor Singh, 6,000 children of government and private schools in Chandigarh were surveyed by the PGI, in collaboration with Global Asthma Network. “Though the findings are being compiled since children in other centres like Delhi and Lucknow have also been surveyed, the findings herein Chandigarh have depicted that the asthma cases in children between the age group of six and seven years and 13-14 years have doubled from 3 per cent to 6 per cent,” she stated.

Professor Singh said that several factors, including pollution and other environmental impact, leads to asthma in patients” “Air pollution, genetics, damp environment, dust all act as asthmatic triggers”s,” she said. In the first case, parents don’t accept the diagnosis of asthma in children and they keep avoiding it, which aggravates the problem, she said”

“It has become imperative to tackle the problem as early as possible and spread awareness on the correct and most effective way to handle it. It is broadly accepted that little or no adherence to right treatment is a widespread issue among the children in Chandigarh that is associated with poor health outcomes, resulting in unscheduled doctor visits and hospitalisation,” Professor Singh added.

Emphasising on how important inhalation therapy was for the asthma patients, Dr Jindal said that seven out of 10 patients in Chandigarh do not use the therapy at all. Jindal added that the number of patients using inhalation therapy has increased in the last few years, an estimated 50 per cent of asthmatics, however, discontinue inhaler use, largely women and children. “Many people feel that they will become addictive to inhalation or use them only when they suffer an asthmatic attack,” he said.

”Less than a quarter, around 15 per cent of the people with asthma in Chandigarh have an action plan in place. Asthma is a chronic disease usually characterised by airway inflammation and narrowing of the airways, which can vary over time. On an average, in 2018, Chandigarh has seen a 10 per cent rise in the number of people suffering from asthma as compared to last year. Approximately one-third of Chandigarh citizens will develop asthma in some time, mostly before the age of 20,” he said.

Dr Jindal said that the reasons for the prevalence of asthma in Chandigarh include an uncontrolled rise in the number of vehicles, allergies, increased consumption of tobacco, incorrect treatment in children, ignorance amongst parents, seasonal variations and weather fluctuations. At the PGIMER, north India’s premier medical hub, the respiratory OPD had seen a huge increase since 2010. From 18,627 patients registered in 2010, the number rose to 40,068 in 2016.