As US begins deporting arrested illegal migrants, 165 land at Amritsar

A top source at the airport said another flight carrying around 150 deported Indians is expected to arrive in Amritsar later this week. 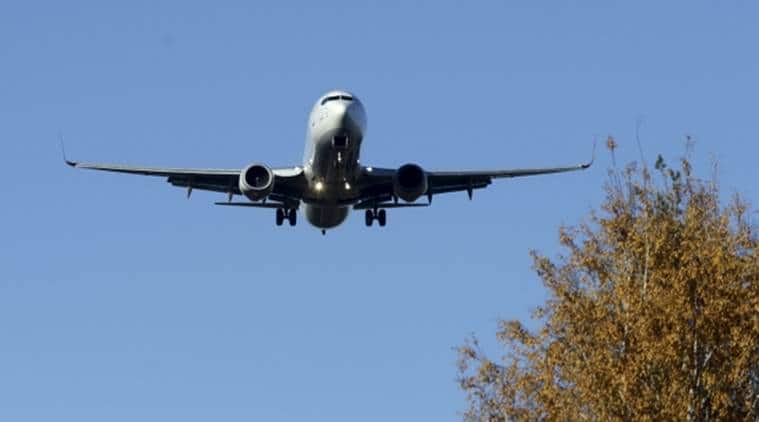 Officials said among those who landed in Amritsar on Tuesday, three are women — two from Gujarat and one from Maharashtra – and at least 15 deportees are under 20 years. (File)

With the United States having begun deporting illegal migrants in the wake of the Covid-19 pandemic, a batch of 165 Indian nationals landed at Amritsar’s Sri Guru Ram Dass Jee International Airport around 4 pm on Tuesday and will go on a mandatory 14-day quarantine, officials said.

A top source at the airport said another flight carrying around 150 deported Indians is expected to arrive in Amritsar later this week.

Secretary, NRI Affairs, Punjab, Rahul Bhandari said those who come from Haryana will be quarantined there — the Haryana government has sent a bus to the airport to take them back. “We are trying to tie up with far-off states such as Gujarat, Maharashtra, Kerala, Andhra Pradesh and Telangana to quarantine their deportees here if they request us to do so,” Bhandari said.

According to officials on ground coordinating the landing formalities, 76 of those who arrived are from Haryana, two each are from Kerala, Telangana and Tamil Nadu, and one each from Andhra Pradesh and Goa; the remaining people are from Punjab.

The 165 people deported are from among 1,739 Indian nationals held in 95 jails across the US for illegal immigration, according to Satnam Singh Chahal, executive director of the North American Punjabi Association.

They were arrested by the US Immigration and Customs Enforcement (ICE) while trying to enter the US illegally, mostly through the country’s border with Mexico. Most of them have exhausted all legal options, including seeking asylum in the US, officials said.

While the first list received by the authorities in Amritsar had 161 names, and another 10 names added on Monday evening took the count to 171, eventually 165 people boarded the special chartered flight operated by Omni Air International that landed at Amritsar.

“Since the airport is not operational for commercial flights, immigration and medical scanning will take a long time. We are expecting them to leave the airport only by late night,” a senior official told The Indian Express.

Officials said among those who landed in Amritsar on Tuesday, three are women — two from Gujarat and one from Maharashtra – and at least 15 deportees are under 20 years. The oldest deportee is a 59-year-old resident of Hoshiarpur in Punjab.

As per a US Department of Homeland Security communication to New Delhi recently, these immigrants were in the custody of ICE at detention centres in Texas, Arizona, California, New York and Washington.