Congress’s political moves are not based on the full understanding of the national imperatives of Punjab and its key concerns, says the former chief minister Amarinder Singh. 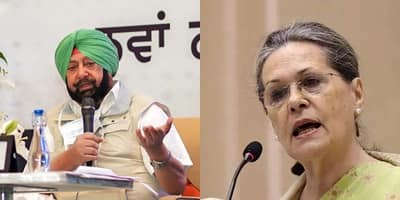 Informing Sonia Gandhi of his decision to resign as Punjab Chief Minister, Captain Amarinder Singh sent a letter Saturday to the Congress chief in which he expressed “personal anguish” at the political developments and claimed that his government had fulfilled nearly 90 per cent of its pre-poll promises — from tackling the drug menace to handling the sacrilege case.

Conveying his apprehension of instability in the state, Amarinder wrote that the party’s political moves were “not based on full understanding of the national imperatives of Punjab and its key concerns.”

“Notwithstanding my personal anguish, I hope this will not cause any damage to the hard-earned peace and development in the state, and that the efforts I have been focusing during the last few years, would continue unabated, ensuring justice to one and all,” he wrote.

At the same time, he expressed satisfaction at having done his best for the border state, which “has many geo-political and other internal security concerns, which I tried to handle effectively without any compromise”.

Referring to his nine-and-a-half years as Chief Minister — 2002 to 2007 and 2017 to 2021 — Amarinder wrote that he “established the rule of law, and ensured transparent governance” and “maintained ethical conduct even in the management of political affairs” while “winning 8 out of 13 seats in the Parliament Elections in 2019”, apart from wins in local polls.

He claimed that his government had fulfilled 89.2 per cent of its poll promises while work was in progress on the remaining commitments.

On the sacrilege case and police action of 2015, he pointed out that his government had established a judicial probe headed by Justice (Retd) Ranjit Singh, whose report was received on August 16, 2018 — it was accepted and “full legal action” taken.

The letter stated that despite legal hurdles and “refusal” of CBI to return the cases, which were transferred to them by the previous SAD-BJP government, 24 persons were charge-sheeted, 15 police personnel suspended, and 10 civilians arrested. “The criminal proceedings in these cases are currently underway and I am sure that in due course justice will be done,” he wrote.

On the controversial power purchase agreements, Amarinder wrote that his government had invested Rs 3,709 crore in electricity transmission and distribution infrastructure from 2017-21 and released about Rs 11,000 crore per annum to benefit 22 lakh SC and backward classes consumers, and 14 lakh farmers. “For the first time, we supplied subsidised power to the industry at an annual cost of over Rs 2,000 crore,” he said, adding that a “review of the PPAs is currently underway.” 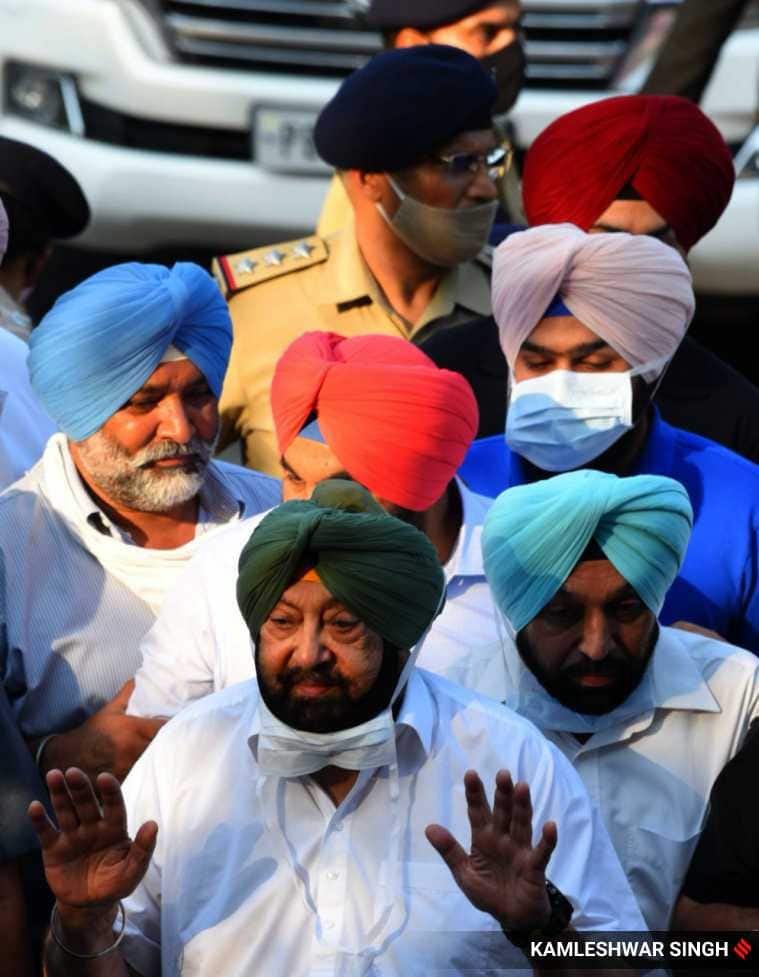 Amarinder Singh outside Punjab Raj Bhavan after resigning as the CM on Saturday.

On farmers, he wrote that his government had given debt relief of Rs 4,624 crore to 5.64 lakh farmers, and Rs 526 crore to 2.68 lakh farmworkers. “In addition, we have repealed Section 67-A of the Punjab State Cooperative Societies Act, 1961, and also amended the Civil Procedure Code, disallowing attachment of agricultural land upto 2.5 acres,” he wrote.

Referring to his promise on the drug menace, he said that a Special Task Force was set up and a three-pronged strategy — enforcement, de-addiction and prevention — resulted in 62,744 persons being arrested, 202 clinics established, 6,28,083 drug abuse prevention officers registered and 9,51,202 support groups formed.

The former Chief Minister also said that his government had facilitated jobs for 19.29 lakh people, and ensured relief for SCs and backward classes through debt waiver of Rs 50,000 each and various scholarship schemes — including 200 units of electricity free of cost to SCs, backward classes and BPL families with a coverage of about 22 lakh beneficiaries.

Listing rural infrastructure as a priority, Amarinder cited the success of the Smart Village Campaign (SVC) in which Rs 3,597 crore had been spent on development through communities and elected representatives.

He wrote that Rs 1,260 crore had been provided under the new Punjab Nirman Programme (PNP), whereby elected representatives were provided funds for local infrastructure, focusing on the poor and Dalits. On the push for infrastructure, he wrote: “We also succeeded in investing Rs 8,817 crore in building major roads and bridges.” 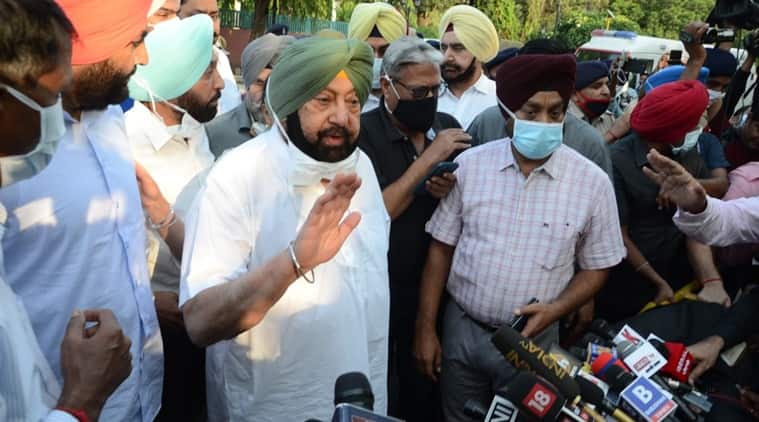 Amarinder Singh speaks to the media on Saturday (Express photo)

On education, the veteran Congress leader wrote that of 19,000 schools, 14,000 had been developed as smart schools, and work was in progress for the remaining 5,000. “We have also started 8 new universities in private and public sector, established 19 new Government Colleges, and 25 new ITIs,” he said.

On tackling the pandemic, he wrote that his government’s “persistent efforts” ensured that “due care” was provided to “deserving people free of cost”. “It gives me great satisfaction that Punjab is the only state, which has decided to provide universal health insurance cover at its own cost in keeping with our manifesto commitment. Nearly 55 lakh families are now eligible for free cashless treatment in the state,” he wrote.

Watch: Catch deemed illegal for ‘intended assist’ from outside boundary