Agenda item to be taken up on Oct 30: Chandigarh Municipal Corporation likely to splurge over Rs 75 lakh on Rose Festival

February is the month which is preferred to hold the Rose fest as, according to the officials, it is the time when there is full blooming of roses. There are 829 varieties of roses at the garden spread across 40 acres of land. 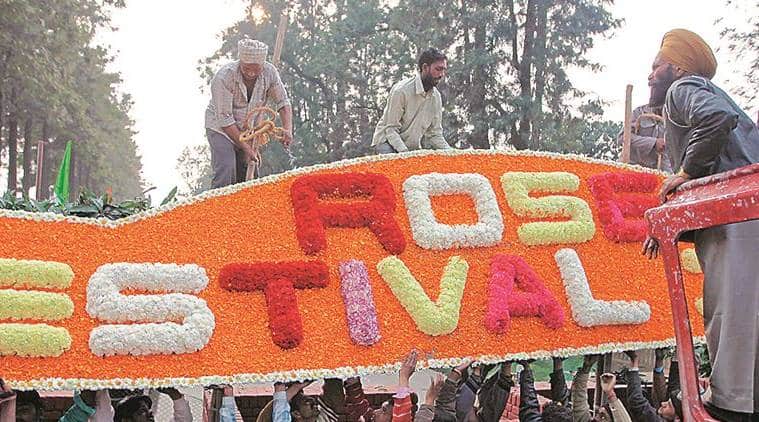 Fest will be held in February.

Cash-starved Chandigarh Municipal Corporation is likely to splurge a whopping amount of Rs 75.59 lakh on the Rose Festival. The agenda item will be placed in the general house meeting scheduled for October 30. The three-day Rose Festival which is held at the Rose Garden in Sector 16, Chandigarh, will take place in February.

As per details, just the tentage, furniture for the guests and a control room for “lost and found inquiry” will alone cost Rs 25 lakh. For getting entry forms for competitions, booklet of rules and regulations and pamphlets and brochures about the fest published, the civic body will be spending Rs 4.15 lakh on it.

In February this year, the MC had spent Rs 55 lakh on the Rose Festival. The expenditure in 2017 was Rs 49 lakh and for the coming year, it has risen up to Rs 75.59 lakh. Although similar events and competitions will be held, officials say that owing to the cost factor of certain items, the expenditure increases each year.

On prizes and mementos for chief guest and other members of the committee, the civic body has prepared an estimate of Rs 3.90 lakh. Just the barricading of the boundary walls with nylon ropes will cost Rs 80,000. Providing high tea, mineral water to guests and judges of different competitions of the fest will cost Rs 3 lakh.

Congress councillor Devinder Singh Babla said that it was a sheer wastage of money. “I feel there is some vested interest in bringing the agenda. Rose Festival is like three months away and what is the need to bring the agenda now? Is it to favour someone? Moreover, these fests should be symbolic. It amounts to splurging public money. Rs 75.59 lakh is not a small amount,” he said.

Babla added that he would not let this agenda item pass in the general house. “We will definitely oppose it. If this amount is spent on the condition of public toilets or in improving any infrastructure, then it is justified. I remember the expenditure was just Rs 8-10 lakh when the Rose fest was started,” he added.

An official of the horticulture department said that every year the cost of certain items increases. “The labour increases the cost every year. If we decorate the stage, it won’t cost us the same as it did two years ago. Moreover, these are just estimates,” he said on condition of anonymity.

February is the month which is preferred to hold the Rose fest as, according to the officials, it is the time when there is full blooming of roses. There are 829 varieties of roses at the garden spread across 40 acres of land. There are about 1,400 flower beds and nearly 40,000 plants.

If administration wanted to close centre, they should have made alternative arrangements: Kin of drug addicts