The accused, who is the president of the managing committee of the school where the lady teacher taught, was arrested from a sugarcane field in Bolangir district. 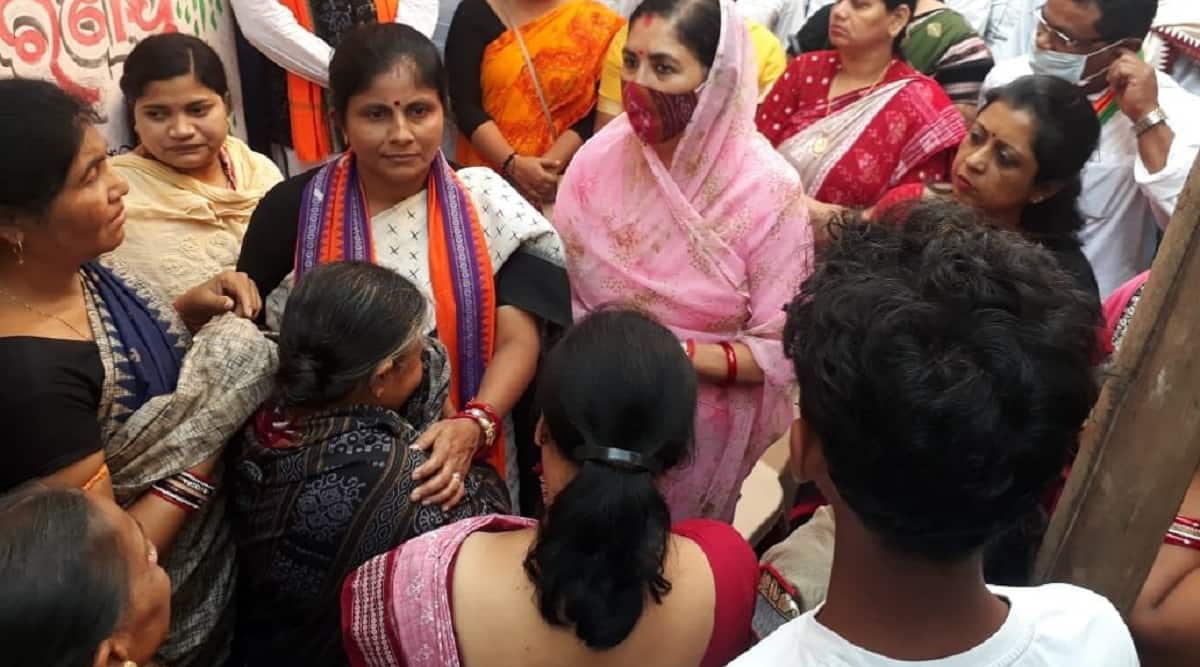 A 12-hour shutdown on Wednesday by opposition BJP over the disappearance of a lady teacher and subsequent recovery of an unidentified body buried in the playground of the school where she taught hit normal life in Odisha’s tribal Kalahandi district.

The shutdown was called to press for immediate resignation of Odisha’s Minister of State for Home D S Mishra for reportedly facilitating the escape of the prime accused, who is his close aide, from a police barrack in Titlagarh in neighbouring Bolangir district on Sunday night.

The incident has caused a furore in the state and the accused, who is the president of the managing committee of the school where the lady teacher taught, was arrested from a sugarcane field in Bolangir district on Tuesday.

The 24-year-old school teacher had gone missing on October 8 and the police exhumed a half burnt and mutilated body from 10 feet under the playground of the school at Mahaling, on Tuesday which her family claimed was hers.

Police had announced a cash reward of Rs one lakh for information leading to the arrest of the accused, who had escaped during his detention in the police barrack since October 14.

The accused had been booked under Section 366 of the IPC (kidnapping a woman to compel her to marry or to cause her defilement).

Police said the shut down affected life in entire Kalahandi district as the BJP rank and file came down to the streets and picketed in strategic locations. They were seen protesting in front of government offices, blocking roads in some places and burning tyres.

A group of BJP Mahila Morcha members even attempted to enter the residence of the minister and threw eggs at it. Police rushed to the spot immediately and a large force was deployed near the nminister’s house immediately, an official of the force said.

Life came to a halt also in Bhawanipatna, Junagarh, Jaipatna, Kesinga, Narla, M Rampur, Dharamgarh and Lanjigarh in the district.

The roads in the district were deserted and shops, business establishments and educational institutions remained closed. NH-26 which passes through the district headquarter Bhawanipatna too wore deserted look due to the shut down.

There was tension as ruling BJD workers came face to face with demonstrating BJP workers near Naktiguda. However, the BJD workers soon left the place and the picketing by BJP continued. The saffron party has called a Bolangir bandh on Thursday over the same issue.

The opposition BJP and Congress are demanding the resignation of Mishra and a CBI probe into the incident.

BJP state president Samir Mohanty had on Tuesday demanded that the minister should step down on moral grounds as the incident took place in his constituency and the prime accused was close to him because of which he could manage to escape from police custody.

Leader of the Opposition P K Naik of BJP has written to Chief Minister Naveen Patnaik demanding a CBI probe into the case and Mishra’s resignation for the sake of a neutral enquiry.

Only a CBI probe can clear the doubt in the people’s minds about alleged physical exploitation of girl students of the school and college run by the accused in Kalahandi district, he said in the letter.

The ruling BJD has criticised the opposition parties for politicising a sensitive criminal case and said the law will take its own course.