So far, the signs have been confusing. While scans done on Asha before she was flown to India revealed signs of embryos, a subsequent blood test, also done before her transfer, turned out to be negative for pregnancy, said an official from the Madhya Pradesh forest department. 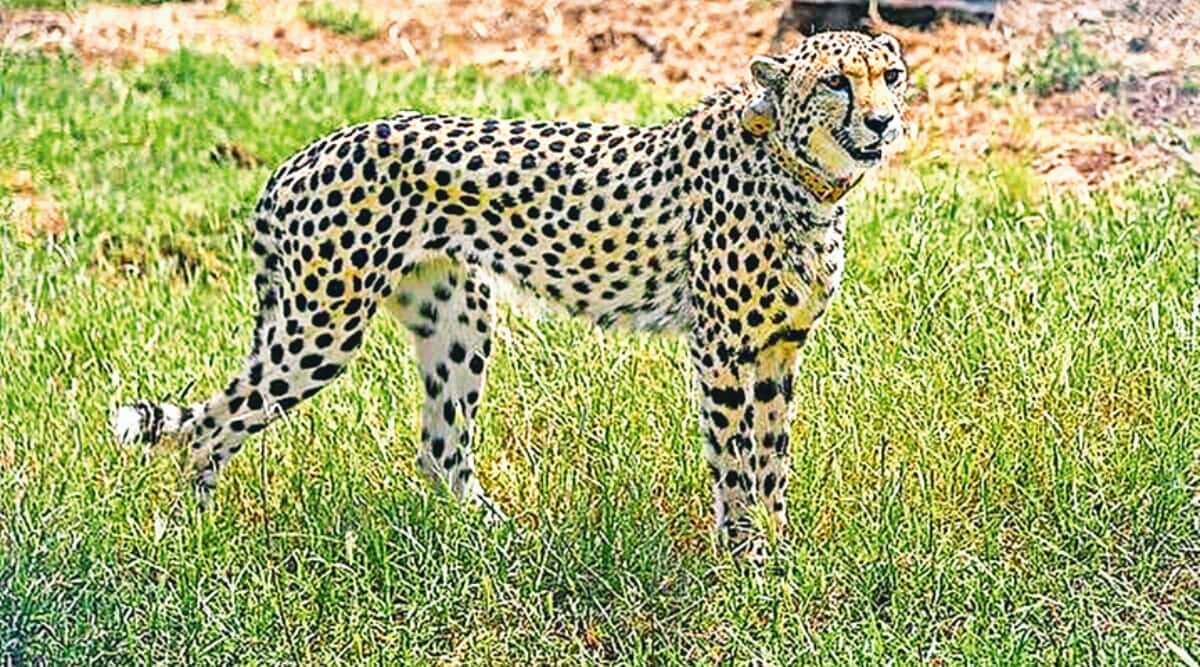 One of the eight cheetahs brought to Kuno from Namibia

Is she, isn’t she? As forest officials at the Kuno-Palpur National Park prepare to move the cheetahs out of their quarantine bomas into a larger enclosure, the big guessing game is over the pregnancy status of Asha, one of the eight big cats that were flown in from Namibia on September 17.

So while the other seven cheetahs will be shifted to the larger enclosure starting November 5, Asha, so named by Prime Minister Narendra Modi when he released the cheetahs, will remain in her quarantine boma until at least November 15, by when forest officials are hoping to see physical signs of Asha’s pregnancy, if at all.

Must Read |Translocation of cheetahs: How to Befriend a Bilai Nahar

So far, the signs have been confusing. While scans done on Asha before she was flown to India revealed signs of embryos, a subsequent blood test, also done before her transfer, turned out to be negative for pregnancy, said an official from the Madhya Pradesh forest department.

Once she arrived in India, a sample of her faeces was sent to Jabalpur for testing of parasites, but since the lab didn’t have the facility to test for progesterone levels, Asha’s pregnancy status remained unclear.

Posters announcing the arrival of the cheetahs in Kuno (Credit: Shahroz Khan Afridi)

While there are other methods of ascertaining a pregnancy, which include blood or urine tests, forest officials have decided not to go in for any invasive method, fearing it could cause stress.

For now, park officialshave decided to simply wait and watch for physical signs of pregnancy.

Explained |Cheetahs and others: know the 7 big cats

According to forest officials, if Asha is pregnant, it is only by November 10 that there will be visible physiological changes — the gestation period in cheetahs is 93 days. According to experts, being compulsive hunters with a lean, aerodynamic body frame, the physiological changes aren’t usually visible in pregnant cheetahs until about three days before childbirth. It’s then that the signs develop — a slight bulge in the lower part of the abdomen, along with swollen nipples — which, experts say, only a keen observer of these animals will be able to read.

Advertisement
Also read |How cheetahs went extinct in India, and how they are being brought back

Speaking to The Indian Express, Dr Y V Jhala, Dean of Wildlife Institute of India (WII), said while Asha’s pregnancy status was unclear even before she was flown down, it was decided it would be prudent to “wait and watch”.

He spoke about another cheetah that was to have been part of the group that made the journey to India. This cheetah, brought from Namibia’s Erindi Game Reserve and kept in the quarantine boma of the Cheetah Conservation Fund (CCF), delivered cubs days before the others were flown to India. 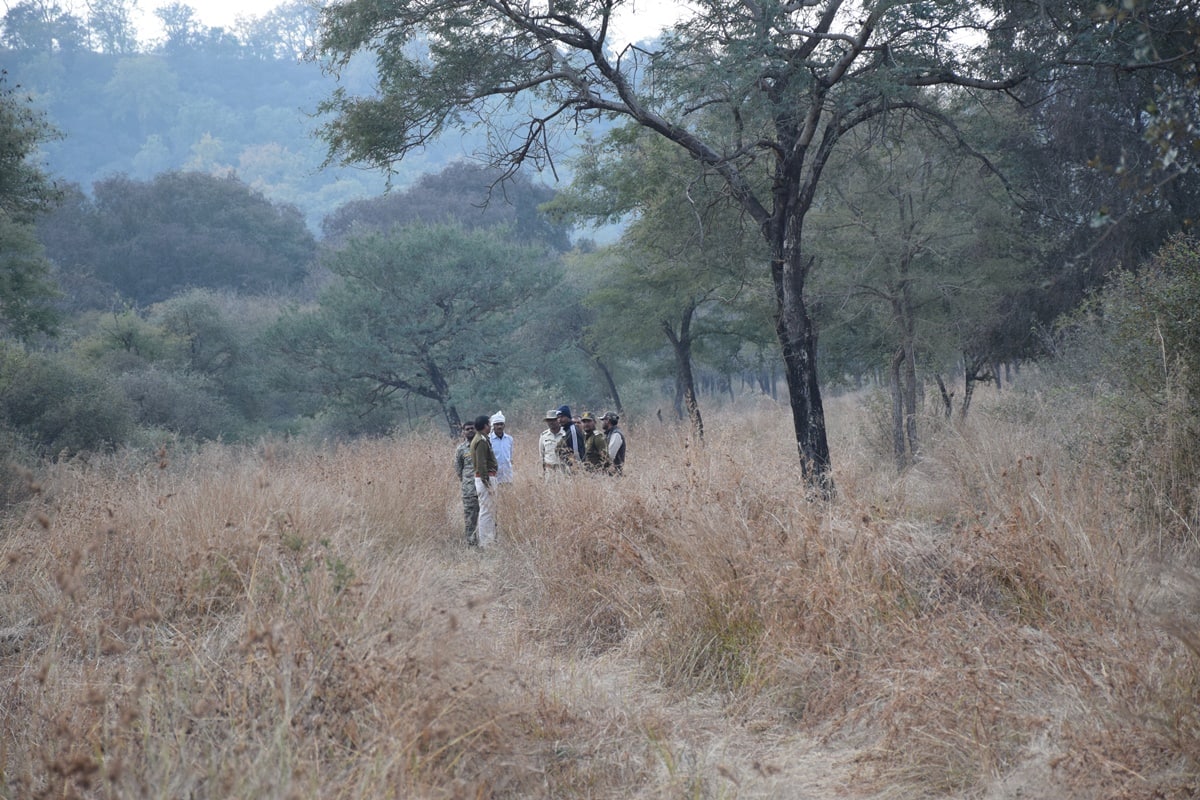 “Despite being under observation at CCF under the care of experts, in the case of this cheetah, it was difficult to ascertain the pregnancy until the last minute. Hence, with Asha, it was decided to wait and see,” said Jhala.

In case Asha is pregnant and does deliver,  officials are deliberating if it will be safer for her to be kept in the smaller quarantine bomas, where her cubs can be taken care of.  But there’s another view that a small enclosure will put the cheetah and her cubs under stress, so she should be allowed to deliver in the large enclosure.

Also Read | |The Cheetahs are coming

“It is unsure if Asha is pregnant, but we have to be prepared for all eventualities. There are discussions being held on what would be the best approach,” said a senior official of the forest department.

On Friday, officials at the Kuno-Palpur National Park will hold another round of meeting with members of the Cheetah Task Force of the National Tiger Conservation Authority (NTCA) to review the preparation for transportation of the cheetahs.