Benefits only for those who worship PM: Rahul Gandhi

With vermillion smeared on his forehead, Gandhi peppered his speech with references about Hindu Gods and Bhagawad Gita at a well-attended rally as part of his Bharat Jodo Yatra in this temple town. 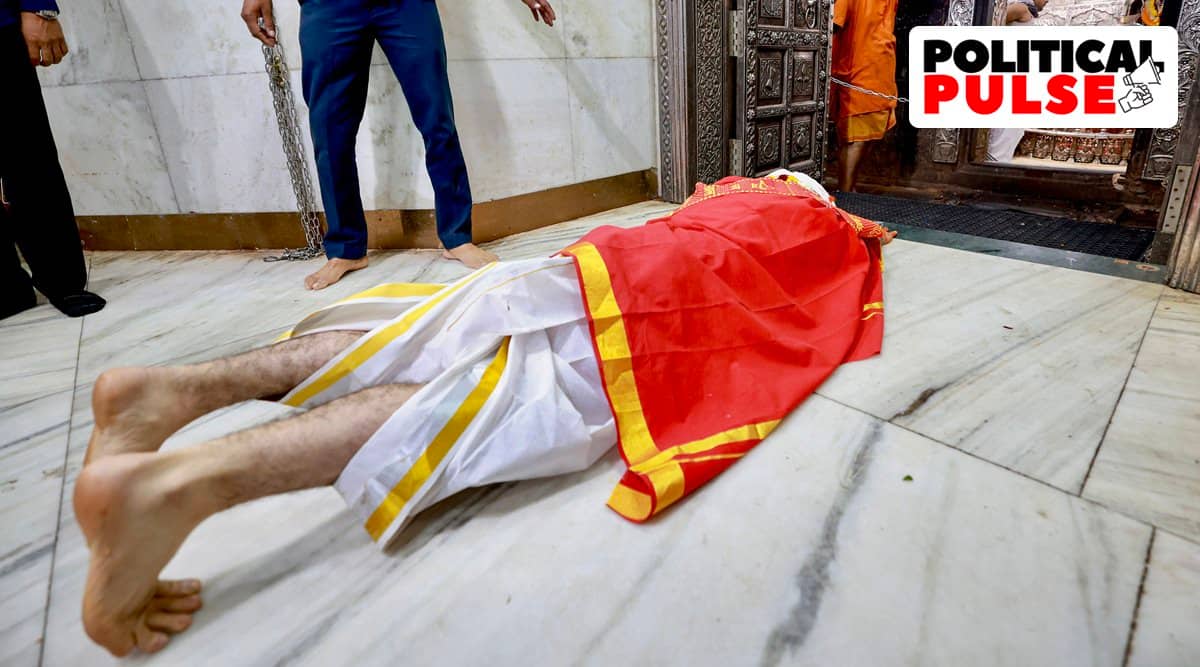 After offering prayers at the Mahakaleshwar Temple in Ujjain, senior Congress leader Rahul Gandhi at a rally on Tuesday invoked Hindu religion to attack the BJP government saying that it disrespects those who toil hard such as workers, farmers and small businessmen — the real ‘tapasvis’ akin to Hindu gods Shiva, Rama and Krishna.

With vermillion smeared on his forehead, Gandhi peppered his speech with references about Hindu Gods and Bhagawad Gita at a well-attended rally as part of his Bharat Jodo Yatra in this temple town.

Also Read |Rahul on Rahul: ‘I let go of Rahul Gandhi years ago … He is in your mind, not mine’

He said Hinduism teaches to worship ‘tapasvis’. Rahul said the government instead of honouring the ‘tapasvis’ is giving everything to those who do ‘puja’ of Prime Minister Narendra Modi.

Just a few days ago, he had offered prayers at the Omkareshwar temple. There are 12 Jyotirlinga sites in India, considered a manifestation of Shiva. Mahakal and Omkareshwar are among the 12. His visits to the two revered temples besides paying homage to B R Ambedkar at his birthplace in Mhow, and tribal icon and freedom fighter Tantya Bhil at his birthplace in Khandwa are aimed at sending political messages.

Rahul said he has not done any ‘tapasya’ by walking across the country. “I will tell you who all are doing real ‘tapasya’ in India…the workers…farmers, carpenters, barbers, gardeners, electricians, small shopkeepers, labourers…they do ‘tapasya’…day in day out…their entire life. The Hindu religion teaches us to worship ‘tapasvis’…so why are they not worshipped… the government does not give them anything… it gives everything to those who do ‘puja’ of Narendra Modi,” he said.

“Those who worship Modi… they get everything they want… railways, ports, airports…roads, power, water…everything. A handful of individuals worship the PM and the country’s entire wealth is given to them,” he said.