Bangalore news June 4 highlights: Get the latest updates on Bangalore traffic, Bangalore weather, the events in Bangalore today and much more in our daily live blog.

Bengaluru News Highlights: Passengers and visitors to the Bengaluru International Airport can walk away with a plant from June 5. As per the initiative taken as part of observing World Environment day, as many as 10,000 plants will be given away, according to airport officials.

“All passengers and visitors to the BLR Airport can sign-up by registering on https://bengaluruairport.co/Adopt-A-Plant/ or refer to BLR Airport’s social media platforms @BLRAirport or provide details onsite to collect their plant at The Quad by BLR. A variety of different plants will be available, including Rhoeo (Oyster plant), Tradescantia Pallida Purpurea (Purple heart), Tradescantia Zebrina (Inch plant), Zephyranthes Candida (White lilly) and Zephyranthes Rosea (Pink Lilly),” read a statement released by BIAL on Monday.

Meanwhile, Bengaluru mayor Gangambike Mallikarjun inspected the progress in TenderSURE work around the Majestic area on Monday, following citizen complaints that the work was moving at a slow pace. The inspection that began from Cottonpet Main Road then moved on to Dhanavanthri Road and other areas where the mayor warned the officials of taking action if dumping waster on vacant land continued in the plots nearby. After the bomb scare at the Sangolli Rayanna railway station (Majestic/Bangalore city railway station) in Bengaluru on May 31 days after the police said that the object looking like a hand grenade belongs to the Indian Army and was a simulator. The Indian Army in a media statement said, "It emerged that it pertains to a consignment booked in parcel on Military Convoy Note with the Railways from Bengaluru to Jhansi on 10 May 2019. The consignment was to be delivered at Jhansi but has failed to be delivered till date.  The consignee unit at Jhansi has been in contact with the Railway authorities at that station and had been told that the parcels are not traceable." Peak hour traffic is getting heavier on several roads in Bengaluru 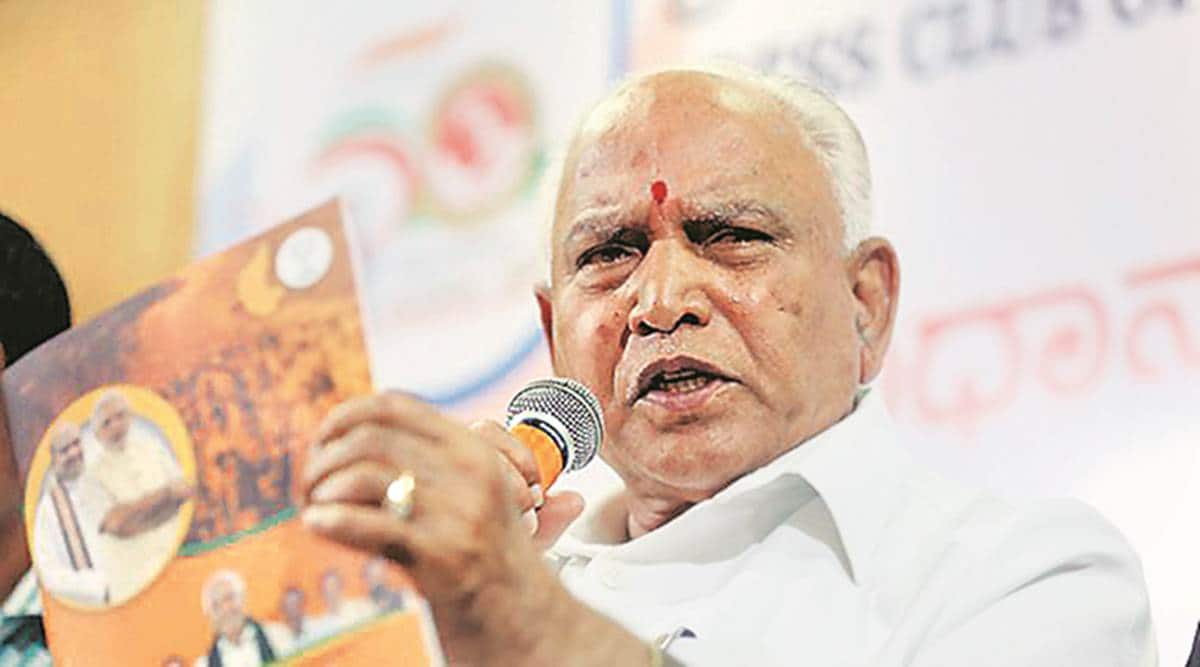 Senior Congress leader Ramalinga Reddy fumes at party leadership saying that seniors like him were denied ministerial berths and he had never indulged in lobbying for cabinets berths.

Chief Minister H D Kumaraswamy has convened a meeting of his party legislators today to discuss expansion of his Cabinet, which is likely to be done this weekend. 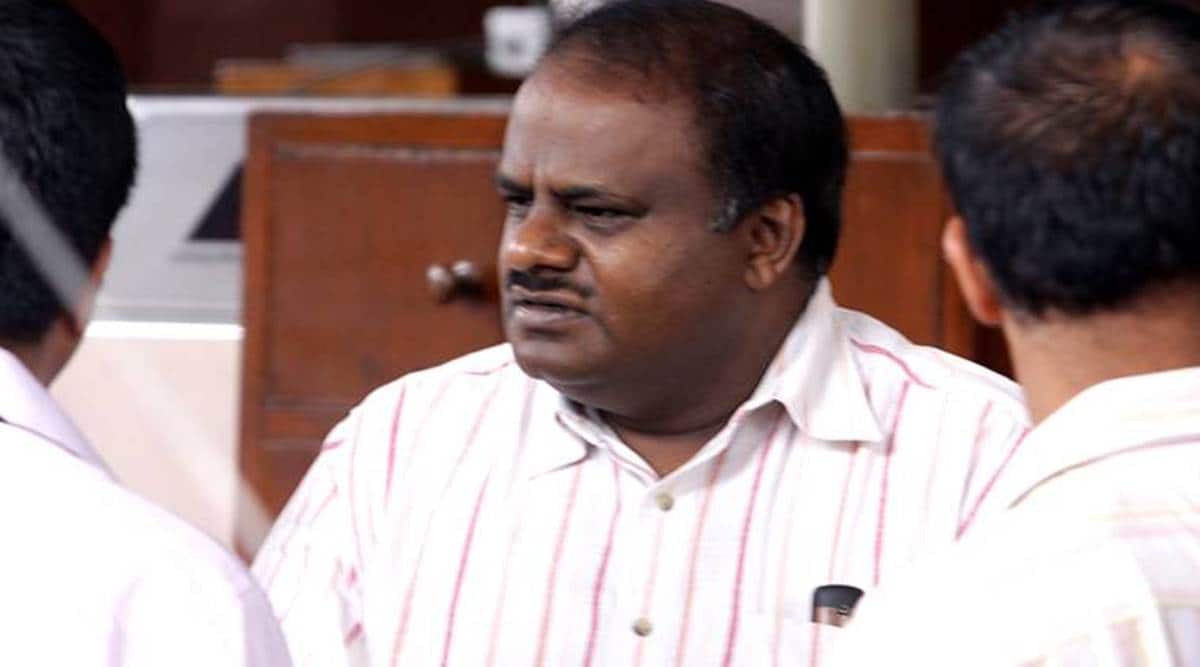 A father hanged his 12-year-old son from the ceiling fan and the whole incident was captured on a phone camera by his 17-year-old daughter. The video has gone viral in Bengaluru.

Karnataka Deputy Chief Minister G. Parameshwara, commemorating the birth anniversary of former Mysore ruler Krishnaraja Wodeyar wrote on Twitter, "Lord Sankey declared Mysore under him the best-ruled state in the world. Mahatma Gandhi called him a saintly king ruling over a ramarajya. A visionary who built Bengaluru & Mysuru for a hundred years to come, remembering the great Nalwadi Krishnaraja Wodeyar on his jayanti!"

Lord Sankey declared Mysore under him the best-ruled state in the world. Mahatma Gandhi called him a saintly king ruling over a ramarajya.
A visionary who built Bengaluru & Mysuru for a hundred years to come, remembering the great Nalwadi Krishnaraja Wodeyar on his jayanti! pic.twitter.com/dHdiUIOjVw

Continuing the verbal spat with Karnataka coalition committee head and senior Congress leader Siddaramaiah, H. Vishwanath who resigned from the post today said,  "The(Congress-JDS)coalition coordination committee headed by Siddaramaiah, ironically, does not include the state presidents of both parties."  On being asked whether he expects a ministerial berth now, Vishwanath said that he was never "begging yo become a minister." He adds, "If the govt. wants me to work in their cabinet, then I will definitely take up that task." Traffic restrictions will be in place at Nagavara main Road, Tannery Road and Millers Road (Idgah Grounds) from 6 am to 12 pm tomorrow (June 5), in the light of Eid prayers. Bengaluru traffic cops to get masks Janata Dal (Secular)'s Karnataka President H. Vishwanath has resigned from being the state chief of the party. He was reportedly unhappy in not being consulted on deciding candidates for the urban local body poll. He had said on Monday that his inputs were not sought for finalising the candidate list for the ULB polls.

An unfinished monolith statue of Vishwaroopam has reached Ejipura after a long journey. For seven months now, a colossal slab of granite, weighing 420 tonnes, quarried from a hill in Korakottai village in Tiruvannamalai district, Tamil Nadu, has been travelling on a vehicle with 240 wheels, as it makes its way to a temple in Bengaluru’s Ejipura. It is no ordinary stone, but an unfinished monolith statue (64 feet high, 25 feet wide) of Vishwaroopam, a figure believed to represent the 10 avatars of god in Hinduism. 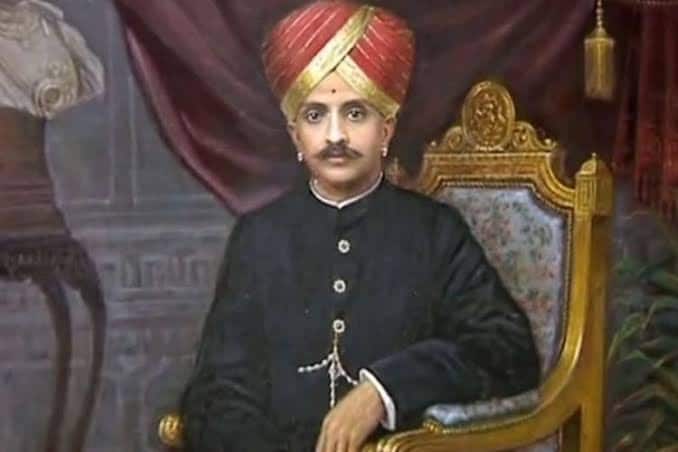 Bangalore LIVE air quality check
Average air quality in Bengaluru is 'moderate'. At 9.15 am, PM 2.5 (Fine Particulate matter) is at an 'unhealthy' level if you are near Brigade Road or Mathikere. The same is at 'moderate' levels near Doddanekundi. Trains likely to be shifted to Baiyappanahalli; punctuality and decongestion considered

In a bid to decongest Bengaluru city and to improve punctuality of trains, the South Western Railway (SWR) Zone has proposed to shift 32 pairs of trains operating from five different stations within the Bengaluru Railway Division to Baiyappanahalli railway station. According to a letter from the department as part of the proposal, shifting of these trains would improve punctuality of services at Yeshwantpur and KSR Bengaluru City stations and would also help decongest traffic at these stations. Cases of electrocution continue in Bengaluru as an eight-year-old student suffered from electric shock while he was at school in Konanakunte. Akshay M, a student at St Francis Convent School on Jyothi Bavana Road, Jambusavari Dinne, sustained injuries from an electric shock from the iron railings of a 'live' staircase. A live electric wire had fallen on to the iron railings from which electricity was passed on to the railings.

It can be recalled that as many as three people died in Bengaluru due to electrocution from high tension wires in the last 15 days.

Meanwhile, Bengaluru's iconic Visvesvaraya College of Engineering (UVCE), also the lone engineering college under the aegis of Bangalore University (BU), has been part of a tussle in terms of ownership and administration since the trifurcation of the varsity in 2018. The battle for UVCE's ownership has now become a triangular contest with Visvesvaraya Technological University (VTU), the state varsity that holds the authority over engineering education in Karnataka, coming into the picture. Bangalore University (BU) and Bengaluru Central University (BCU) had been in a tussle over the same since BU's trifurcation in 2018.

Read: Bangalore’s iconic Visvesvaraya College of Engineering has many suitors

The Bangalore Electric Supply Company (BESCOM) might be working on a warfoot basis to solve power-related issues and harm caused by the rains but the number of deaths due to electrocution is on a constant rise. As many as three lives were taken by the same in the last 15 days. The latest on the list of unfortunate deaths is that of a youngster in the city who succumbed to burn injuries on May 31.

Read: Bangalore’s ‘electric shock’ death toll rises by the day, even as BESCOM talks of awareness

The Kannur International Airport authorities in Mattanur, Kerala has written to Karnataka State Road Transport Corporation(KSRTC) to provide its ‘Flybus’ services to the Kannur Airport from Mysuru, Kodagu districts in Karnataka.