Bangalore News May 22 Highlights: Get the latest updates on Bangalore traffic, Bangalore weather, the events in Bangalore today and much more in our daily live blog

Bengaluru City Police Commissioner has issued notices warning party leaders and workers against holding rallies and bursting firecrackers after the announcement of LokSabha poll results on May 23. Express File Photo

Demanding intervention from the union government and seeking a response from the Prime Minister’s office, citizen activists have started an online petition from Bengaluru. “#SuburbanRail can take a minimum of 10 lakh rides per day off the roads & quickly. Imagine the impact in traffic. It’s the single largest hope to solve traffic woes,” reads the petition titled ‘PMO, shame on punishing Bangalore by derailing critical suburban rail project.’

Meanwhile, BESCOM has decided to begin special awareness programmes in schools to ensure children’s safety from live wires and other related dangers. “Apart from reaching out to school students, we will also raise awareness among parents and other adults. While customer interaction meetings at residential localities will be held more frequently, special classes for children including how to be alert in case of coming across junction boxes, electric poles or other wires will also be held,” an official told indianexpress.com.

At the same time, Bangalore features third on the list of top 10 fastest-growing cities by GDP between 2019 and 2035 in the world. Interestingly, all ten from the list according to research institute Oxford Economics are from India. According to the report, India’s Silicon Valley grows rapidly because of its booming tech and start-up scene – will grow 8.5% year on year by 2035.

A recent study has revealed that Bangalore orders food online the most among Indian cities. A study by the National Restaurant Association of India indicates that an average Bangalorean orders food worth Rs 3,536 online per month. The survey also found that many prefer experimenting with fusion food rather than picking from regular cuisines.

Bangalore Central candidate Rizwan Arshad has written a letter to Congress General Secretary alleging  Shivajinagar MLA Roshan Baig of "vehemently" working against him and the party. "Mr. Roshan Baig's affinity towards the BJP is not new," reads the letter. Karnataka Chief Minister H.D. Kumaraswamy spoke to Deputy Commissioner, Tumakuru and obtained details about the incident in which a boy died and several persons got ill due to having food cooked in allegedly contaminated water in Nidagal Village in Pavagada taluk.
He directed the DC to get spot inspection done by DHO and get a report from him. One boy died and over 20 were hospitalised after consuming temple ‘prasada’  at Veerabhadraswamy temple in Pavagada in Tumakuru district on Tuesday, in a suspected case of food poisoning. Chief Minister HD Kumaraswamy sought a report from Tumakuru DC about the incident.

With under a few hours to go for the Lok Sabha elections results, Karnataka IGP D. Roopa takes a dig at critics voicing against alleged EVM tampering issues.  "If someone thinks-EVMs came to ROs/DEOs, nominations happened, serial numbers of candidates given, then EVMs sent back to hackers fr programming as per serial number of candidates, brought back again for polls, then sent for reprogramming before results. This doesn't happen," the IPS officer tweeted. 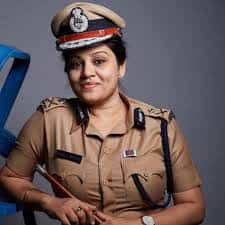 Following multiple complaints raised by citizen activists, the Joint Director of Land Record (JDLR) conducted a joint survey with BBMP, KSPCB and BWSSB officials at Kaggadasapura lake on Wednesday. Citizen activists from United Bengaluru, who had raised a complaint to Lokayukta alleging encroachment and pollution of lakes in Bengaluru, were also present for the survey.

Joint Director of Land Record (JDLR) conducts a joint survey with BBMP, KSPCB and BWSSB officials at Kaggadasapura lake with citizen activists. @unitedbengaluru had raised a complaint to Lokayukta alleging encroachment and pollution of lakes in Bengaluru. https://t.co/srph9g5I4P pic.twitter.com/Tlb3CqhrGQ

Bangalore North second on list of most transgender voter turnout

Even though Bengaluru disappointed with less voter turnout out this time for the Lok Sabha elections, Bangalore North constituency has hit headlines - thanks to the transgender community in the area. As many as 105 transgenders exercised their right to vote in the 'other' segment to make the constituency second in the list of constituencies with most transgender voter turnout.

Admissions open at Karnataka State Open University for the academic year 2019-20. Courses offered include UG and PG Diploma programmes. Application and prospectus are available at http://www.ksoumysore.karnataka.gov.in. The last date to apply without fine is July 25.

Karnataka Chief Minister H D Kumaraswamy threatens legislation against media satire. His peevishness would be comical if it wasn’t disturbing. HDK has joined the teeming ranks of politicians who seek curbs against unfavourable portrayal in the media. It is a large community agnostic to allegiance and inclination and includes members from all walks of politics. 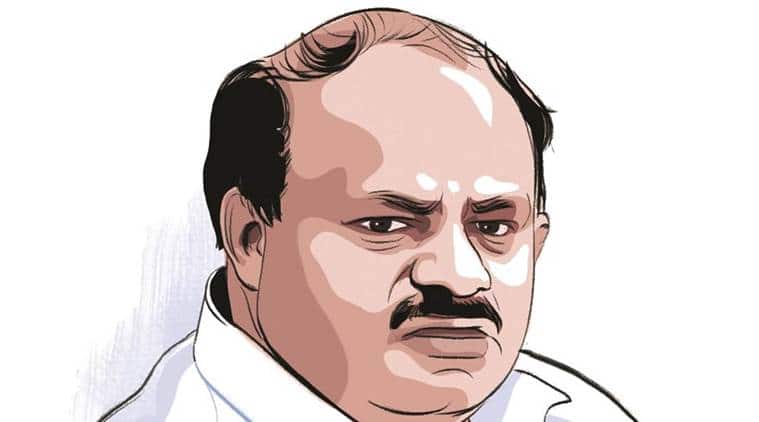 Air purifiers on elevated corridor: "Trees to be replaced with artificial devices?"

Commenting on the state governments move, reportedly, to instal air purifiers on the proposed Elevated Corridor project, urban expert Harish Bijoor tweeted,  "The Karnataka govt. proposes AirPurifiers on the proposed #BengaluruElevatedCorridorProject! So we replace our most-natural #AirPurifiers, our precious trees, with artificial interventionist devices! What have we come to? #Bengaluru #India #Trees #AirPollution"

iTWEET:Ayyo!! The Karnataka govt. proposes AirPurifiers on the proposed #BengaluruElevatedCorridorProject! So we replace our most-natural #AirPurifiers, our precious trees, with artificial interventionist devices! What have we come to? #Bengaluru #India #Trees #AirPollution

At 11 am, mercury levels are at 31-degree Celsius in Bangalore. 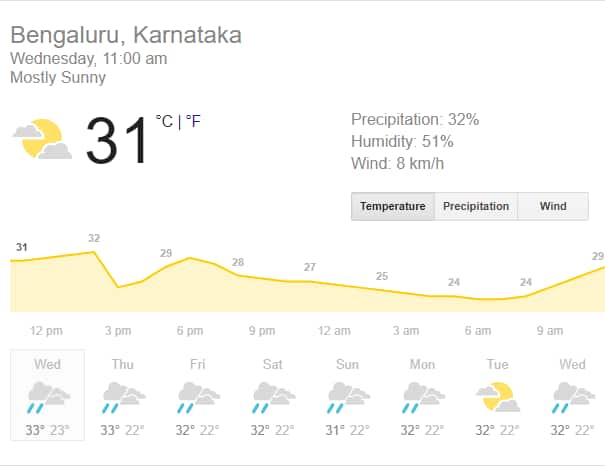 Innovation Program for students and entrepreneurs by IISc

The Society for Innovation & Development at IISc is pleased to be associated with Boeing's BUILD Innovation Program for students and entrepreneurs. Applications are open till 17th June. Please apply at https://t.co/o7EImppbid

Average air quality in Bengaluru is 'moderate'. At 10 am, PM 2.5 (Fine Particulate matter) is at an 'unhealthy' level if you are near Hebbal or BTM Layout. The same is at 'moderate' levels near City Railway Station and Jayanagar.

HS Doreswamy warns hunger strike over the encroachment of lakes

Freedom fighter and activist HS Doreswamy after visiting few lakes in Bengaluru threatened to launch an indefinite hunger strike over the encroachment of lakes in the city. 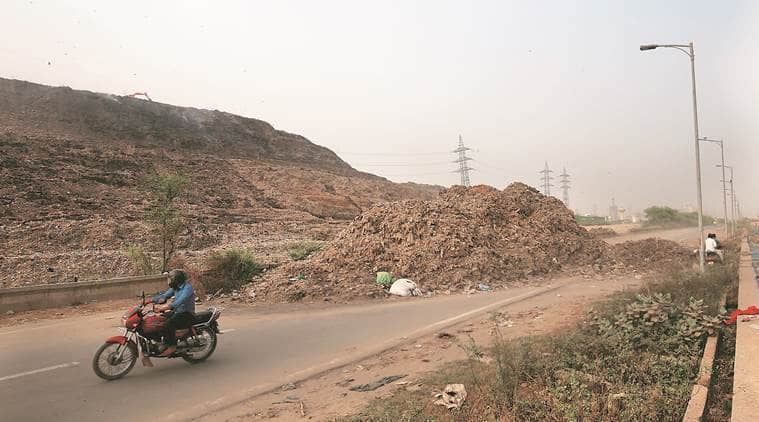 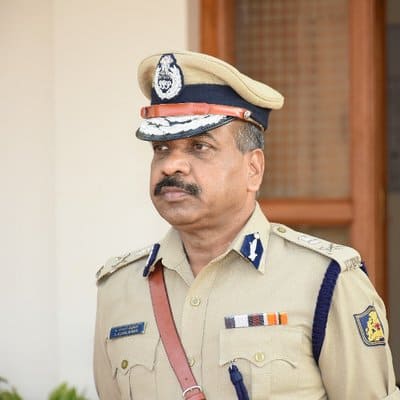 Ahead of monsoon, Bangalore's local civic body Bruhat Bengaluru Mahanagara Palike (BBMP) has cleared 250 kms of the stormwater drains in the city. Desilting process is completed at Mahadevapura, Bengaluru South, Bengaluru West, Yelahanka and a few surrounding areas, according to BBMP drain engineers. This is done to avoid waterlogging and flooding during the rainy season. 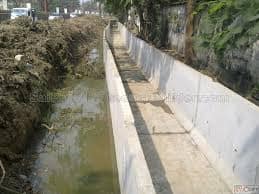 The Directorate of Pre-University Education (DPUE) has revised the seat matrix for admission PU colleges for the year 2019-20. According to their latest notification released on Tuesday, the board has withdrawn the 50% seat reservation for girl students. Appreciating the same, former chief secretary to the Government of Karnataka Ratnaprabha tweeted, "Isnt it interesting & exciting to see girl students have got more marks than boys & Karnataka govt has withdrawn the GO reserving 50% seats to girl students as now this GO is restrictive. Its a social change worth appreciating & noting."

Isnt it interesting & exciting to see girl students have got more marks than boys & Karnataka govt has withdrawn the GO reserving 50% seats to girl students as now this GO is restrictive. Its a social change worth appreciating & noting.

Meanwhile, Bangalore-based footballer Brishti Bagchi is most likely to become the first Indian woman to play in the Spanish League. The 25-year-old is one step closer towards making her dreams come true after being picked to play for the reserve team for Madrid Club de Futbol Femenino (CFF), a team that competes in the Spanish La Liga Division-1 league.

At the same time, Baiyappanahalli railway station will soon transform into an iconic location of Bangalore as the Indian Railway Stations Development Corporation (IRSDC) decides to give it a major facelift. With its proximity to Namma Metro’s Baiyappanahalli station and several bus stops and the outer ring-road, the project is expected to be developed into an inter-modal transit hub, aimed to decongest traffic in the city.

Read more: Baiyappanahalli railway station to be developed on par with international airports

The ambitious 95-km Bangalore elevated corridor project of Karnataka government to reduce the traffic snarls in Bengaluru is under controversy after the citizen activists and Bengaluru residents are opposing the project worth Rs 28,000-crore which has not undergone public consultation by the government.

Here are a few contacts that might come handy for you in emergency situations: BBMP Control room: 080-22221188 In case of power disruptions, contact BESCOM: 1912. If the water supply is hit at your area, contact BWSSB: 1916