Bangalore 20 May News Highlights: Bengaluru Police notify ‘dry day’ on May 23; 40k manholes in city cleaned ahead of monsoon

Bangalore News Highlights: Get the latest updates on Bangalore traffic, Bangalore weather, the events in Bangalore today and much more in our daily live blog

Bengaluru City Police has prohibited the sale of liquor from May 23 for a day in the light of Lok Sabha elections counting day. REUTERS/Kham/File Photo

Bangalore News Highlights: Bangalore will host the most number of government schools in Karnataka which offers English medium education. A government order released during the weekend indicates that as many as 120 out of the 956 schools that will offer the same from the upcoming academic year are located in Bengaluru Urban education district under which the city’s major areas are included.

Meanwhile, the Karnataka state government is planning to make rainwater harvesting compulsory for commercial establishments set up in rural areas. The move comes as part of the Jalamruta campaign run by the government in a bid to increase water literacy.

According to RDPR minister Krishna Byre Gowda, a circular will be released soon making rainwater harvesting compulsory for commercial establishments in rural areas. The same is mandatory for their urban counterparts now.

At the same time, the weatherman has predicted a partly cloudy sky in most parts of the city. Temperature is expected to range between 23 and 35-degree Celsius respectively.

Patliputra – Yesvantpur Express (22351) starting journey from
Patliputra on June 7 and 14, and Yesvantpur – Patliputra Express (22352) starting from Yesvantpur on June 10 and 17 have been cancelled due to non-interlocking work till June 19 at Danapur station. @IndianExpress pic.twitter.com/8qtr0S8viZ

In a bid to ensure Bangalore is kept away from waterlogging, the BWSSB is working on priority to clean as many as 40,000 manholes in the city. The civic agency estimates that as many as 2.4 lakh manholes are there in Bangalore in total. An 18-month-plan has been chalked out by BWSSB officials to complete the plan effectively.

Dry day: No alcohol in Bangalore on counting day

In the light of the counting day of the recently held Lok Sabha elections, no alcohol will be served in hotels, pubs, restaurants, shops, eateries and such in Bangalore from 6 am on May 23 to the same time on May 24.   Bengaluru City police have also notified that prohibitory orders under section 144 near counting centres will be in effect.

#LokSabhaElections2019 Counting day: No alcohol will be served in any of the restaurants, pubs or hotels across Bengaluru from 6 am on May 23 to 6 am on May 24, @BlrCityPolice notifies. #IEAlertsBangalore | @IndianExpress | @IEBengaluru | @IExpressSouth pic.twitter.com/VuivHH1dx2

Do we look like cartoons to you; miffed Karnataka CM Kumaraswamy asks media

Karnataka Chief Minister H D Kumaraswamy Sunday slammed news channels over “belittling” of politicians on their satire programmes, saying he felt there was a need to bring in a law to regulate them. “What do you think of politicians? You think that we are so easily available to be mocked? Who has given you powers to present everything sarcastically,” Kumaraswamy asked the channels. After several citizens expressing displeasure on rash driving of BMTC buses in the city, especially around Peenya areas, the BMTC has initiatied action. Replying to one of the complaints rasied on Twitter, BMTC says, "complaint registered with Docket No. BMTCC10230522. Based on your repeated complaint action will be taken against erring crew and also sarathy road patrol squad will be deputed to initiate action against the erring crew for their traffic violation.

complaint registered with Docket No. BMTCC10230522. Based on your repeated complaint action will be taken against erring crew and also sarathy road patrol squad will be deputed to initiate action against the erring crew for their traffic violation.

At 11 am, mercury levels are at 30-degree Celsius in Bangalore. While 51% humidity is recorded, wind speed in the city is 16 km/h, according to the weatherman. 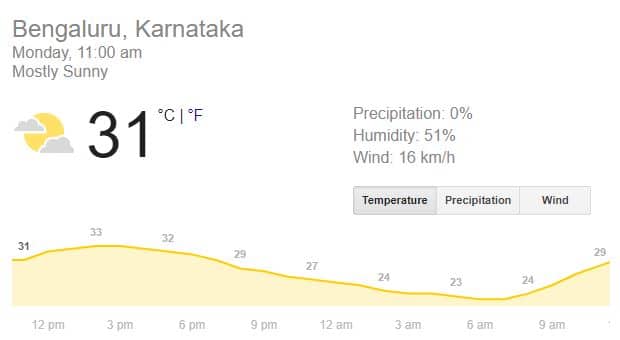 Bangalore: Only 9,000 e-vehicles on road as 1,750 new vehicles add daily to the ever-growing fleet

Karnataka is one of the first states in India to realise the potential of using electric vehicles. However, this has not translated well into the registration of new electric vehicles, even in Bangalore. According to recent data from the transport department,  only 9,000 e-vehicles run in Bengaluru out of which only over 900 e-vehicles were registered during 2018-19. FIR names none for chemical blast near MLA’s house

A man was killed in a blast outside Karnataka Congress MLA Munirathna Naidu’s residence in Vyalikaval in Bangalore on Sunday. The FIR that has been filed at the Vyalikaval police does not include anyone's name. When asked about this, the police official said, “We haven’t received any complaint from the deceased’s family on this. A suo motu case has been registered under the Explosives Act.” 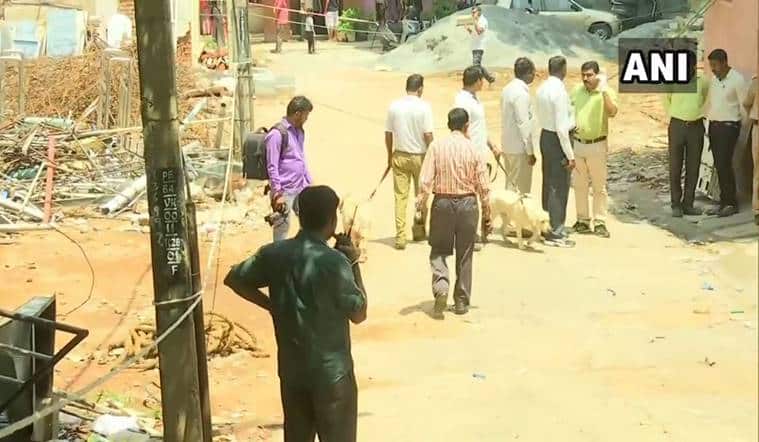 Average air quality in Bengaluru is 'moderate'. Around 10 am, PM 2.5 (Fine Particulate matter) is at an 'unhealthy' level if you are near Hebbal or Peenya. The same is at 'moderate' levels near Jayanagar and Hombegowda Nagar.

Several citizens have taken it to social media to post pictures and videos of buses run by Bangalore Metropolitan Transport Corporation flouting traffic rules and driving rash in the city.

I posted my message as per this photo.. pic.twitter.com/TiGiNYsuZ2

Bruhat Bengaluru Mahanagara Palike, the local civic body has decided to come up with a smartphone application which includes face recognition feature for stray dogs. Named 'Shvana', this is expected to monitor the number of stray dogs sterilised in the city. The move is led by officials of the Animal Husbandry Cell of the BBMP. 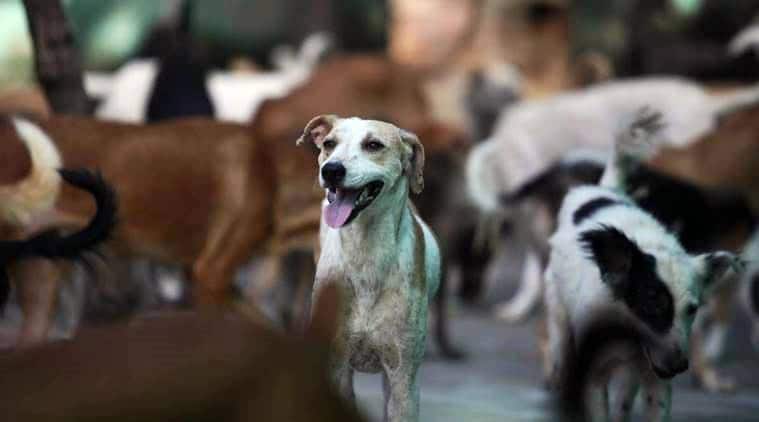 Cops open fire at two chain-snatchers in Soladevanahalli, when the accused tried to attack them to evade arrest. The chain snatchers now have bullet injuries on legs. The accused were involved in several chain snatching incidents. 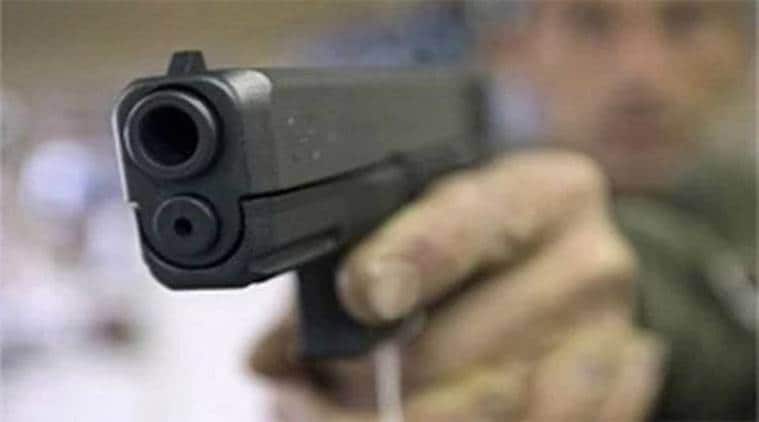 Meanwhile, the incident that killed one outside Congress MLA Munirathna Naidu’s residence in Vyalikaval in Bangalore has been found out to be because of a chemical blast. Venkatesh, a 42-year-old washerman, had passed away at the spot on Sunday morning following a blast. “After the preliminary investigation, it has been found that the blast took place from a room where chemicals were stored," the police said.

At the same time, Baiyappanahalli railway station will soon transform into an iconic location of Bangalore as the Indian Railway Stations Development Corporation (IRSDC) decides to give it a major facelift. With its proximity to Namma Metro’s Baiyappanahalli station and several bus stops and the outer ring-road, the project is expected to be developed into an inter-modal transit hub, aimed to decongest traffic in the city.

Read more: Baiyappanahalli railway station to be developed on par with international airports