Travelling outside Bangalore and re-entering the city after a trip outside city limits will get more expensive from July 1, as toll fares at Electronic City and Attibele has been revised. While the hike ranges from Rs 5 to Rs 10 for daily one-side trips, monthly pass charges have been hiked by a minimum of Rs 20.

At the same time, the BMRCL has lodged a police complaint after officials discovered that around 490 metres of copper wire and conductors weighing 1,225 kg went missing. These were installed along the tracks between Baiyappanahalli and Swami Vivekananda Road metro stations on the Purple line. It is estimated that the ‘lost’ material is worth Rs 5 lakh.

In an incident that mimics Danny Boyle’s movie 127 Hours, a man who escaped from an alcohol de-addiction and rehabilitation centre was stuck between two boulders for four hours in Hampi, Hoskote in Karnataka.

READ: 127 Hours rerun? Man gets trapped between boulders in Hampi, rescued after 4 hours

Rainfall Forecast for next 24 hours in Karnataka

Travelling to Kerala from Bangalore has become an uphill task for thousands of commuters as private interstate bus operators are on an indefinite strike from Monday.

Relief for Karnataka as Cauvery water management authority asks state to release water to Tamil Nadu only if inflow into dams increases. 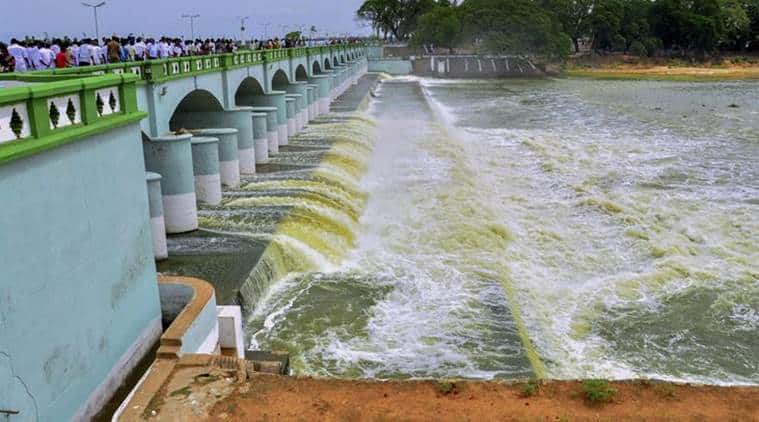 Bangalore based engineer who made breathing device to prevent deaths of newborn babies wins Innovation Award in UK.

Vehicular movement in Bangalore city's key parts around Cubbon park has been hit after hundreds of protesters gathered together at Vidhana Soudha demanding reservation for their community. Traffic jams have been reported from KR Circle, Balekundri Circle, Infantry Road, Queens Road, Rajbhavan Road and surrounding areas. Denying allegations that the state government is protecting I Monetary Advisory (IMA) Group chief Mansoor Khan, Minority Welfare minister BZ Zameer Ahmed Khan said that such rumours are baseless and far from truth. In a couple of tweets, the minister said that the IMA chief will be arrested and justice will be ensured. "I am confident that SIT will investigate IMA case without any prejudice & submit the report at the earliest. If the report fails to reveal the truth of the case, I will proactively urge the government to handover it to CBI," he tweeted.

Our government is always with the people who have lost their hard earned money & will always support their cause.

The news about us protecting IMA owner Mansoor Khan is baseless & far from truth. He shall be arrested & justice will be ensured.

Expressing delight on the announcement of a new Special train on the Belagavi- Bengaluru wrote, many rail users have taken to Twitter to thank Railways MoS Suresh Angadi for approving their long-standing demand.

The Karnataka State Forensic Science Laboratory has been accredited by NABL for its facilities at Madiwala, Bengaluru. Confirming this, ADGP (Crime) M.A. Saleem wrote on Twitter, "Great day for Karnataka Forensic Lab. Now it is NABL accredit lab. One of the few in the country."

Great day for Karnataka Forensic Lab. Now it is NABL accredit lab. One of the few in the country. pic.twitter.com/XIZtLLjIVN

Bangalore International Centre (BIC) will host 'Celebrating Girish Karnad: His Life and Work' as a special tribute to the renowned actor-playwright. Actor Arundhati Nag, author and historian Ramachandra Guha, writer Vivek Shanbhag, author and director Arshia Sattar and others will pay tribute to Karnad during the event.

Average air quality in Bengaluru is 'moderate'. At 10.10 am, PM 2.5 (Fine Particulate matter) is at an 'unhealthy' level if you are near Brigade Road, Koramangala or BTM Layout. The same is at 'moderate' levels near Ulsoor, Mathikere, and Srirampura.

The Special Investigation Team formed to look into the IMA Jewels scam case found 41 kg jewellery worth Rs 13 Crore, one pistol and 50 bullets & property documents have been found in raids at IMA branches in Shivajinagar, Bengaluru, according to DCP S Girish of the SIT.  Four boxes of pledged jewellery have been found. Raids are underway. 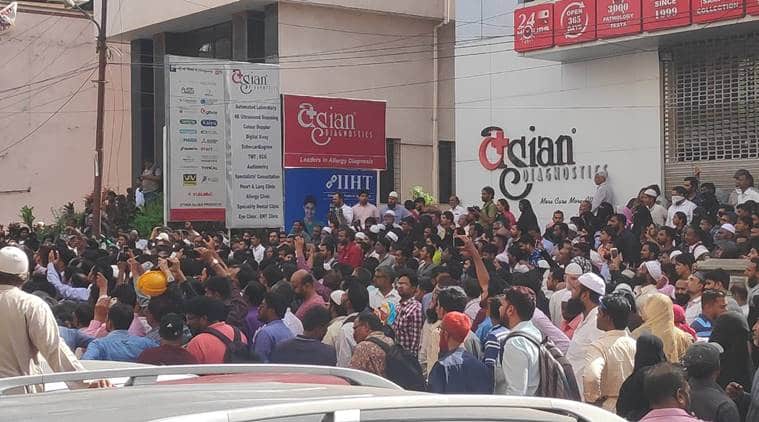 E-City, Attibele toll fares to be revised from July 1

Travelling outside Bangalore and re-entering the city after a trip outside city limits will get more expensive from July 1, as toll fares at Electronic City and Attibele has been revised. While the hike ranges from Rs 5 to Rs 10 for daily one-side trips, monthly pass charges have been hiked by a minimum of Rs 20. 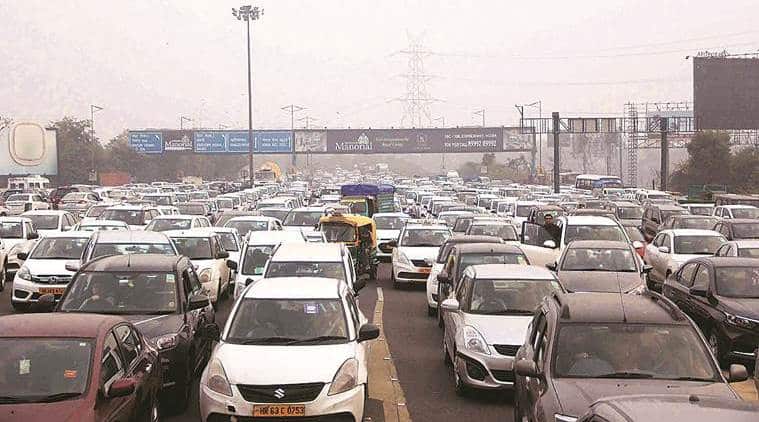 At the same time, the BMRCL has lodged a police complaint after officials discovered that around 490 metres of copper wire and conductors weighing 1,225 kg went missing. These were installed along the tracks between Baiyappanahalli and Swami Vivekananda Road metro stations on the Purple line. It is estimated that the ‘lost’ material is worth Rs 5 lakh. Lalbagh likely to have walkway at 50 ft height

Visitors at Bangalore's iconic Lalbagh Botanical Garden might soon get a chance to get an aerial view of the park as a proposal for walkway at the height of 50-feet is awaiting approval. The proposal has been sent by the Karnataka Horticulture department to the tourism department. If approved, the project might cost up to Rs 1 crore and this would even enable eco-watchers, botanists and taxonomists to do their work easier. 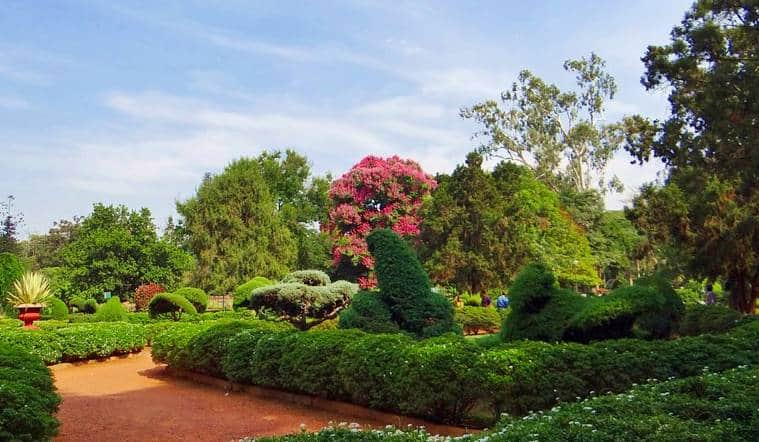 Cops from Bengaluru City Police department opened fire at rowdy-sheeter Ashok at Kasthuri Nagar after he tried to attack them to evade arrest. The accused has been admitted to Bowring hospital with bullet injuries on his leg. 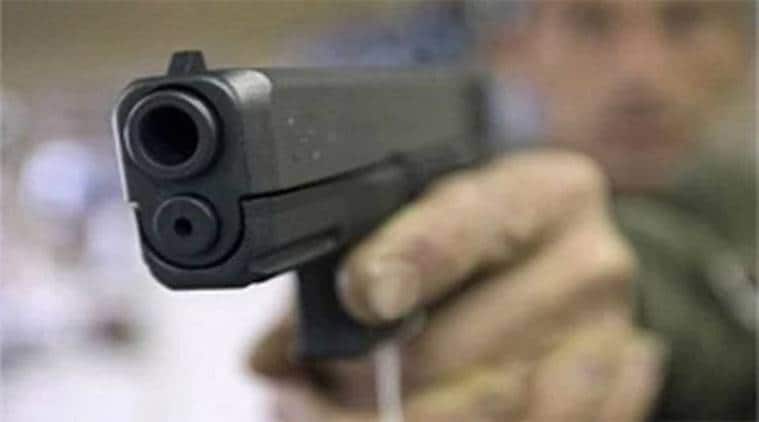 Independent MLAs R. Shankar and H. Nagesh who got inducted into the Kumaraswamy-led Karnataka state cabinet were alloted portfolios on Monday, after a 10-day wait since swearing in. While Shankar will be Municipalities and Local Bodies minister, Nagesh has been allotted Small Scale Industries, according to a government gazette notification issued on Monday. The India Meteorological Department (IMD) has predicted rains to continue in Bengaluru city on Tuesday. According to the daily forecast, rain is very likely in the city, mostly by evening. "Surface winds likely to be strong and gusty at times. Maximum and Minimum temperatures very likely to be around 30 and 21 degree Celsius respectively," reads the report. A 22-year-old singer and dancer who fractured his spinal cord while attempting a stunt for popular mobile app TikTok recently died at a Bengaluru hospital on Sunday. Kumaraswamy battled for life for eight days at Victoria Hospital after trying a backflip for the TikTok video. He lost his balance while performing the stunt and fell down and fractured his spinal cord.

A 44-year-old daily wage worker allegedly attempted suicide on the third floor of the Vidhana Soudha building in Bangalore on Monday. R Revanna Kumar, who hails from Chickballapur, allegedly tried to slit his throat and wrist inside a restroom next to Room no. 332 of Karnataka’s Legislative Assembly building.

After two persons fell to their death from the second floor of a pub in Church Street on Friday, Bengaluru Police said they will instruct building owners to install safety barriers to prevent such accidents.