Bangalore news highlights: Get the latest updates on Bangalore traffic, Bangalore weather, the events in Bangalore today and much more in our daily LIVE blog

From July 1 the garbage collection may affect across Karnataka as Pourakarmikas(sanitary workers) have decided to go on an indefinite strike.

The strike will obstruct the door-to-door garbage collection, road cleaning and other works in Bangalore as well as major cities in the state. The Karnataka State Corporation, Municipality, Town Municipality, Pourakarmika Maha Union has called for the indefinite strike as they fear reintroduction of the contract system

Around 12 African nationals were arrested in Bengaluru on Sunday for overstaying in the country despite the expiry of their visas.

The foreigners had come to India on student, tourist and business visas and did not return, the police said. Early this month, 21 nationals from various African countries had been arrested on a similar charge.

Let my thoughts, words & actions always be one. Let not hypocrisy or deceit ever take over. Let me not forget my roots. Let me cry everyday for those not as fortunate as I am. Let me always remain idealistic.

As a representative of Bengaluru Central, today I took oath as member of the 17th LokSabha.

I reiterate my commitment to the people of #BengaluruCentral will
continue to work hard for them & always be their voice in Parliament. @narendramodi @AmitShah pic.twitter.com/zcyH1mlFr0

D.V. Sadananda Gowda takes oath as a member of the 17th Lok Sabha

Three people were killed and several people were injured after an under-construction water tank collapsed at Jogappa Layout in Nagavara, North Bengaluru, on Monday. At least six of the injured are said to be in a serious condition.

First day in parliament with my dear bro @Tejasvi_Surya pic.twitter.com/QDtx3rjgOR

Minister Krishna Byre Gowda visited the site of the water tank collapse. Eight fire tenders were also rushed to the spot. 3 killed, 11 injured in the tragedy. 6 labourers are in critical condition. rushed to the nearby hospitals.

An under-construction 110 MLD water tank collapsed at Jogappa Layout in Nagavara, North  Bengaluru on Monday morning. 10-13 people reportedly trapped under debris and 3 labourers killed in the accident said police.  NDRF personnel arrive at the spot to assist in the rescue operation. The fire department,  emergency services and police, along with eight ambulances, have reached the spot.

Huge water tank collapses in Bengaluru; four suspected to be caught in debris

Huge water tank collapses at Jogappa layout, North Bangalore; four suspected to be caught in debris. Police is on the spot and conducting rescue operations.

Students and parents stage a protest in front of VKO Government school in Shivajinagar which was run by IMA Jewels. 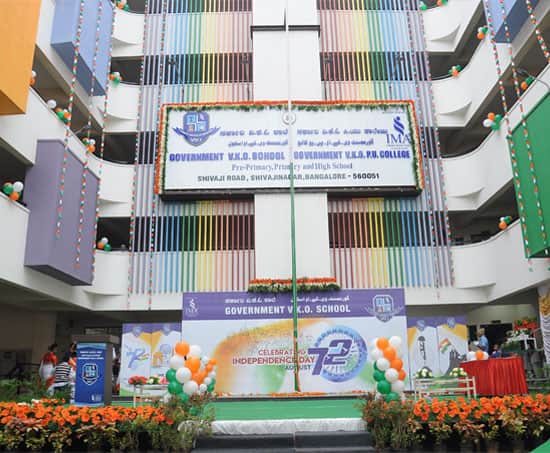 Public consultation on converting Church street as a pedestrian-only road

BBMP to consult citizens to discuss on converting Church street as a pedestrian-only road. The public consultation will be headed by BBMP Commissioner N Manjunath Prasad at the Matteo Cafe on Church Street on Tuesday, June 18, at 3 pm. 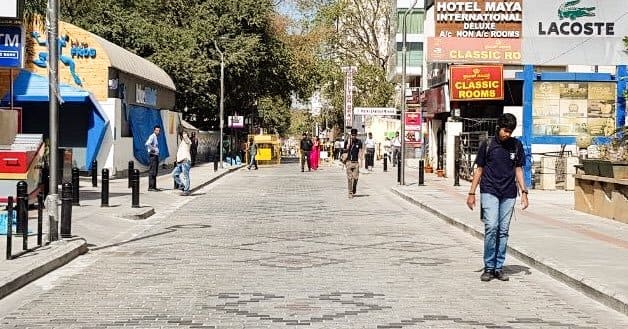 All govt doctors must report to work- Karnataka Government

A notification issued by the Karnataka department of health and family welfare and Ayush services saying that all government doctors must report to work. No leave will be granted on Monday in the wake of the doctor's protest. 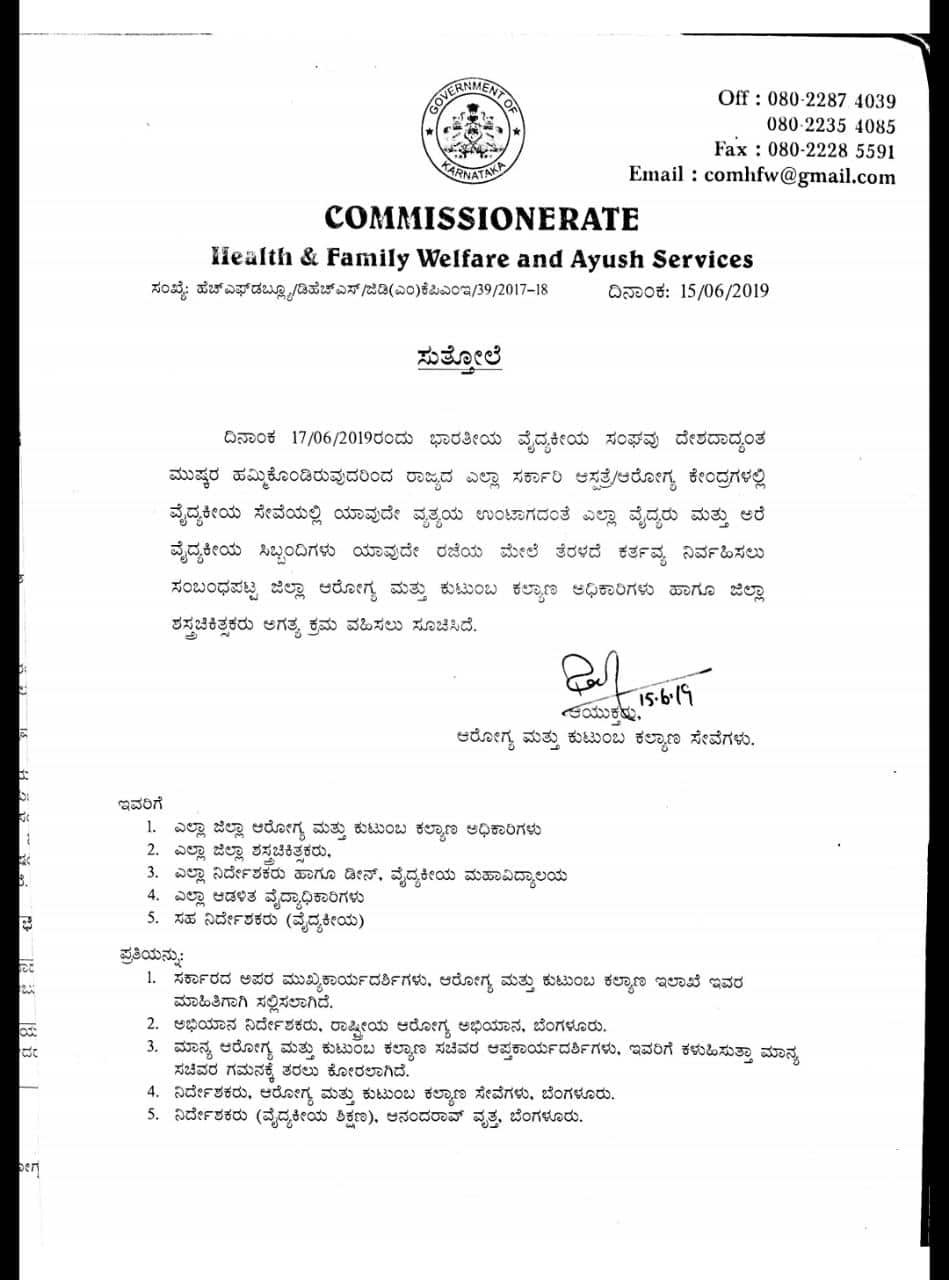 Taking a taxi can be a pretty mundane part of our lives. One particular video of cab ride, however, has amused many online. The short clip of a driver conversing with a passenger in Sanskrit is going viral on social media platforms.

Reportedly shot in Bengaluru, it was shared on Twitter by a user, Girish Bharadwaja, who is a member of Vishwa Hindu Parishad. Bharadwaja was surprised when he found his taxi driver speaking fluently in Sanskrit!

Uber Access is now available for the differently abled in Kempegowda International airport, Bengaluru. Uber Access is a wheelchair-accessible vehicle for assisting people with disabilities.

Never let anything stop you from experiencing the real joy of travel. Uber Access now available for the differently abled. Enjoy comfortable and hassle-free connection to the #BLRAirport with @Uber_India. pic.twitter.com/BfWG9r3INn

Many Private hospitals suspend out-patient services; Clinics open for patients in the city.

Despite an appeal from the Karnataka Health Family Welfare Minister to limit doctors protest to a symbolic gesture, on Monday, many of the private hospitals have suspended their out-patient services. However, some clinics in the city were open for patients with a board which says ' zero tolerance to violence'. A doctor from a private clinic on Hessarghatta road, North Bengaluru says, “we condemn attacks on doctors, but our clinic will serve the patients.” Average air quality in Bengaluru is 'moderate'. At 10.30 am, PM 2.5 (Fine Particulate matter) is at an 'unhealthy' level if you are near Hebbal or BTM Layout. The same is at 'moderate' levels near City Railway Station and Jayanagar.

Officials from private hospitals and nursing homes association of Karnataka say that they are supporting the strike, but are not encouraging to doctors to go on a protest mode. They however say that OPD will be affected today and in-patient services would not be affected. Emergency services would go on as usual. Meanwhile faculty of Ramaiah hospital including students are planning a silent protest at BEL road.

NIMHANS doctors are participating in the strike and have shut outpatient services.

Though NIMHANS is a government hospital, doctors are participating in the strike and have shut outpatient services. NIMHANS officials have asked doctors to report to service and have withheld registration for OPD cases. Patients are asked to register only if it is an emergency.

Officials from private hospitals and nursing homes association of Karnataka say that they are supporting the strike, but are not encouraging to doctors to go on a protest mode. They however say that OPD will be affected today and in-patient services would not be affected. Emergency services would go on as usual.

Meanwhile faculty of Ramaiah hospital including students are planning a silent protest at BEL road.

Assault on anyone is unacceptable.
I condemn the attack on the doctors and request the doctors on strike today to ensure that their protest is peaceful and does not cause any problems to the patients. #DoctorStrike #DoctorsProtest

To cater to the workers of Bengaluru Airport and other associated businesses around the airport premises, the Bangalore Metropolitan Transport Corporation (BMTC) has introduced non-AC bus services to the airport from various parts of the city.

The economic survey of the state for 2018-19 has projected “a negative growth of 4.8 percent in the agricultural sector because of the drought situation prevailing due to scarcity of rain”