Thousands of investors gathered in front of I Monetary Advisory (IMA) jewels at Commercial Street on Monday. Express Photo

As part of completing works related to monsoon preparedness in the Bangalore, the Bengaluru Traffic Police continues their special initiative of filling potholes in key roads of the city, in collaboration with Bruhat Bengaluru Mahanagara Palike (BBMP), the city’s local civic body. On Tuesday, the special team filled several potholes in and around Kanakapura Road.

Meanwhile, Rohini Katoch Sepat took charge as the Deputy Commissioner of Police (Bengaluru South) on Tuesday, She will be replacing K Annamalai who put in his resignation two weeks ago.

At the same time, the weatherman has predicted light rains in some areas of Bangalore today. According to IMD’s daily forecast, “Maximum and Minimum temperatures very likely to be around 30 and 21 degree Celsius respectively.”

People from Kodagu district have started twitter movement asking for a hospital in the district. Kodagu which has more than five lakh population doesn't have any emergency hospitals. According to netizens most of the emergency cases are referred to Mysore or Mangalore.

We people of Kodagu travel to Mysore or Mangaluru or Bengaluru for any medical emergencies. We still don't have a better hospital in Kodagu for emergencies.#WeNeedEmergencyHospitalInKodagu pic.twitter.com/PmUqljKDF7

Karnataka Minority Welfare Minister Zameer Ahmed Khan briefs media over IMA scam. He rejects the media reports about his involvement in the IMA group scam. “I have no business with the IMA group, I only sold the property to the IMA group in the year 2017.” Senior Congress leader and MLA R Roshan Baig spoke media at Press Club, Bengaluru on the IMA jewels scam. "I don't have any connection with the IMA group, I welcome the SIT investigation, and I request CM to handover case to CBI investigation," he told presspersons. He also said the CBI was better equipped to handle such large scale ponzi schemes.

Refuting allegations against him in the IMA scam after its Bangalore-based promoter went absconding with over Rs 2,000 crore, senior Congress leader and Shivaji Nagar MLA R. Roshan Baig took on his political rivals for targeting him for dragging him into the matter. In a series of tweets, the Shivajinagar MLA said that the entire episode took place as part of a “full-fledged attempt” to character-assassinate him after his recent political fallouts.

Sumalatha’s victory in the JD (S) bastion of Mandya has shocked the Gowda family, and there is now an effort to revive the party and particularly Nikhil’s image after the loss.

Bengaluru Mayor Gangambike Mallikarjun inspected various ongoing road infrastructure projects on Wednesday. Mayor visited Kundalahalli Junction in East Bengaluru where the signal free corridor work is going on from last few months. Mayor directed officials to complete the work soon since the delay in the project is causing traffic snarl at the junction during peak hours. 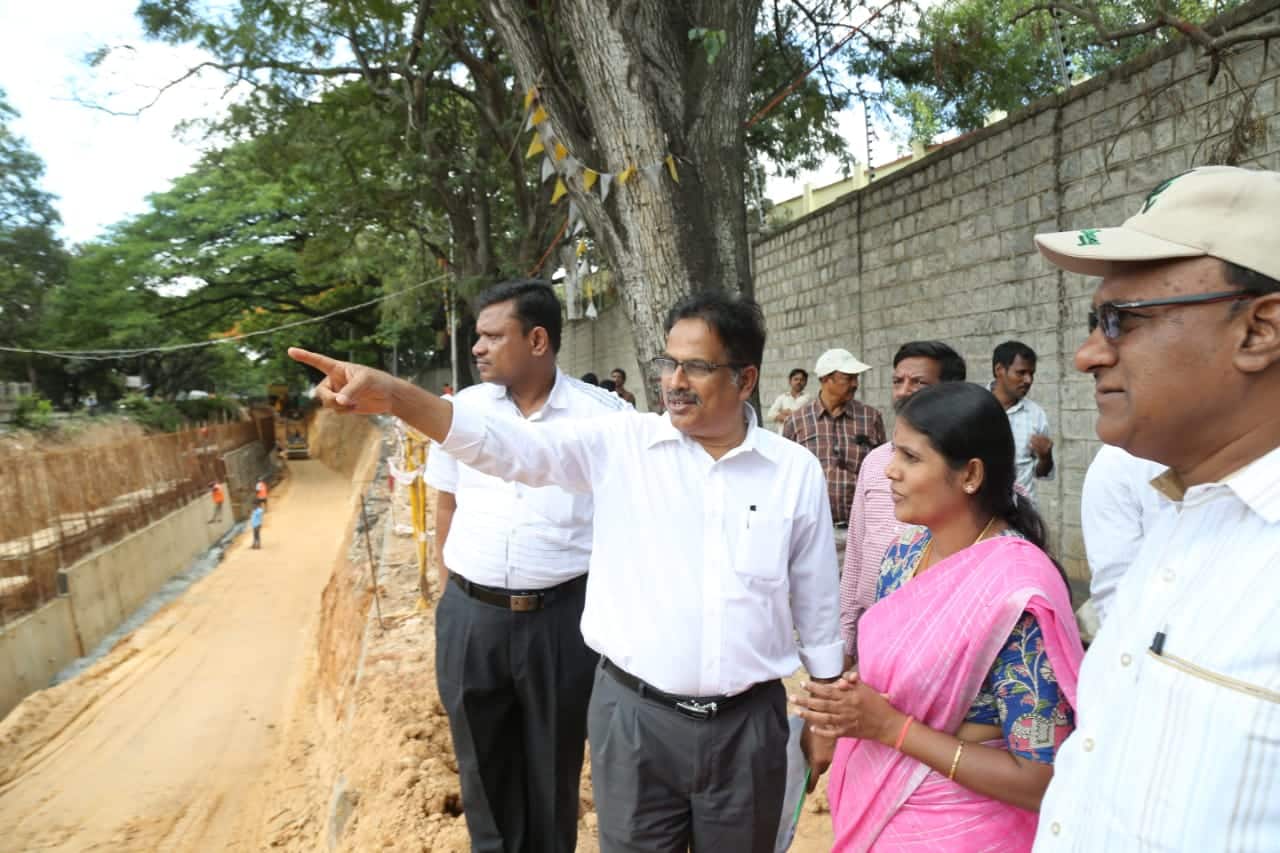 IMA jewels scam case: total number of complaints reach 13,500. complaints being registered at AS Convention hall in Shivaji Nagar. Complaints are also being registered at the Commercial Street police station. People are coming from other states to register complaints. IMA jewels seems to have a footprint in Telangana too. Karnataka Government has appointed Ravikanthe Gowda, DIG to enquire into the case. Congress MLA Roshan Baig who is considered to be connected with the promoter of IMA jewels to address a press conference today evening to clarify his role and his stand on the controversy.

After receiving complaints from the Bengaluru cyclists, the Namma Metro has directed its security official to allow foldable bicycles on the metro which can pass through the luggage scanner.

Read: Bangalore Metro now allows you to take foldable bicycles on your trip

Chandrayaan 2 to leave Bengaluru for Sriharikota this week

As India's second lunar mission Chandrayaan-2 is just a week away from its launch, the Indian Space Research Organisation (ISRO)shared the first pictures of Chandrayaan-2's lander and orbiter in its final preparations at the Satellite Integration and Testing Establishment (SITE) in Bengaluru. The spacecraft is expected to leave the city on June 19 to reach Sriharikota by June 21.

As frequent and long power cuts continue to trouble Bengalureans, thousands of complaints continue to flood the Bangalore Electricity Supply Company (BESCOM)office by various means. According to statistics shared by BESCOM, as many as 9,756 complaints were registered only on June 11 (Tuesday). Out of this, 8,468 complaints have been resolved, numbers indicate.

Activists and animal lovers in Bengaluru upheld animal liberation and spread awareness against animal cruelty as part of observing National Animal Rights Day (NARD) 2019. Bengaluru hosted this for the first time ever, according to organisers.

BBAL activists participated in the National Animal Rights Day (NARD) 2019. Bangalore held it's first ever NARD event. Activists sang songs and read speeches in the name of animal liberation while others spoke to bystanders to create awareness of animal cruelty. pic.twitter.com/cdHlOjQYMi

A recent accident that took place on the airport road flyover in Bengaluru has provoked thoughts of having a proper system in place for fast travel. While the traffic police have banned slow-moving traffic on the flyover, citizens flood the Bengaluru Traffic Police with various suggestions. Ensuring lane discipline stays as the most suggested way to avoid such accidents in future.

Now, a job fair in Bangalore for senior citizens

RV Institute of Management in Jayanagar, Bengaluru will host a job fair for senior citizens this week. Titled 'Nightingales Job60 Plus', the event is scheduled to take place on June 16. "Applications are invited from employers willing to hire experienced and qualified senior employees who are looking to kick-start their second innings career. Employers can register for free. Physically fit senior citizens aged 60 to 70, pensioners (not more than Rs 8,000 per month), as well as non-pensioners, can apply. Call 080-26800333, 26706757 or write to jobs60coordinator@nightingaleseldercare.com," organisers from the Nightingale Empowerment Foundation say. Reacting to the incident where a Dalit youth was assaulted in Gundlupet taluk of Chamarajanagar district, Karnataka CM H.D. Kumaraswamy termed the act "inhuman". "I have informed the police to investigate and take action against the guilty. It is unfortunate that caste hostility continues to exist in society. Such actions must be opposed by all means," he wrote on Twitter.

Bangalore LIVE air quality check
Average air quality in Bengaluru is 'moderate'. At 9 am, PM 2.5 (Fine Particulate matter) is at an 'unhealthy' level if you are near MS Ramaiah, Ulsoor or Varthur. The same is at 'moderate' levels near Chinnapanhalli, Banashankari and St John's Medical College. In a bid to proactively implement the ban on the use of plastic in the city, Bengaluru mayor Gangambike Mallikarjun reiterated her directive to BBMP officials to take action against shops/vendors that continue to use plastic covers. She also directed a drive to inspect plastic usage. BBMP officials will conduct frequent raids across the city for the same, she added. 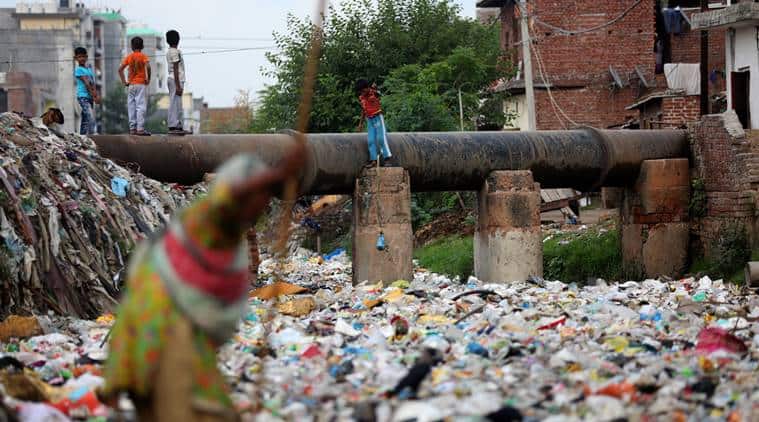 The weatherman has predicted light rains in some areas of Bangalore today. According to IMD’s daily forecast, “Maximum and Minimum temperatures very likely to be around 30 and 21 degree Celsius respectively.” The city will also witness a partly cloudy sky throughout the day, adds the forecast. Medical emergency situations will be handled quicker at Bangalore International Airport, thanks to an indoor ambulance service that was launched at the Kempegowda International Airport (KIA) on Tuesday. The battery-operated indoor ambulances which will host professionally trained and experienced emergency medical technicians from KIA’s medical partner Aster Hospital will be available for assistance round the clock for both domestic and international passengers. 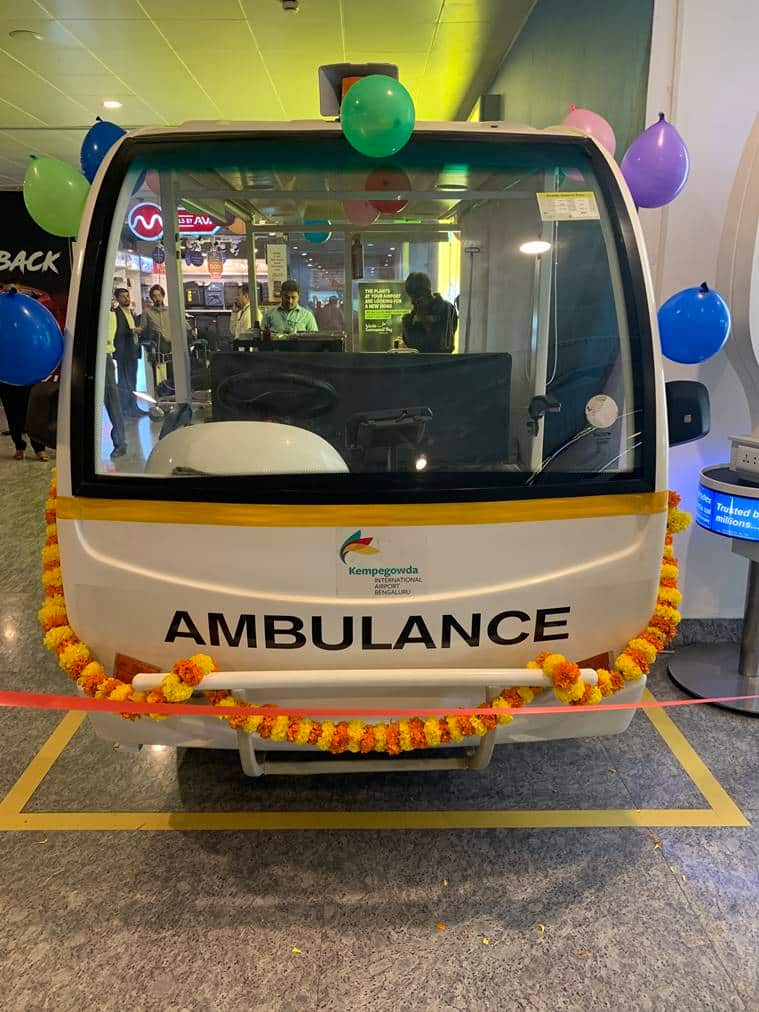 Medical emergency situations will be handled quicker at Bangalore International Airport, thanks to an indoor ambulance service that was launched at the Kempegowda International Airport (KIA) on Tuesday. The battery-operated indoor ambulances which will host professionally trained and experienced emergency medical technicians from KIA’s medical partner Aster Hospital will be available for assistance round the clock for both domestic and international passengers.

Thousands of investors panicked and gathered in front of I Monetary Advisory (IMA) jewels at Commercial Street on Monday after its missing founder and managing director Mohammed Mansoor Khan’s audio clip went viral on the internet where he claimed that he was going to commit suicide.

Planning to connect Bengaluru to Tumakuru through suburban rail, the state government has decided to drop its earlier idea of connecting the two cities by a metro train.

Read more: No Metro between Bengaluru and Tumakuru as government plans suburban rail