Fjällräven Polar: This Bengaluru woman is set to be the first Indian woman to visit Arctic pole

Citing several cyber-bullying instances fuelled by rival campaigners during the intense online competition, which was held across November and December 2019, Geethu said, "The journey towards being picked the winner itself has been a rough one." 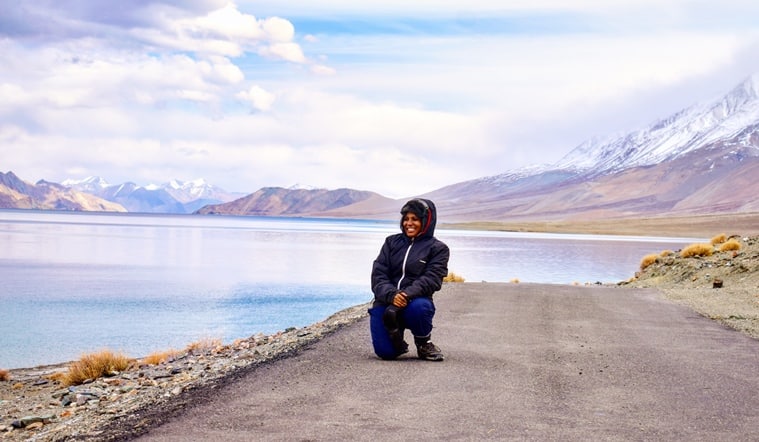 “Travelling has been an integral part of my life ever since I was ten years old. With geography and environmental sciences being my favourite subjects, being a responsible traveler has always been one among my prime goals in life,” Geethu told indianexpress.com

While visiting the Arctic was always one of her dream destinations, Geethu said the high costs were a deterrent. The 28-year-old hardware engineer’s dream came true after she was declared the winner by online voting on January 7 from ‘The World’ category that included aspirants from more than 60 countries.

The all-expense-paid trip will take place from March 30 to April 6 later this year. The expedition is conducted with advice and guidance from experts since 1997 and is run by a Fjällräven, a Stockholm-based clothing company.

Citing several cyber-bullying instances fuelled by rival campaigners during the intense online competition, which was held across November and December 2019, Geethu said, “The journey towards being picked the winner itself has been a rough one.”

“Even though the trouble I faced online – including harassment posts, spamming by supporters of other contestants, and offers to withdraw my nomination for money – made the journey tough. The thought of getting one step closer to my childhood dream kept me going, with the strong support provided by thousands online,” she further said.

Geethu, who originally hails from Aluva in Kerala, said her interest in travelling developed after she attended her first nature camp way back in Class V. “That camp, which took place when I was in the fifth standard, gave me a totally new perspective to what travelling was, which gradually grew with me to become an integral part of my life,” she said. 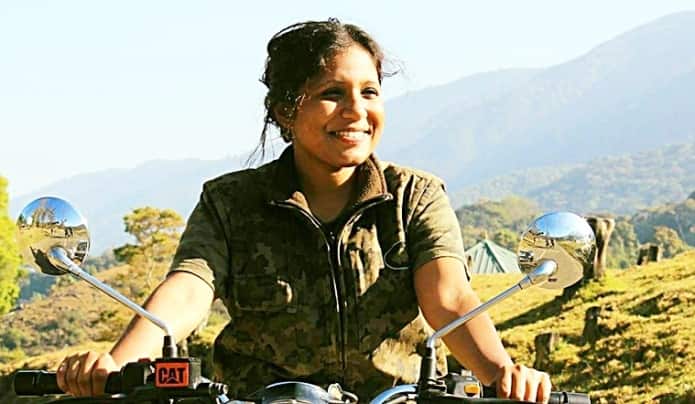 At present, Geethu has prioritised building physical fitness in preparation for the expedition. Express Photo

Once she moved to Bengaluru in 2015 for a job, she revived her passion and begun a travel group around the theme of sustainable and responsible tourism. “The thought came out of boredom but I was amazed to see many, including my friends showing deep interest in such an initiative,” she said.

Geethu has conducted over 100 trips, including four international trips to villages in other countries – two to Nepal, and one each to Bhutan and Thailand under the banner of ‘Let’s Go For A Camp’, an online platform for responsible tourism found by her.

On what constitutes “responsible tourism,” Geethu said it included “cultivating a behaviour among tourists to be aware of preserving the culture and history of any place they visit”.

“For instance, one should have an open and flexible mindset to accept and learn something from each person they meet from a place they visit, appreciating the importance of how that particular place is homeland to many,” she said.

This, incidentally, also turns out to be among the few qualifications mentioned by Fjällräven Polar for applicants interested in the expedition as well.

At present, Geethu has prioritised on improving her fitness in preparation for the expedition. “As the journey requires me to stay fit in extreme conditions – even in -30 degrees Celsius temperatures – I have been focusing on cardio workouts, yoga and breathing exercises,” she said.

Earlier, Niyog Krishna (from Pathanamthitta, Kerala) and Babu Sagar (from Kozhikode) were picked for the same expedition in 2018 and 2019.