Stranded in Istanbul for nearly two days after flight to Bengaluru was diverted, passengers hit out at Lufthansa

A Frankfurt-Bengaluru Lufthansa flight that left Germany on October 18 was diverted to Istanbul due to a medical emergency. 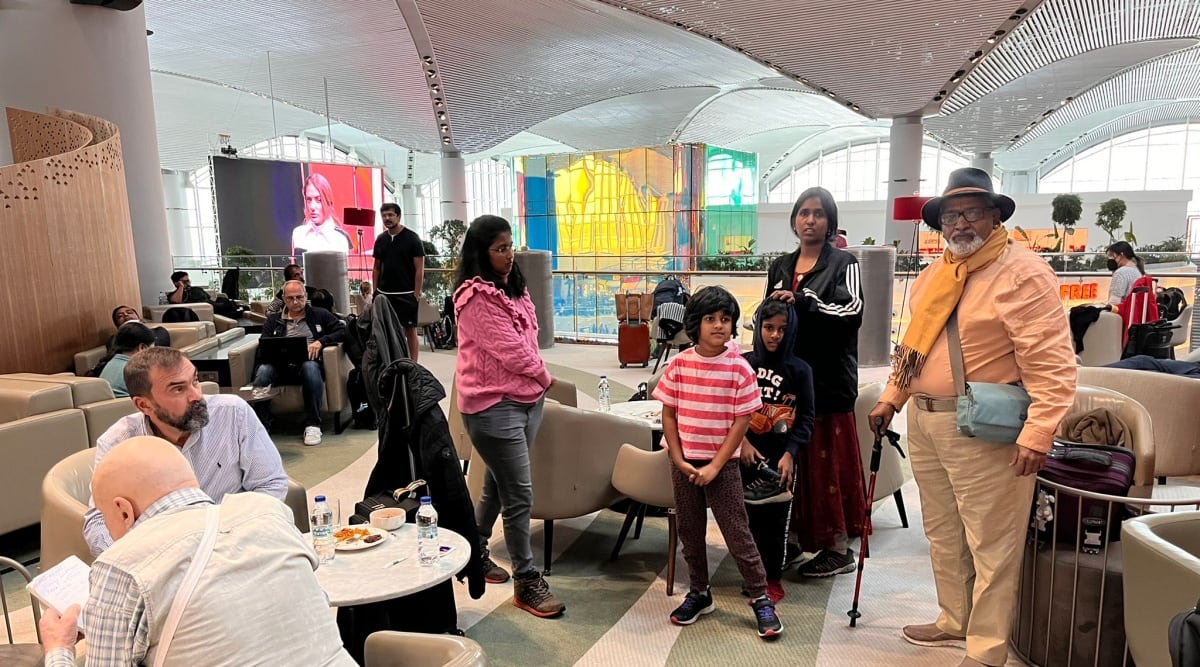 A Frankfurt-Bengaluru Lufthansa flight that left Germany on October 18 has been stranded in Istanbul, Turkey after the flight was diverted due to a medical emergency. Stuck at Istanbul airport for close to 40 hours, passengers, and their relatives, called out the airlines on social media for failing to handle the situation even as the company said it “is doing everything to minimise the inconveniences for its passengers”.

Grammy winner Ricky Kej, who is also one of the passengers aboard the LH 754 flight, took to Twitter to flag the inconvenience caused by the airlines. In a series of tweets, Kej said, “Can’t believe how Lufthansa takes Indian customers for granted. My Frnkfurt-Blore flight landed last evening at 7pm in Istanbul for medical emergency. 17 hours later – no hotel, no staff, no explanation, 300 passengers stranded, no info whatsoever.”

He alleged that they were being treated shabbily “only because it is the Indian sector”.

Other passengers too took to social media on the intervening night of October 19 and 20 to vent their anger. “Over 32 hrs, still stranded in Istanbul. Already 4 times EST have changed, no more energy left, family here and back home are worried, frustrated. Some ppl started planning to go back to source place where they started,” said Chinnamalairaja in a tweet.

@lufthansa Painful that we were sleeping in the floor, 24 hours in lounge and no support, no clarity when we will land, my ticket number 2202483359837. See some painful pictures pic.twitter.com/SdFyG2B9k8

“Please help us…we are stuck in Istanbul airport with no help from Lufthansa airlines. We are not able to even use airport wifi freely… it’s hard to reach anyone as this is not our territory. #helpIndia #strandedIndians,” Shekhar Yeleswarapu tweeted.

Saravanan S, whose wife and son were stranded at the airport, hit out at the airline. “@Lufthansa_DE what is the status of LH754(frankfurt to bengaluru) which was diverted to Istanbul due to medical emergency? My son and my wife are struggling more than 30 hrs in Istanbul airport. Please remove the caption of non stop flights if you stop once, you never start again,” he tweeted.

In response to the tweets, Lufthansa Airlines said, “Lufthansa flight LH754/18 October from Frankfurt to Bangalore had to be diverted to Istanbul due to a medical emergency on board. For safety reasons, the oxygen cylinders used to treat the medical emergency must be replaced before continuing the flight.”

It added, “Unfortunately, this takes more time than originally expected. The flight continuation from Istanbul to Bangalore is now scheduled for 8 pm local time today. Lufthansa deeply regrets the circumstances and is doing everything to minimize the inconveniences for its passengers.”