Hijab freedom of expression, not of religion, can be curbed: Karnataka AG

Advocate General Prabhuling Navadgi told a full bench of the Karnataka High Court, comprising Chief Justice Ritu Raj Awasthi, Justice Krishna Dixit and Justice J M Khazi, that wearing the hijab is an optional practice in Islam and, as a consequence, is not an obligatory religious practice. 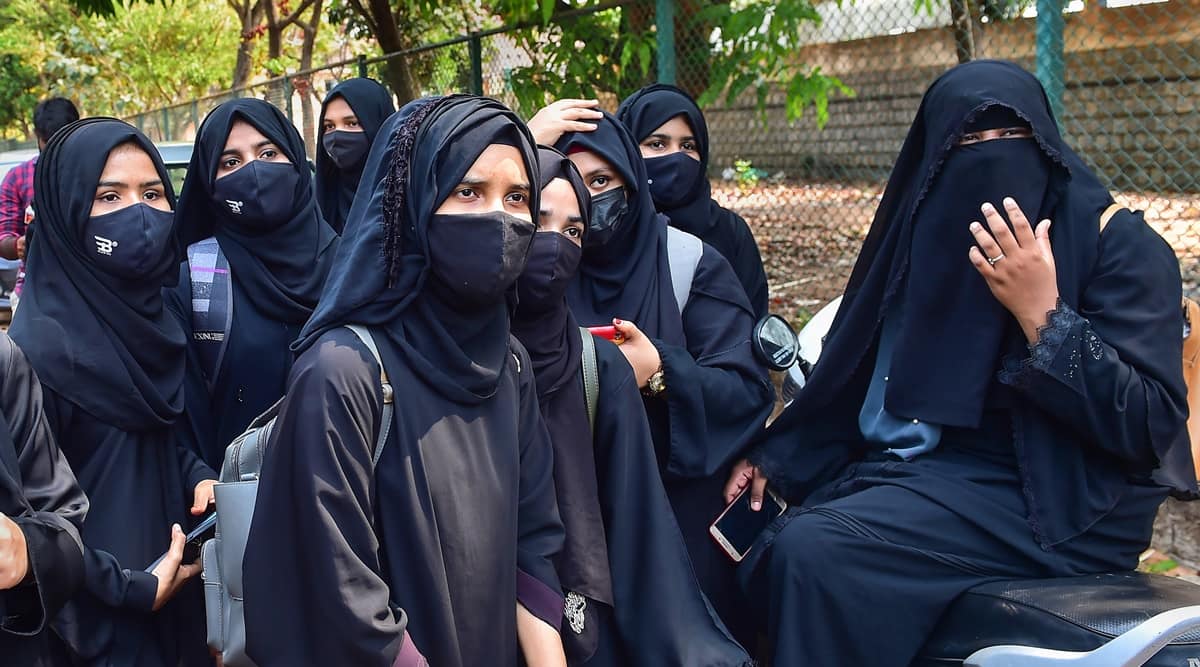 The wearing of hijabs is a right that falls under freedom of expression, which is subject to institutional discipline, and not under freedom of religion in the Constitution, the Advocate General for Karnataka argued on Tuesday during a hearing in the High Court on petitions filed by Muslim girls against the hijab ban in some colleges in Udupi.

Advocate General Prabhuling Navadgi told a full bench of the Karnataka High Court, comprising Chief Justice Ritu Raj Awasthi, Justice Krishna Dixit and Justice J M Khazi, that wearing the hijab is an optional practice in Islam and, as a consequence, is not an obligatory religious practice.

“It is their argument that it is a fundamental right under Article 19 (1) (a) to wear a dress to exercise the freedom of expression. The argument runs mutually destructive and contrary to the proposition of hijab being essential because if their argument is accepted, then those who do not want to wear the hijab can also choose not to wear it,” Navadgi told the court.

“In our country, there is no prohibition on wearing the hijab. However, the right to freedom of expression is subject to Article 19 (1) (2), where the state can impose reasonable restrictions in the interest of morality, public order and decency,” he said.

In Opinion |The hijab controversy is not about ‘secular’ reform

The Karnataka AG said in his arguments that the right to wear hijab as freedom of expression in colleges is subject to state education rules that place reasonable restrictions.

“The wearing of the hijab is subject to institutional discipline… There is no restriction on wearing the hijab in the institution. The restriction is only in the classroom and during class hours. It is uniformly applicable to everyone and no one can wear anything beyond the uniforms, irrespective of religion and community,” the AG said.

“In France, there is a total prohibition of the hijab in public life but I do not think that anybody can say that there is no Islamic religion in that country. This is a test I want to apply,” he argued.

Justice Dixit intervened to point out that the Constitutional system is different in different countries. “From nation to nation, the extent of liberty and freedom may not be similar to India,” he said.

The advocate general also argued that identifying the hijab as an essential religious practice will make it compulsory for all Muslim women to wear it, which would be against Constitutional morality and individual dignity.

“The last submission is that assuming the court accepts all arguments of the petitioners and assuming that every proposition is correct, then in the light of the law laid down by the Supreme Court in the Sabarimala case, would it be possible today to accept the principle of hijab on the point of Constitutional morality and individual dignity?” Navadgi asked. “Ultimately, if you see the claim of the petitioners, it is to wear a particular attire and if they are coming for a declaration that we want every woman of a particular faith to wear that, then would it not violate the dignity of the person whom we are subjugating? According to me, this is impermissible in this day and age,” the AG said. “It hits at the personal liberty of an individual and the choice to wear what they want,” he said.

In Kerala, practitioners of Karakattam dance form strive for recognition