Bangalore news July 10 highlights: Get the latest updates on Bangalore traffic, Bangalore weather, the events in Bangalore today and much more in our daily live blog.

Bangalore news July 10 highlights: As Karnataka speaker KR Ramesh Kumar rejected nine of the 14 resignations submitted by the coalition MLAs in the last few days, the Congress- JD(S) government is expected to get a breather for the coming days.

Stating the reason for rejecting resignations are not tendered in the correct format, the Speaker, at the same time has fixed dates over the next six days to meet and interview the five MLAs whose resignations were found to be in order.

Meanwhile, Congress leader and former Karnataka minister Roshan Baig has been summoned by the Special Investigation Team (SIT) probing the multi-crore I Monetary Advisory (IMA) scam. The Shivajinagar MLA who tendered his resignation on Monday has been asked to appear for questioning on Thursday at 11 am. Incidentally, absconding IMA chief had mentioned his name in an audio clip that was leaked and went viral on June 9.

Manhandling Ministers and MLAs is very annoying and unbecoming of #MumbaiPolice. Such hasty Act by Maharashtra Government reinforces the suspicion on #BJP of #HorseTrading. This is a blackmark on the republic setup of our country.@CMOMaharashtra @narendramodi @Dev_Fadnavis

An under-construction building in Bengaluru’s Pulkeshi Nagar collapsed on Wednesday morning killing five people and leaving 11 others injured. An adjacent building also tilted upon the impact of the collapse. Fire department services, NDRF, SDRF and Civil Defence team have been rushed to the spot. According to Bruhat Bengaluru Mahanagara Palike (BBMP), the incident took place around 2 am.

Sudhakar, Karnataka MLA who was closeted in the office of Minister K J George has left the office with police protection. He is meeting with the governor and is expected to go to Mumbai tonight along with another MLA who also resigned today.

Karnataka BJP claims that MLA Sudhakar who resigned just this afternoon is being kept against his will at the office of a minister in the Vidhana Soudha.  Sudhakar was taken to the minister's chambers while he was walking out after resigning at the chambers of the speaker Ramesh Kumar.

MLA Sudhakar was part of a rebel Congress group that was lured by the BJP in January ahead of an assembly session. He returned to the Congress fold after the BJP aborted its plans to get a large number of MLAs to defect following the release of an audio recording by Kumaraswamy of conversations of BJP leaders negotiating with an MLA’s son.

MLAs quit coalition due to frequent interference in constituencies, Nagaraj had said

Nagaraj had earlier on Wednesday stated that MLAs were quitting the coalition due to the frequent interference in their constituencies and ministries by Chief Minister Kumaraswamy and his brother H D Revanna. Nagaraj who is a member of the OBC Kuruba community is one of the richest MLAs in Karnataka with huge land interests.

Two more MLAs of the Congress party - MTB Nagaraj, a minister, and K Sudhakar, chairman of the state pollution board - submitted their resignation to the Speaker of the assembly here on Wednesday afternoon. Both MLAs are considered to be loyalists of former chief minister Siddaramaiah and found places in the coalition government of the Congress-JDS following the intervention of the senior leader.

Who is speaker Ramesh Kumar, The man who holds the cards amid political crisis

As the coalition government teetered on the brink of collapse following a spate of resignations by Congress, JD(S) MLAs, all eyes are now on Speaker KR Ramesh Kumar. The role of the Speaker becomes key given the fact that the crisis is all about numbers. He will decide on whether and when to accept a demand for a floor test. In his latest move, Ramesh Kumar has summoned eight of the 14 rebel legislators camping in Mumbai to meet him in his office for clarifications on their resignations after finding faults with the format. 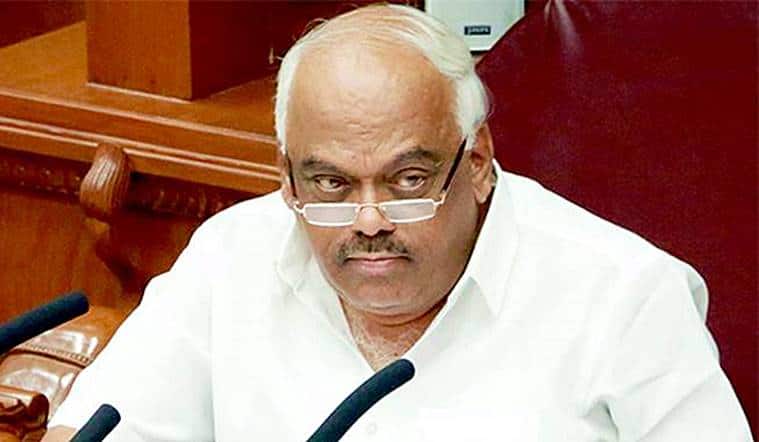 DK Shivakumar, GT Devegowda and others detained by Mumbai police 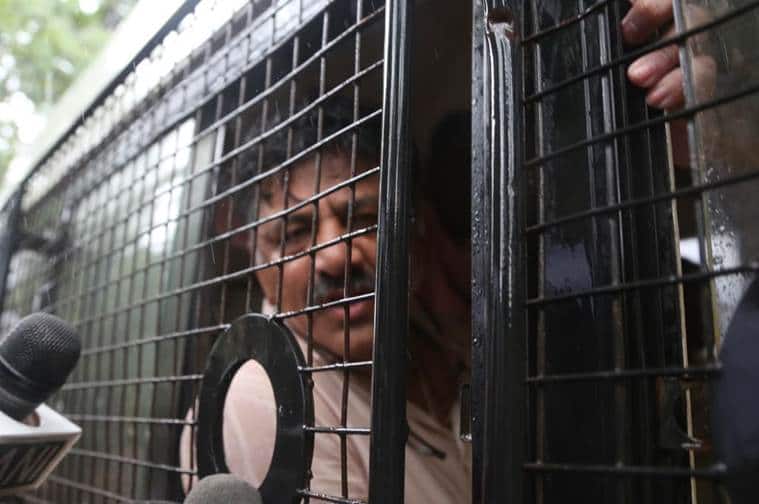 Kumaraswamy has no moral right to continue as CM: Yeddyurappa

BS Yeddyurappa,BJP after meeting Karnataka Governor: I requested the Governor to convey to speaker that he should take necessary action immediately. Kumaraswamy has no moral right to continue as Chief Minister,they don't have the numbers pic.twitter.com/zHUYiUaqAO

BJP delegation met with Governor Vajubhai Vala and complained against Speaker Ramesh Kumar saying that he is intentionally delaying the acceptance of the resignations of the MLAs. BJP leaders requested the Governor to direct the Speaker to accept the resignations.

In the wake of political protests being staged outside Cubbon Park metro station and in CTO junction, the Bengaluru Traffic Police has released an advisory asking commuters to take alternate routes avoiding the junction to reach their respective destinations.

The MLAs say they have been asked to remain in person before the speaker on July 12, when the Assembly session is set to begin and adds this was “to disqualify the petitioners in a prejudged manner”. @IndianExpress

"Extremely saddened to know about the loss of lives. Police, Fire officials and concerned are carrying out rescue work," MLA KJ George said after visiting the site where a building collapsed in Pulkeshi Nagar, Bangalore

Inspected the spot this morning where an under-construction building collapsed at Thomas Town, near Hutchins Road along with @DrParameshwara @BBMP_MAYOR &Corporator. Extremely saddened to know about loss of lives! Police,Fire officials&other concerned are carrying out rescue work pic.twitter.com/6gIUecIjm0

"I am forced to realise that the coalition setup is adapting all unlawful methods to stay in office," Karnataka BJP chief BS Yeddyurappa said after the protest outside Vidhana Soudha in Bangalore. "Being the head of the state, how are you tolerating such elements and unconstitutional ways of his cabinet colleague," he further questioned  CM Kumaraswamy citing DK Shivakumar's recent reactions.

#KarnatakaPoliticalCrisis: @BJP4India Karnataka president @BSYBJP says, "I am forced to realise that the coalition setup is adapting all unlawful methods to stay in office," after the protest outside Vidhana Soudha in Bangalore. @IndianExpress | @IEBengaluru pic.twitter.com/SKqTR1reZC

"People have not forgotten the notoriety of Shivakumar who is apt in handling such issues. It is still fresh in people's minds how he hijacked the legislators from Gujarat and for giving shelter to legislators from Maharashtra to protect his party's interests and government (back then) there. His notoriety once again came to light last week when he tore resignations of legislators forcing his entry to the speaker's office," Karnataka BJP chief BS Yeddyurappa said after the BJP protest outside Vidhana Soudha in Bangalore.

Meanwhile, the 10 rebel MLAs camping in Mumbai since Saturday have approached the police seeking security as they fear that Karnataka Chief Minister H D Kumaraswamy and Congress troubleshooter leader D K Shivakumar will “storm” into the premises and threaten them when they reach Mumbai Wednesday.

At the same time, a landslide in Subrahmanya Road-Sakleshpur Ghat has forced the South Western Railway to divert and regulate the running of several trains in the route.