🔴 According to sources, the vehicle density on Nandi hills continues to be a concern. The destination witnesses at least 3,000 people on weekdays and up to 8,000 on weekends. 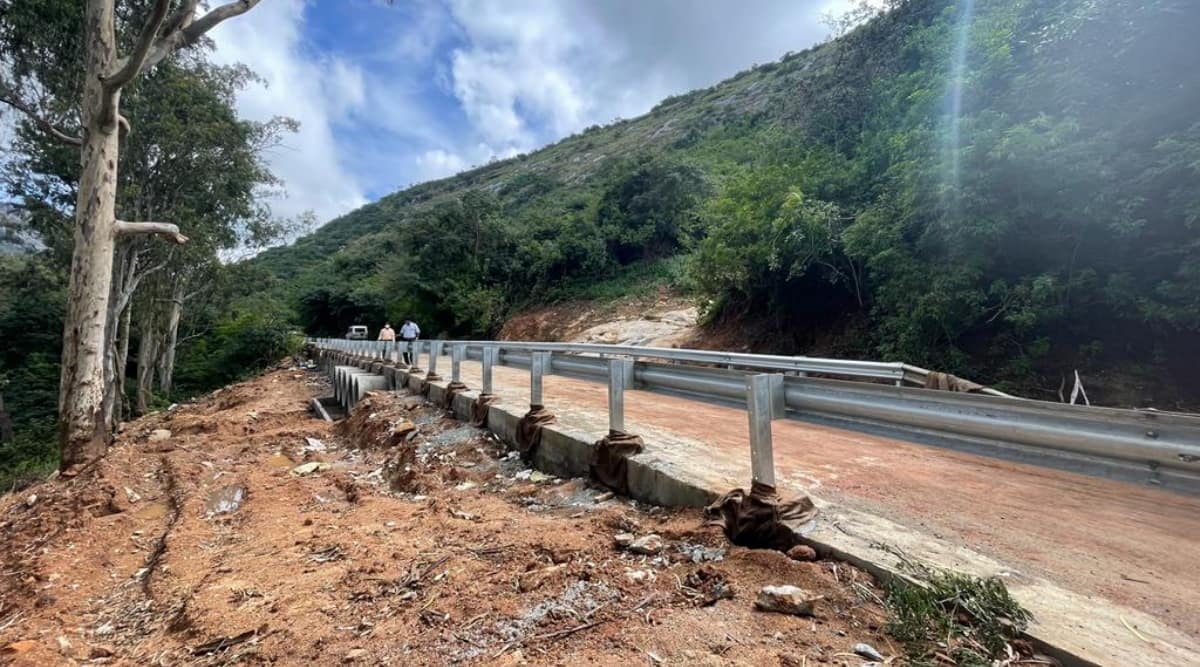 A new road has been built at Nandi Hills after the landslide.

On August 24, heavy rains had triggered a landslide at 10th curve, causing damage to the road. Tourists who were stuck atop the hills were brought down safely using an alternative road.

It took two and a half months to complete the construction of the road, which was damaged in the landslide.

Latha said, “A cross drainage of five rows with 1.50 diameter concrete pipes has been installed for better water flow. At a cost of Rs 80 lakh, 43 metres length of Pavement Quality Road (PQC) has been built. Hybrid combined structure consisting of raft, retaining wall, cross drain and Concrete Pavement has been built.”

An officer who is part of the Chikkaballapura district administration said it took about two and a half months to complete the work, which was supposed to be finished much earlier, but was delayed due to rainfall.

According to sources, the vehicle density on Nandi hills continues to be a concern. The destination witnesses at least 3,000 people on weekdays and up to 8,000 on weekends. Officials said the inflow of tourists increased as Covid-19 restrictions were eased, and more than 10,000 people visited over some weekends.

There is a proposal to ban all vehicles driving up the hills, and only allow e-vehicles at the last stretch. This has been a long-standing plan, which was brought to the fore once again due to the landslide.

Latha said vehicles will be allowed to enter Nandi Hills on all days of the week for those who have booked hotel rooms. All tourists must adhere to Covid-19 protocols.