The ten-day-long celebrations are usually held at various locations in Mysuru, including auditoriums, exhibition grounds, sports grounds and other venues as well. As coronavirus cases continue to rise steadily in Karnataka, this year’s Dasara celebrations are likely to be restricted within the Mysore Palace premises and Chamundi Hills. The ten-day-long celebrations are usually held at various locations in Mysuru, including auditoriums, exhibition grounds, sports grounds and other venues as well.

After a meeting with officials at Mysuru Deputy Commissioner’s office, Health Minister B Sriramulu said there was a general view that the Dasara should be confined to the Mysuru Palace and Chamundi Hills. However, the decision is yet to be approved by Chief Minister B S Yediyurappa.

During the meeting, Sriramulu instructed district health officials to decide on a comprehensive plan of action within a day. “A technical committee will also be formed to oversee Covid-19 related guidelines during the celebrations,” he added. 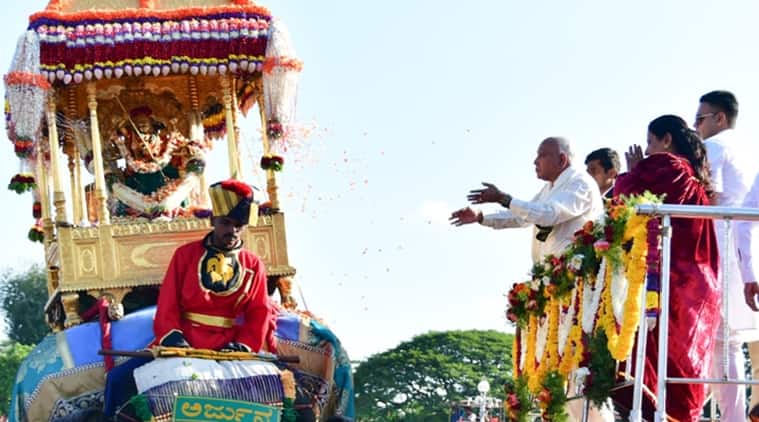 The meeting was attended by Mysuru-Kodagu Lok Sabha MP Pratap Simha, Deputy Commissioner Rohini Sindhuri, MLAs representing various constituencies in the district, officials of the district administration and various government departments in charge of the celebrations.

Every year thousands of people throng Mysuru from all over the globe to witness the 10-day Dasara festival
during Navaratri.

Earlier in September, CM Yediyurappa had announced the government’s decision to scale down the world-famous Mysore Dasara celebrations in the view of the ongoing pandemic. 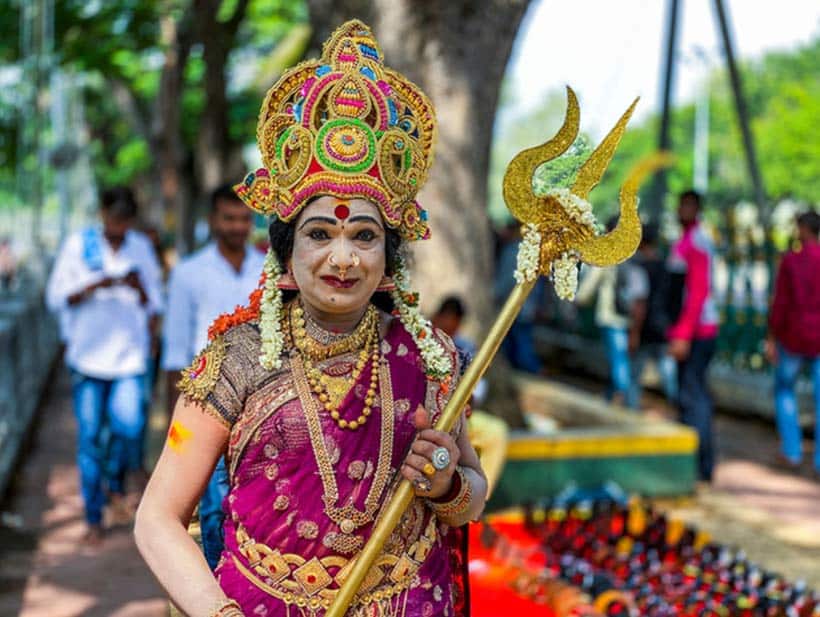 “It has been unanimously decided to hold the Dasara celebrations in Mysuru in a simple manner upholding the tradition,” he had announced. The number of elephants taking part in the Jumbo Savari — a grand procession of elephants carrying idols of deities, including Sri Chamundeshwari from Mysuru Palace to Bannimantap Grounds — have also been restricted to five, with the procession planned to take place only within the palace premises.

During his visit to review Covid-19 management in the district, Medical Education Minister K Sudhakar also urged people to celebrate Dasara in a “simple yet meaningful manner”. “Kerala had relaxed Covid-19 protocols during Onam festival and the state is now witnessing 7,000-8,000 new cases on a daily basis. We should avoid that mistake here and that is the reason for us celebrating Dasara in a simple way this time,” he said.

Sudhakar also instructed the Mysuru district administration to activate booth-level task force committees. “We must find the reasons for the upsurge in the infection in the district. Mysuru, once a model for the state, is now recording 1.9% mortality higher than the national and state mortality rate of 1.6 per cent and 1.5 per cent respectively. The testing targets are met only upto 65 per cent, which is not satisfactory,” he said.

The minister had also warned the officials that no complaints on providing proper treatment would be tolerated. “As many as 68 resident doctors have been appointed to fill in vacancies at Covid hospitals,” he added.

Mysuru has reported 831 Covid-related deaths and 38,611 Covid-19 cases cumulatively, according to the statistics issued by the Department of Health and Family Welfare Services.