Many Bengaluru hospitals running out of oxygen supply; have to depend on ‘black market’, says doctors 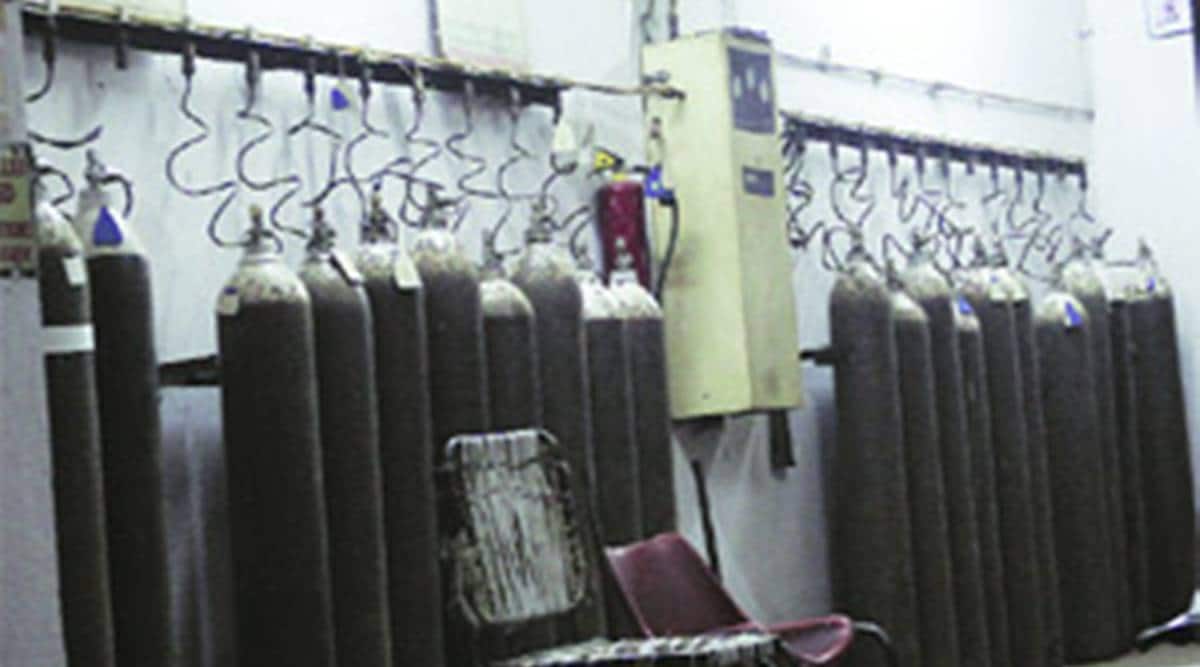 The state health department has appointed special officers to monitor its overall procurement process and ensure that it is being supplied to various hospitals and nursing homes. (File photo)

With the number of active Covid-19 cases in Bengaluru rising from 79,616 on Friday to 97,897 on Sunday, the demand for oxygen in hospitals has gone up significantly, doctors working at private healthcare facilities in the city said. Several hospitals began running out of stock for oxygen as the supply chain was hit severely.

As many as 36,556 more Covid cases were confirmed across the state over the weekend. Out of these, 24,197 infections were reported from Bengaluru alone.

Dr Prasanna H M, president of Private Hospitals and Nursing Home Associations (PHANA), told Indianexpress.com that he had approached the government officials and the drugs controller on Saturday with a list of hospitals that reported a shortage of oxygen.

“The list included 56 hospitals, with most of them from Bengaluru and some from other districts like Kalaburagi and Ballari. While the government says oxygen production is optimal, they should ensure that it reaches the refillers (vendors) who distribute the same to the medical sector as well, especially in the current situation,” he explained.

For instance, Dr Prasanna said he himself had to “depend on the black market” to ensure an adequate supply of oxygen for patients at Pristine Hospital overnight on Saturday.

“Our regular oxygen supplier said he ran out of stock and could provide only one cylinder in place of four yesterday. Even though the State Drugs Controller and his team worked all night with us to get supply back on track, we had no choice but to pay thrice the normal amount to get oxygen from other vendors,” he said.

Also Read |Demand for plasma in Bengaluru up by over five times, finding donors an uphill task

Meanwhile, Health and Medical Education Minister K Sudhakar tweeted, “There are 7 medical oxygen production plants in Karnataka with a daily production capacity of 812 tonnes, while the medical oxygen utilised on Saturday was about 272.61 tonnes.”

There are 7 medical oxygen production plants in Karnataka with a daily production capacity of 812 tonnes, while the medical oxygen utilised on Saturday was about 272.61 tonnes. So I appeal to everyone to not create unnecessary panic about shortage of medical oxygen in the state.

PHANA further mentioned that hospitals that were part of big chains could manage the situation better. “These hospitals have their own liquid oxygen tanks helping them with direct oxygen supply. However, the scarcity of the same among manufacturers itself can turn out to be problematic for them too, if timely intervention fails to take place,” Dr Prasanna added.

Meanwhile, a doctor at a hospital located in the BBMP South zone said that five patients had to be shifted overnight on Saturday and during early morning on Sunday to other private hospitals due to a shortage of oxygen supply. “We had no choice but to refer people for admission to other hospitals thereafter. While this is not an isolated incident, it is high time oxygen supply and even availability of remdesivir injection is streamlined as soon as possible,” the administrator of the hospital said.

He added, “Minister Sudhakar, being a medically qualified doctor, should put his crisis management skills into use by speaking to representatives of small hospitals as well instead of making decisions based on inputs given only by big-chain hospitals. This is the need of the hour.”

At the same time, 70 per cent of the total beds earmarked for Covid-19 patients in 57 private hospitals in Bengaluru (Urban and Rural) were occupied as on 8 pm on Sunday, official state government data indicated.

However, nearly 92 per cent of the total ICU ventilator beds were occupied during this time while nearly 80 per cent of the HDU (High Dependency Unit) beds continued to be occupied, as per the data. A total of 1,760 beds, including 90 beds with ventilator facility and 122 ICU beds, have been allocated for Covid-19 treatment in total from these hospitals.

The state government on Sunday opened a dedicated war room in Bengaluru to ensure oxygen for medical purposes is supplied to those in need in a timely manner.

A circular issued by the Drugs Control Department mentioned that the war room would operate out of the annexe building of the office of the State Drugs Controller situated on Palace Road in the state capital.

“The war room will help in monitoring the need and use of oxygen in hospitals, including at private facilities, across the state, keeping us aware of how to prioritise supply,” a senior official said.