The autorickshaw passenger who was carrying a bag with the IED has been identified as Mohammed Shariq, 24, an accused in two separate terrorism-linked cases in Karnataka. 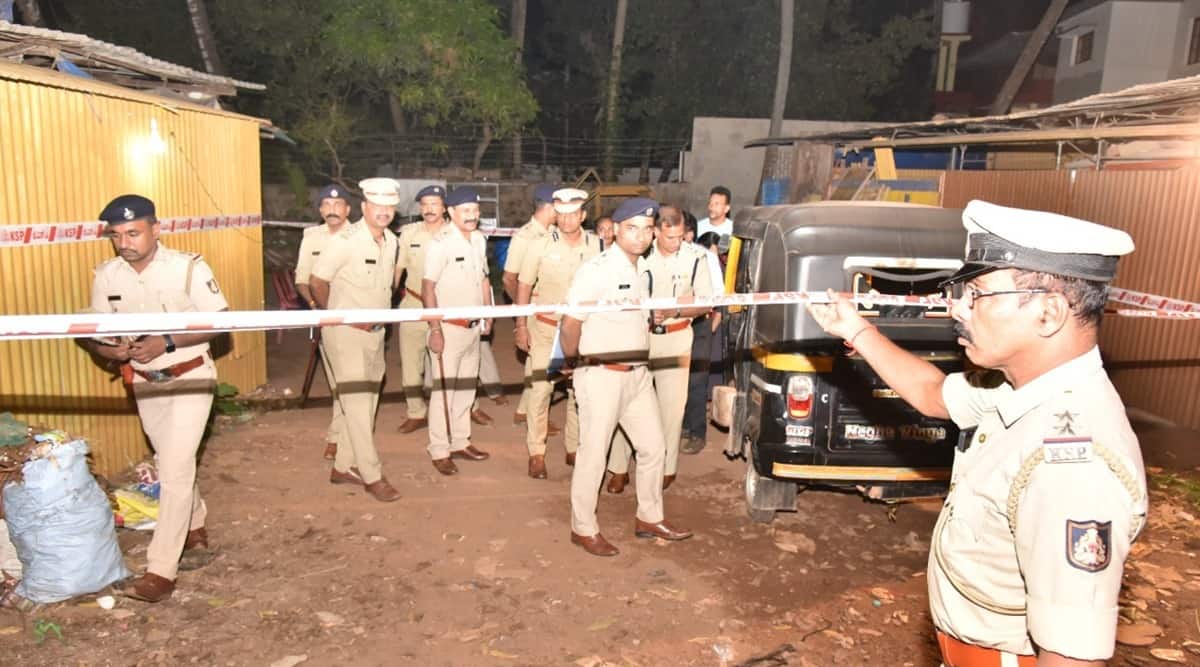 Police at the site of the blast

The makers of the improvised explosive device (IED) which exploded in an autorickshaw in Mangaluru Saturday had little experience in making IEDs, Karnataka Police’s investigation into the blast has revealed.

The police also identified the main explosive material used in the IED as around 500 grams of gunpowder – which has potassium nitrate as its main chemical and is easily available for purchase.

The police suspect “inexperienced persons” built the low-intensity device by referring to literature on making IEDs and using easily available materials, resulting in the accidental blast while the device was being transported.

While potassium nitrate or gunpowder was the main explosive in the device, the filaments of two 12-watt electric bulbs were the detonators, which were connected to a printed circuit board timer and three 9-volt batteries, the investigations have found.

Heating of the bulb filaments that were kept in contact with the gunpowder was to trigger the blast of the IED contained in a pressure cooker. The triggering of the device occurred prematurely resulting in its explosion in the autorickshaw while being transported, police sources said.

The autorickshaw passenger who was carrying a bag with the IED has been identified as Mohammed Shariq, 24, an accused in two separate terrorism-linked cases in Karnataka. Shariq is wanted in a terror case registered in Shivamogga, in September this year, for alleged links to the Islamic State (ISIS) and was arrested in 2020 for painting anti-national graffiti on a wall in Mangaluru, police sources said.

Two members of his family, who arrived in Mangaluru from his hometown of Shivamogga, identified Shariq on Monday.

The IED is suspected to have been built by Shariq at a rented house in Mysuru where he had been living since September when the Shivamogga police began investigations of an Unlawful Activities Prevention Act (UAPA) case and arrested two of his associates — Maaz Ahmed and Syed Yasin, both engineers. Shariq was reported as absconding when his associates were arrested.

The police are investigating whether Shariq received support for his activities.

The police claimed in September that the youths were linked to the ISIS and planning to “carry out jihad” and “stored material required to make explosives for the purpose”. They said the accused learned the concept of making bombs from videos.

After learning about the concept of making bombs from PDF files and videos shared by Shariq, the accused purchased timer relay circuits required for the bomb from Amazon. They also purchased two batteries of 9 volts each, switches, wires, match-boxes, and other explosive materials in Shivamogga, the police said in September.

“The accused had experimentally exploded the bomb made by them at a place locally known as Kemmangundi on the banks of Tunga river in Shivamogga district and the experimental blast was successful,” said a statement by the Shivamogga SP two months ago.

Police sources said Shariq had links with Mateen Ahmed Taha, who is said to be a member of ‘Al Hind ISIS’ which managed the terror outfit’s activities in Karnataka. Mateen also hails from Shivamogga and the National Investigation Agency (NIA) announced a reward of Rs 3 lakh in 2020 for information leading to the arrest of the suspected terrorist.