“For those on Twitter that have been wondering how ‘a Kamra goes on to perform while a Farooqui has had to quit comedy' we can find solace in the fact that the ruling class is at-least trying to oppress with equality,” Kunal Kamra tweeted. 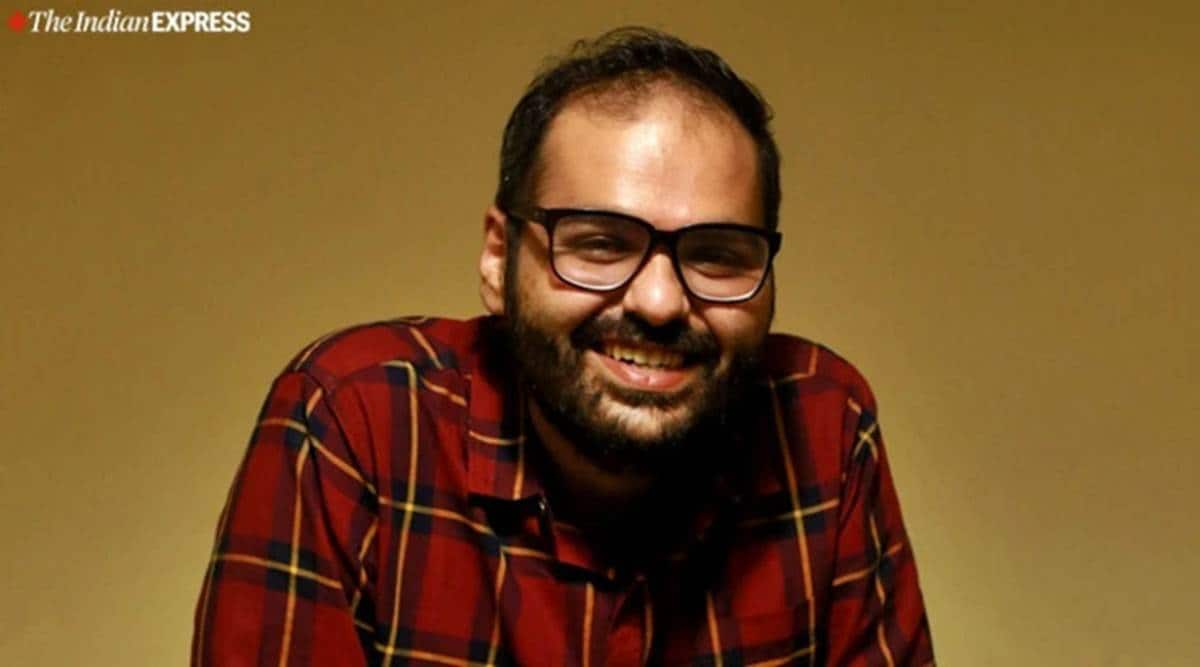 Days after stand-up comedian Munawar Faruqui was not allowed to perform in Bengaluru, comic Kunal Kamra Wednesday said his event in the city had been cancelled “over threats to shut down the venue”.

Kamra, a Mumbai-based comedian, announced the development through a Tweet Wednesday, where he wrote, “Firstly, we didn’t get special permissions to seat 45 people in the venue that can seat more. Secondly, threats have been made to shut down the venue if I were to ever perform there. I guess this is also part of the COVID-19 protocol and new guidelines. I suppose I am seen as a variant of the virus now.”

Comparing his event getting cancelled to Munawar’s, Kamra said both were being silenced in similar ways. “For those on Twitter that have been wondering how ‘a Kamra goes on to perform while a Farooqui has had to quit comedy’ we can find solace in the fact that the ruling class is at-least trying to oppress with equality,” he tweeted.

Opinion |Munawar Faruqui is not being bullied for his jokes, but for his faith

Kamra was set to perform a show titled ‘Kunal Kamra Live’ at a venue in J P Nagar in South Bengaluru between December 1 and 19. The show was scheduled to be held in Art Khoj. Speaking to The Indian Express, a representative from Art Khoj declined to comment on the cancellation of Kamra’s show, saying only the comic could comment on the matter. He, however, confirmed they have cancelled the event.

Earlier, Munawar’s show, scheduled for Sunday, was cancelled, with the police asking the organisers to call it off citing possible law and order problems. Munawar had spent a month in jail earlier this year on charges of “insulting Hindu gods and goddesses” during one of his shows.

He shared a statement on his Instagram account, saying that he had been put in jail for a joke that he had never made, calling it “unfair”. At the end of his post he wrote, “I think this is the end. My name is Munawar Faruqui and that’s been my time. You guys were a wonderful audience. Goodbye, I am done.” He captioned his Instagram post, “Nafrat jeet gayi, artist haar gaya (hate has won, artist has lost). I’m done. Goodbye. INJUSTICE.”

On the Kamra case, Bengaluru city police commissioner Kamal Pant told The Indian Express that the police had no role to play in it getting canceled. “The organisers have not approached the police for permission and we had no role to play. When it comes to Munawar Faruqui, yes we did not permit it because of the reasons which were mentioned in the letter.”

For Munawar, cops had said he was a “controversial figure”. “It is learnt that cases have been registered against him (Munawar Faruqui) in several states. There is credible information that several organisations oppose this standup comedy show and this could create chaos and could disturb the public peace and harmony which may further lead to law and order problems,” the letter had stated.