Sumalatha, the independent MP from Mandya, had submitted a memorandum to Murugesh Nirani demanding action to stop alleged illegal mining in the environs of the Krishna Raja Sagar (KRS) reservoir. 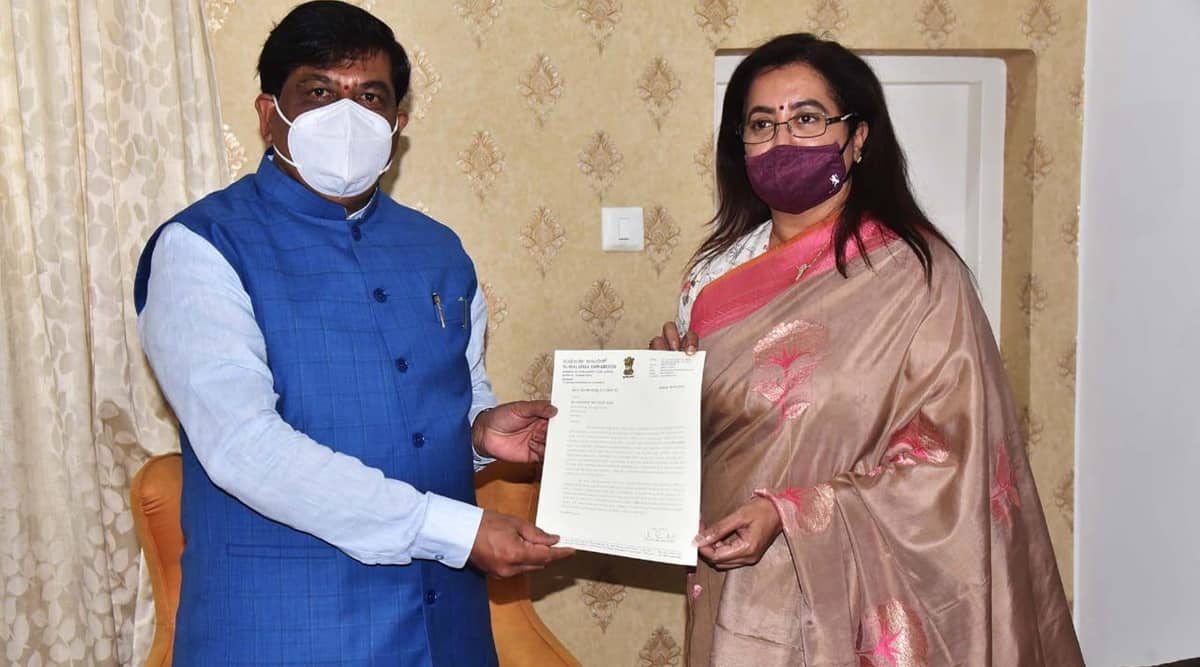 Karnataka Mines and Geology Minister Murugesh Nirani has said that he would visit areas in which mining is underway in Mandya later this week for an inspection. “The inspection in Mandya will be done this week along with the MP (Sumalatha), MLAs, MLCs, and other representatives of the region,” he confirmed.

The minister’s action comes after Sumalatha, the independent MP from Mandya met him to submit a memorandum demanding action to stop alleged illegal mining in the environs of the Krishna Raja Sagar (KRS) reservoir.

Nirani highlighted that mining activities were banned in a 15-kilometre radius around the KRS dam. “Officials were instructed to impose fines and to halt any mining activities violating the rules after some companies were found to be flouting them earlier. Based on the MP (Sumalatha)’s complaint, a team of officials had conducted a joint survey after which a report was submitted specifying no illegal stone mining activities took place in the areas in the last three months,” he said.

He added that the government would soon conduct trial blasts around the reservoir to study the impact and to ascertain a permissible magnitude of explosions. “The exercise will be carried out by Pune-based Central Water and Power Research Station CSIR-CIMFR… Officials were instructed earlier to conduct trial blasts and to submit a report. However, it was delayed due to the pandemic situation,” he told reporters in Bengaluru.

Earlier last week, Nirani had dismissed the allegations made by Sumalatha of illegal mining at Baby Betta. He had then said the state government would initiate a probe “if she (Sumalatha) can produce substantial evidence.”

JD(S) leader and former CM H D Kumaraswamy had locked horns with Sumalatha opposing the latter expressing concerns about the safety of KRS dam at a meeting. “Probably if she is made to sleep at the doors of KRS everything will be tightened and the water won’t flow. Without knowing about the work that is to be done, making unnecessary statements out of personal grudge won’t work,” Kumaraswamy had said without naming the MP.

Reacting to the same, Chief Minister Yediyurappa reminded the leaders to “live like siblings for the sake of the district’s development” urging them to stop politicising the issue.

Meanwhile, Leader of Opposition Siddaramaiah alleged that the BJP-led state government added to the controversy by not ordering an inquiry into the MP’s allegations that the dam was threatened by stone quarries.

Siddaramaiah noted that it was ideal that senior officers and scientists visited the spot and submitted a report. “With this not being done, allegations and counter-allegations by JD(S) leaders and the Mandya MP contributed towards the issue being politicised,” he said.

Further, the former chief minister said, “Kumaraswamy is unhappy with MP Sumalatha as she defeated his son in the (2019 Lok Sabha) polls.”

At the same time, the government also clarified that the dam was safe and was free from any structural defect. According to K Jaiprakash, managing director of Cauvery Neeravari Nigam Limited, the Dam Rehabilitation and Improvement Project consultant and Dam Safety Review Panel had inspected the gates of the dam on July 2 to find no structural defect in the walls.

Pune: With Augmented Reality, startup helps you order in restaurants like never before